The Well by Elizabeth Jolley

A common approach when talking about women writers is to outline the scope of their work, preferably to demonstrate and affirm its versatility and, implicitly, its value. There’s no doubt that Helen Garner, for example, has suffered under critics’ and reviewers’ insistence that her work deals only with a small domestic canvas (see her interview with Candida Baker in Yacker and Gina Mercer’s article in the June 1986 issue of ABR). Elizabeth Jolley, on the other hand, seems to cover a much greater thematic and stylistic range. Compared to Garner (who was once presented to us as the enfant terrible of Australian fiction), Jolley’s pictures of domestic life are much wilder, more dramatic, and more violent. Murder, madness, sexual and psychological violence abound, and many Jolley narratives in their bare bones are quite alarming and bizarre. Even so, there’s something very reassuring about listing the themes Jolley examines frequently, in cataloguing the repeated motifs, character types, and narrative modes that distinguish her work. It’s another reassuring critical commonplace that her work transcends boundaries of fact, fiction, vision, reality, and illusion.

One of the most frequently remarked motifs in Jolley’s work is possession. The object of possession can be land, a person, a home, though wealth and property are never valued for their own sake: possessions are important as they mark out physical or psychological territory. What has been less well recognised is the manner in which Jolley has simultaneously staked her claim to territory of a different kind: her distinctive subject matter, and her own personality as a public figure. It’s no wonder that reviewers have spoken so freely of the ‘world’ of Elizabeth Jolley. This recognisable territory is partly a function of her consistent interest in certain themes and issues, and partly a function of the continuous method in which Jolley writes, as themes, characters, and motifs recur in several stories or novels until they are worked through. The border between one story or novel and another is never arbitrary, but it is sometimes possible to see Jolley ruling off, for the time being, her treatment of a particular thematic or idea. Similar material will then reappear under a different light several years later.

I suppose many writers enact this kind of repetition compulsion, but Jolley is also very much the owner or conscious supervisor of this territory, playing an extremely complex game with the academic and literary press, and with the people who encounter and interview her. Just as reviewers and critics write of the manner in which she blurs boundaries between fact and fiction, reality and fantasy, Jolley is also busy confounding her roles as the author of, a character in and a commentator on her own work. It’s a conscious act of self-fashioning when, for example, she refers to her age, or her frailty, perhaps reminding people that it has taken them a long time to publish and appreciate her writing. Or again, when Helen Garner launched The Well in Melbourne, Jolley had to step up onto a platform to deliver her speech. As she came to the microphone, her first act was to describe herself, saying ‘She totters on to the stage.’ Jolley’s ability to distance and objectify herself has produced a displaced yet well-defined public character who is forgetful, hesitant, shy, and grateful for critical attention. Interviewing Jolley can be like meeting one of her characters, or worse and much more frighteningly, like becoming one of them, so persuasive is the ‘world’ she constructs. Her interview with Jennifer Ellison in Rooms of Their Own concludes at the point where Jolley has become a version of Diana Hopewell, and it’s also interesting to note that of all the writers who took up Candida Baker’s offer to correct the text of their interview, Jolley was the only one who retyped it from beginning to end, and Baker comments, ‘It came back more amusing and wry than the original version, but less personally revealing’. So the maintenance of Jolley’s lands, her life, her public persona and her art, is a complicated and paradoxical operation, since the territory whose borders she patrols is itself largely concerned with undermining or troubling the very notion of borders and boundaries, while simultaneously affirming the value of territory. It also seems to me a way of disarming negative criticism. However, it’s not often that this temptation arises, for Jolley is usually very, very good.

In one sense, The Well can be read as a return to the ground of Palomino and Milk and Honey. Needless to say, the landscape looks very different here, and I don’t in the least want to suggest that the latest novel supersedes or replaces either of the others. The Well is a very loving re-examination of the themes of those two earlier novels, friendship and love between an older and a younger woman, and the jealous possessiveness of over-devotion. The curious thing is, Palomino and Milk and Honey have been the least popular of Jolley’s novels. They are both comparatively early pieces, though published later, in 1980 and 1984 respectively, through initial rejection or Jolley’s own re-writing. These two are also the novels which employ the most conventional narrative method, although Palomino’s epistolary structure is not exactly straightforward. But in subsequent novels, Jolley has undertaken an almost hedonistic pleasure cruise through the delights of postmodernist narrative fragmentation, different narrative perspectives and the telling of at least two stories at once. The sequence of novels from Mr Scobie’ s Riddle to Miss Peabody’s Inheritance and Foxybaby explores the nature, the techniques, and the meaning of writing, while at the same time, Jolley ranges from black humour to nightmarish terror and riotous comedy.

But all this has changed in The Well. This seems to me an extremely elegant work, pure as refined gold in its intent and highly polished in its accomplishment, without a single scratch or smudge to dull its gleam. Its story is simple in outline, intriguing in detail. It is a detective novel without a detective, a thriller without a conclusion, a biblical allegory, a psychological and symbolic narrative, a romance, and a good story. Like Palomino, this novel tells the story of a rescue by one woman of another, younger one. Miss Hester Harper, an ageing landowner, takes on a teenage orphan, Katherine, as a companion and a protégée. Gradually, Miss Harper’s drought-stricken land is rented, then sold, to pay for the items of luxury the two women come to see as essential for their happiness: ‘She bought clothes, foods, furniture, cassette players and transistors. They were always needing batteries, cassettes, cooking utensils, jewellery, materials and trimmings, oil paints – for they both fancied themselves as artists – guitars – for they thought they could create a group …’

After a while, living in a tiny cottage on the edge of her father’s property, the only connection Hester has with the land she no longer owns is the cool sweet water that flows deep beneath the fields, the water which once used to rise in the old stone well near the cottage. One dark night, however, the well becomes a grave. The inexperienced Katherine is driving; there is an accident, and a body is hastily thrown down the well without being examined. The accident triggers off the tensions in the relationship that have been kept submerged, and as the rains start to fall, the water in the well begins to rise like Katherine’s repressed and unfulfilled sexuality. Hester’s fears and desires must give way to Katherine’s wishes and fantasies: if the man at the bottom of the well really were still alive, and really did want to marry Katherine, as she claims, how could Hester stand in her way?

The mystery is confounded by the fact that we are told nothing of Kathy’s feelings, for this is a story about Hester’s possessions. But it’s also about her own childhood, and the lessons she has refused to learn from the German governess who brought her up. The novel is told through Hester’s consciousness, and much of its drama comes from watching Hester wrestling with that consciousness, keeping certain things submerged, and allowing other things to rise to the surface, or watching Hester acting contrary to her own desires to please Kathy: She reluctantly agrees to invite Katherine’s friend to stay: ‘Hester was aware that her voice was self-conscious and gruff. As she spoke she wished she was not saying the things she was saying. Immediately she pictured the two girls endlessly together, perhaps laughing about her behind her back; talking in low voices in their room at night – with the door closed so that she would hear their voices, intimate, with little bursts of mirth and affection from which she would be excluded.’

So, like the story of Elizabeth Jolley’s presentation of herself to the world, this is another story about fashioning female characters, especially as they grow from childhood to adolescence and from adolescence to womanhood. It’s also about the danger of giving up one’s territory. One thing, at least, is sure: Jolley will not readily make the same mistake. 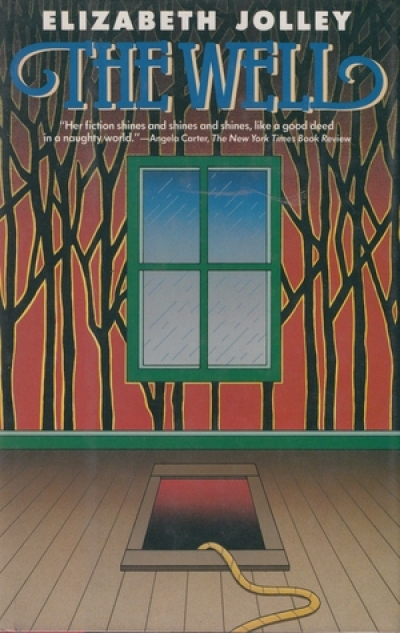