Desert Mother is a collection of poems from a West Australian writer in his late twenties who now lives in Sydney. Many of the poems in it have a double layer of nostalgia – a personal one, for a lost adolescence, and a general one for small towns left on the edge of history.

The book’s epigraph, a quote from James Taylor, contains the phrase ‘this is just a small-town city’. Such places are where losers and no-hopers drift to, while progress rolls forward on its cater­pillar tracks. There are a number of poems about losers in this book: drunks, old homosexuals, deracinated urban Aborigines and suicides – and they are all presented with a fine balance between involvement and detached observation.

The last four poems capture the spirit of old mining towns – the fruitless toil, the hollow dreams, and the wind and sand eroding it all.

The earlier poems often locate themselves in an adolescent arena. Perhaps ‘teenage’, a word invented in mid­century America, would be more appropriate. As Collier says, in the poem ‘Eats’ he was ‘brought up on America’s / visual offal system’, and was thus twice removed from the centre of things:

Blue jeans, hamburgers, jukeboxes and rock’n’roll invest these poems with an air that is at once sadly transitory, because such consumer tokens are prey to the market demands of changing fashion, and permanent, because of the frozen glow that illuminates them in the fossilising context of history. Under the lends of nostalgia, a fad can become an artefact.

And often Philip Collier succumbs to the temptation to build poems from such cultural bric-a-brac – descriptive, incidental, anecdotal, some of them are too light to compel a full response from the reader, and many of them fail to draw a clear point from the mass of detail they present.

Yet the absence of a firm conclusion is no bar to good poetry, and the lack of a moral to many of his stories is both refreshing and appropriate to the role he has chosen. If his landscapes drawn from the metropolis, outer suburbia and fringe dwellings lack the resonance of a Michelangelo, they at least display the easy accuracy of a Hockney, together with a good deal of verbal wit. In the poem ‘Radio Time’, about teenagers on the beach, the tone of cool observation switches back on itself at the turn of a line-ending: ‘On the Esplanade / were cars with radios playing / songs about cars.’

The stylistic surface moves in an area between a vernacular made up of youth sub-culture dialects and a literary baroque stripped down to wordplay. The epigraph from William Carlos Williams (from the first poem in the book) warns the reader to be ready for poems with a lot of short lines, and there are many such spindly ladders of lines, falling from one truncated phrase to the next. The dangers of this clipped style are well known by now, some fifty or so years after its founding: enjambments that have no prosodic function because they are mandatory for each line, and the unavailability of the complex interplay between semantic, syntactic and prosodic structures that a longer line affords.

To fill these gaps, Collier calls on a style that is alternately simple and com­plex, sometimes using plain qualifying phrases for each line (‘The old recalcitrant/ who’d sat for years/ on the porch  I across the street’) with forced, non­functional enjambment and skewed syntactic sub-structures (‘finally with her / eighty years on / high flights of steel / eyed magnates staking’).

There are poems that remind me of Kerouac (‘Eats’), Rae Desmond Jones (‘Grid Games’, which neatly counter­points suburban sex and Scrabble) and Nigel Roberts (‘For Geoff Jones …’ etc.) The last is the only poem in the book with an eccentrically staggered margin, itself almost a Nigel Roberts trademark as well as a bow to the American field theory poets. Philip Collier seems to be working his way through his influences and despatching them with a poem apiece, which is an encouraging sign in itself.

His first book of poetry, Violins in the Swamp, was published in 1974 by the Western Australian Institute of Technology. Desert Mother is his second volume, and it is to be hoped the Fremantle Arts Centre Press can find in the eastern states a wide distribution for this attractively-produced book. Collier has not yet arrived at a fully mature and convincing style, but he’s headed in that direction, and his sketches of the passing scene are well worth looking at.

John Tranter’s two latest books Urban Myths: 210 Poems: New and Selected (2006) and Starlight: 150 Poems (2010), have together won six major Australian awards. A new book, Heart Starter, will be published in 2014 in Australia and the United States. He received a Doctorate of Creative Arts from the University of Wollongong and is an Honorary Associate in the University of Sydney School of Letters, Arts and Media and an Honorary Fellow of the Australian Academy of the Humanities. He has published more than twenty collections of verse, and has edited six anthologies. He founded the free Internet magazine Jacket in 1997 and granted it to the University of Pennsylvania in 2010, he is the founder of the Australian Poetry Library at <http://poetrylibrary.edu.au> which publishes over 40,000 Australian poems online, he founded the Journal of Poetics Research at poeticsresearch.com, and he has a Journal at johntranter.net and a vast homepage at johntranter.com. 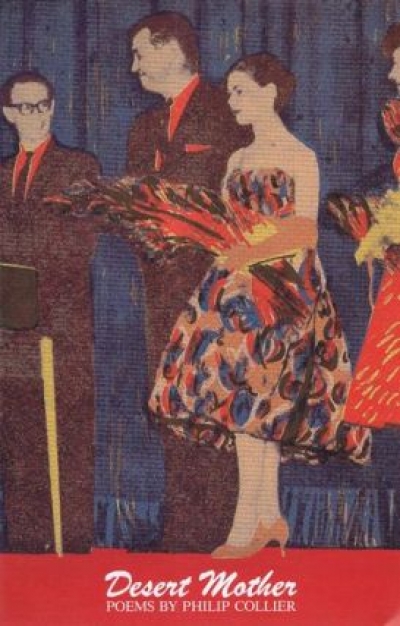