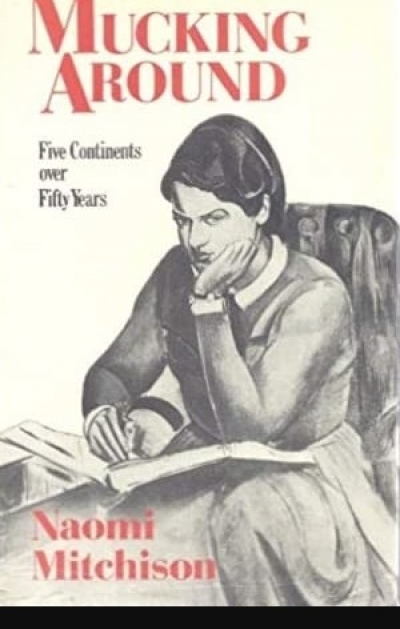 In this, her fourth autobiographical volume, Naomi Mitchison takes on a difficult task – that of making travellers’ tales interesting. Her first three autobiographies dealt with childhood, youth, the between-war years. She demonstrated great literary skills in selective recall and in creating the wholly misleading impression that this was an artless narrative. In fact she gave us a brilliant account of the lives of a section of the British upper bourgeoisie, and the moving and honest story of her own growth into political radicalism.

Now this sister of J.B.S. Haldane changes course, and talks of her many foreign excursions: pre-war eastern Europe, several visits on peace missions and the like to the Soviet Union, her times in India before and after her brother’s death there, and much on the politics of Black Africa, where she has played a distinguished part as a political and cultural emissary, being declared a ‘Prohibited Immigrant’ in Ian Smith’s Rhodesia.

We also get a brilliant vignette of Australia: a wombat trying to break into Clif Pugh’s house at Cottle’s Bridge in Victoria ‘like an elderly inefficient burglar’, and a trip to the North with Pugh, writing articles, looking and thinking. What Naomi Mitchison learnt is put down with plenty of words in the right places but with the overall economy of a master craftsman.

Born in 1897, Naomi Mitchison has been a writer and activist all her life. An English reviewer has remarked of her that she is one of the finest products of an imperial tradition which she has helped to dismantle. Her books point to one great truth: that the true radical sees theories in terms of people, and not the other way round.

Stephen Murray-Smith was an Australian writer, editor and educator.

Stephen Murray-Smith was an Australian writer, editor and educator.