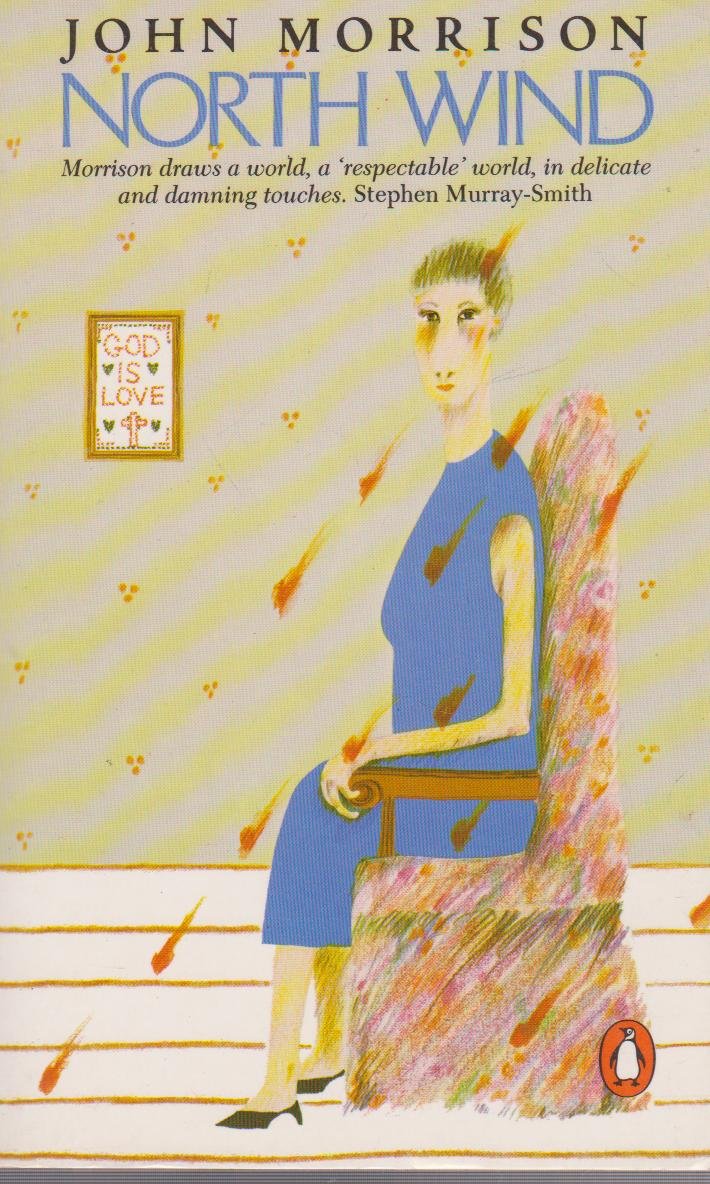 These two works of fiction at first seem to offer only a contrast in literary style and method.

John Morrison’s book is a collection of stories ranging from the title story, published in his first collection, Sailors Belong Ships (1947), to four not previously published in book form.

It includes the powerful and characteristic ‘Pioneers’, set in the back country beyond Bendigo. In this the author takes us into the mind of the farmer whose pride and self-sufficiency has led to bitterness and obsession as he has turned the whole world, including his wife and family, against him. Yet, if this is a morality tale, it is also a modem morality, as the author skilfully shifts the reader’s sympathy back from wife to husband, and then distances him from both with his reflection, after the horrifying conclusion, that ‘I don’t know which of those two people haunts me most, Roy or Ada’. This sentence completes the movement of the narration from recall of a bush incident to a fascinated insight into two minds feeding off each other’s deformities to a contemplation, which that verb ‘haunted’ still keeps involved, of the capacity of humans both to create their own hell and to people it with their own monsters.

This insight of Morrison links his work with Rodney Hall’s, which seems to be pure fantasy in an Australian bush setting. While Morrison presents us with a world of ordinary reality and then proceeds to strip away its surfaces to reveal unguessed fantasies beneath, Hall takes us off to a remote mining community where time seems to have stood still and where dissidents must be either absorbed or expelled. He then involves this community in contemporary Australian history as an actor forced to fight for a survival, which, for all the elements of fantasy, it has to seek in a material, albeit unfamiliar, world.

In his introduction to North Wind, Stephen Murray-Smith properly draws attention to the humanity of Morrison’s work, to the underpinning ethic which his awareness of human complexity never allow him to turn to preaching, to his craftsmanship and to his commitment to the ‘old-fashioned’ belief that the function of the artist ‘is to move his audience emotionally’.

Murray-Smith also argues that Morrison’s stories cannot be reduced to mere parables, still less to ‘an instrument in the social struggle and nothing else’. It is important, however, to recognize that they are rooted in the experiences of work and its concomitant travel. Morrison’s narrators meet the characters who command their interest while they are working as gardeners or wharfies, or while they are travelling by car, train and tram. His stories start from the precise historical world encountered by Australians in the three or four decades after the Depression. His political strength is that he understands both the limitations imposed by this world and the strength of the resistance which ordinary people brought against it.

In this collection, however, the emphasis falls elsewhere. The lack of chronology or bibliography prevents the reader from gaining from it an impression of Morrison’s development as a writer, and, although it includes earlier work it excludes such classics of political realism as Going Through, the story which captures more of the reality of unionism than any mere history could ever do. It is therefore a collection neither of his best nor of his most representative, but rather of that work in which his characters are reactive to their situation, creating their private selves rather than acting in a public world. These worlds vary from the bitterly regressive of Pioneers, to the hermetic of The Sleeping Doll who exacts bloody and irreproachably correct retribution for his boss’s fully justified contempt for him, and to the defiant motherliness of his fellow-passenger in ‘Dog-box’ or the tenderly delicate late romance of the elderly couple in Transit Passenger.

Rodney Hall’s novel shares with Morrison’s stories a respect for age, not in the sense that age brings wisdom – both are only too aware of the crabbed bitterness which can sour maturity – but in seeing it as a time of life lived at least as intensely as any other, and perhaps more so, because all earlier hopes and disappointments remain keenly alive. Thus his novel moves from a scene of old age defiant, through an episode in which the young men enact the recurring rituals of comradeship and departure, to a conclusion when the old lead their town to a new beginning.

The locale of this drama, Whitey’s Falls, will not however be found on any map. Its history is that of Australian settlement, where whitey’s hopes have continually been disappointed, but it’s present is ruled by crumbling buildings and stubborn oldsters who wait outside history while they nourish their own unending feuds and terrors. Yet although the town they inhabit exists only in the country of the mind, it is filled with all the nastiness, as well as the occasional strength, of any small Australian town.

The presiding matriarch is Felicia Brinsmead, who, in complicity with the store, her saintly-appearing brother Sebastian, and their son Fido, has conspired to bring time to a halt. The conspiracy has been abetted by the fact that the town has been stricken by a plague of male children, so that continuity is destroyed and each generation must leave home in tum, leaving only stasis and decay.

This equilibrium is destroyed by the almost simultaneous arrival of a letter from the Aesthetic and Historical Resources Commission, Vivien Lang – niece of a long-departed local paramour – a senator and a road. These arrivals precipitate the town back into history. Vivien infatuates young Bill Swan and his mate, and her relationship with Bill promises procreation and a renewal of continuity. The town forms a committee to combat the senator and his road, and refuses the offer of regeneration as an historical exhibition. Bill’s mate goes bush, his employer returns to his Chinese circus, Fido escapes from his house and blows it up. Life goes on.

This realism of plot, character, and incident occurs, however, in a recurrent context of unreality. Bill’s mate not only goes bush, he becomes bush. The whole mountain is discovered to be gold, and the town is destroyed in the same rush that fouls up the economy. The senator’s committee is defeated by spontaneous and collective mortality. Individual characters seem to contain within themselves not only their own past but the whole past of humanity, if only they could learn how to release or fulfil it.

Hall’s collection of poetry, Black Bagatelles (UQP, 1978), showed that he was one of the most interesting poets presently writing in Australia – or anywhere. This novel shows he is also one of the most remarkable writers of fiction. Within its mixture of fantasy, humour, and realism it comprehends a mythical history of Australia, but unlike much Australian writing this history is committed to the future. Hall is always conscious of the fact that he is creating a fictional world, but despite the stretch he allows the human spirit in this world it always remains bounded by physical reality. This reality, however, includes infinite possibility. As Sebastian confides at the end of the book to Tony McTaggert, now metamorphosed into an odyssean and ecological Nobody, ‘Miss Brinsmead and I shopped everywhere...to see if a better society could be bought for us with the Fleece. But we never found one.’

The ambiguity of the conclusion reflects both the disappointment of hope which is the story of Australia’s booms that always bust, and an expression of faith that there is no better society, and so it is always worth going on building this best of all possible worlds. 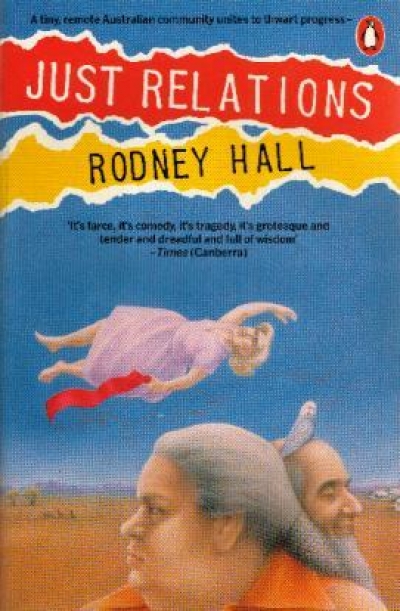