Anyone who saw Neil Armfield’s production of David Hare’s Stuff Happens at the Seymour Centre back in 2005 would surely look forward to a new collaboration between the director and author with keen anticipation. Stuff Happens was largely verbatim theatre, with actors speaking the words of the main political players during the invasion of Iraq as Hare imagined Tony Blair, George W. Bush, Colin Powell, and others revealing the deceit of the hidden ‘weapons of mass destruction’. Many in the audiences for that play had marched in protest at the invasion, and Hare confirmed how right we were. Hare’s latest political play, I’m Not Running, opened at the National Theatre in London at the beginning of October, with Armfield as director and his old Belvoir Street collaborator, Ralph Myers as set designer.

As it happened, on 20 October 2018, London saw its largest demonstration since the Iraq war, this time a protest against the plan to leave the European Union and the shemozzle of deals and counter-deals that have ensued. On the way to London, my train carriage stopped opposite a shrine to the Labour MP Jo Cox on Batley station – a reminder that this has not been simply an argument of ideas. But I’m Not Running makes only tangential reference to Brexit; it is directed at Labour Party politics and the monolithic way that party organisations promote insiders and control policy. Hare seems to be deploring the way that ‘professional’ politicians from the legal and union ranks keep talented people with a range of experience away from positions of power. The main conflict in the play is between a doctor – angry at the closing of hospitals and who has entered politics as an independent – and her old friend and lover, a lawyer from a prominent Labour family rising through the Party ranks with an awareness of the compromises necessary for government.

So the play turns away from the realities of current power, with a Tory government led by a woman prime minister and a desperately divided British society, to concentrate on the condition of the British Labour Party. In performance, it contracts further to examine one woman and her relationships with her former lover, her mother, and her faithful supporter. The play represents the public world through a frame of press conferences and projected television interviews while confining the drama to a series of domestic scenes – almost all two-handers – in which the woman politician argues with, or confronts, one of the other characters. 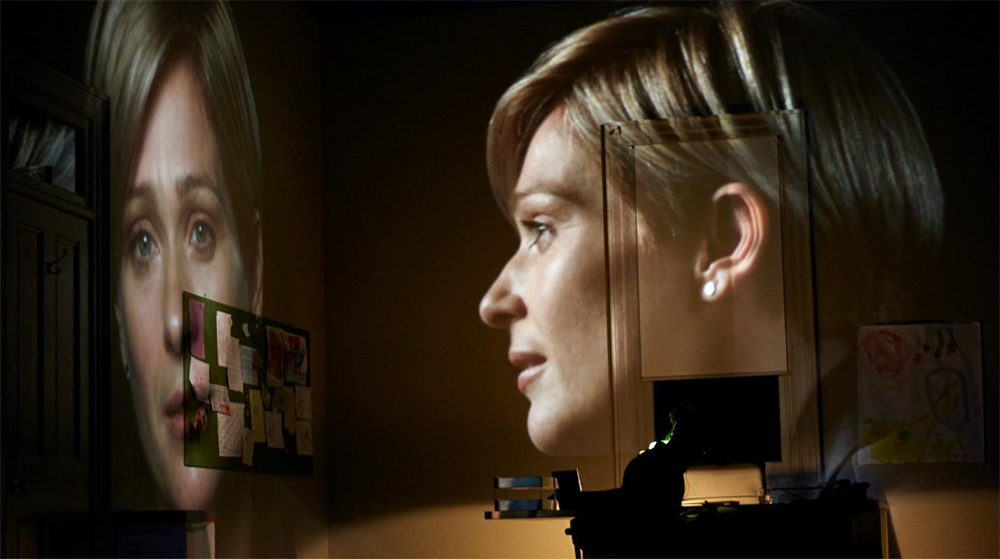 The essentially domestic level of the drama is out of kilter with the scale of the vast Lyttelton Theatre stage. Ralph Myers solves the problem by creating a revolving white box, open on two sides, that variously becomes a student bedroom, a hospital ward, a kitchen, a parliamentary office, and so on. The actors are miked to reach beyond this box to the audience and to match the sounds of the projected interviews and the journalists’ questions. They all work hard with dialogue often clichéd and sometimes silly.

Siân Brooke as Pauline, the independent politician, delivers feminist platitudes with conviction and even manages to get laughs from some obvious throwaways. But she is forced to create the conflict in every scene as she argues with lover, mother, political activists – even fellow hospital workers. Many of these scenes are crudely expository and most are too long. 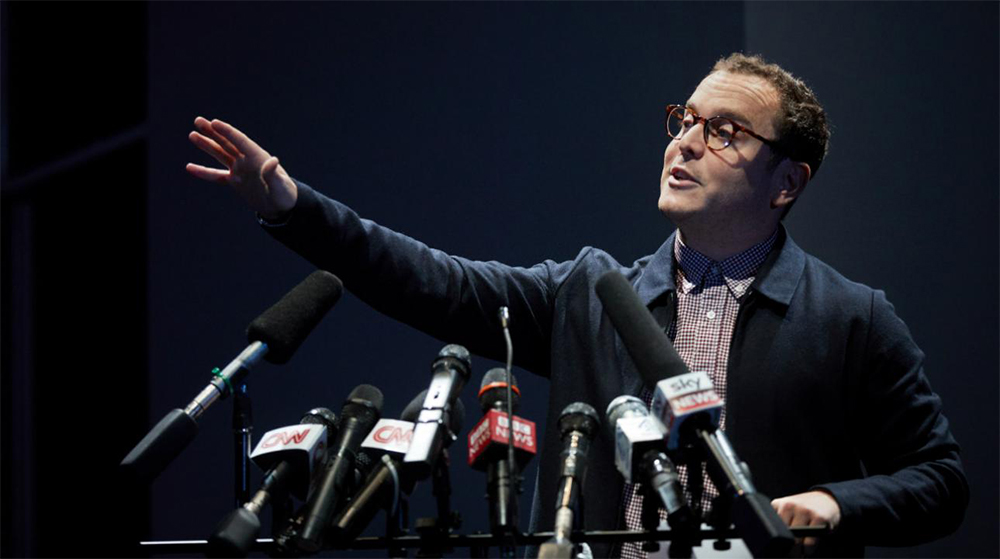 Joshua McGuire in I'm not Running (photo by Mark Douet)

On the surface, Hare appears to be on the side of the single-issue politician and her commitment to the National Health system, but he does her (and women politicians) no favours by saddling her with the sentimental position, constantly falling back on her emotions to make her case, even expressing her contrary individualism by smoking (a doctor campaigning on public health issues!). Jack, the Millibandish Labour politician, makes all the rational cases for broad politics over single issues, except for an implausible recourse to sexual vanity near the end. Pauline says, ‘The two most powerful words in the English language: hospital closures.’ Apparently, the lies about NHS funding did influence the Brexit vote. Surely, though, many in the audience will understand Jack’s argument for health care rationalisation. Jack says, ‘The Labour Party isn’t interested in winning votes’, and gets a good laugh, but that is also patently untrue. 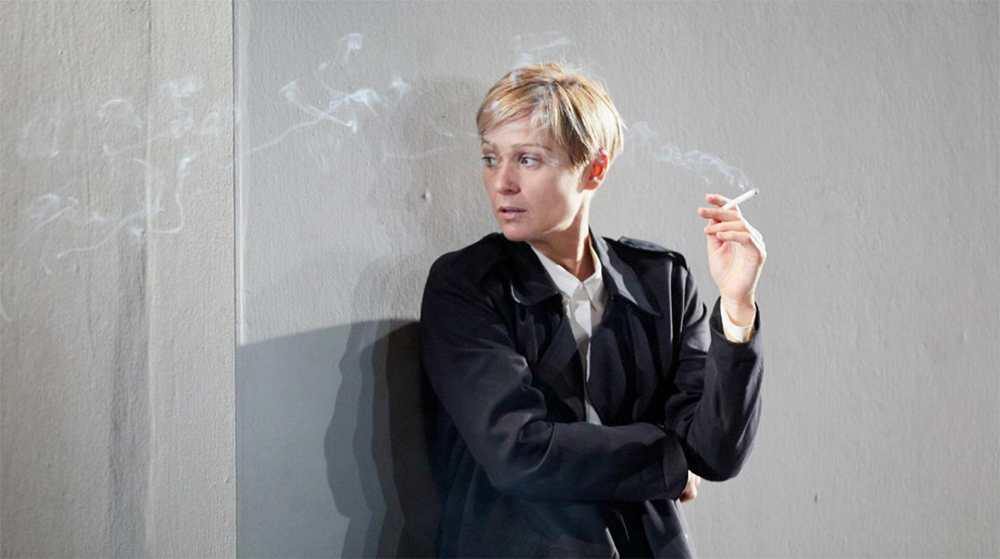 Siân Brooke in I'm Not Running (photo by Mark Douet)

Like so many politicians, the play is long-winded and full of slogans, but Hare’s commitment to political ideas makes it stimulating and interesting. He reveals his own sentimentality about the Labour Party as he turns away from the current political crises created by the Tories. An Australian may notice the mirror image on the right of our political world, with the success of our own populist Pauline and Julie Bishop’s dry comment about the Liberals’ inability to ‘find’ a competent woman to lead it. But that needs another play.

In the foyer before the play, patrons could be heard grumbling about the nearly three hours they were expected to sit in the theatre, but most seemed content with the engaging performances by the end. Perhaps, like the Brexit situation, there were aspects of it that an Australian simply could not fathom.

I’m Not Running, directed by Neil Armfield and written by David Hare, is being performed at the National Theatre (Lyttelton) in London from 9 October 2018 to 31 January 2019. Performance attended: October 23.