As I sat through the standing ovation that greeted the performance of the Nick Enright/Max Lambert musical Miracle City that I attended, I wondered why it is that some productions seem to get a free ride. Few regular theatre-goers would disagree with the contention that we are at present in Australia living through a golden age of acting talent. The huge boost in arts funding by the Whitlam government combined with the pioneering efforts of people like Betty Burstall, Ken Horler, and John Bell, plus the burgeoning of theatre academies, have produced a generation of vital and versatile performers. Post the arrival of Neil Armfield, Gale Edwards, and Barrie Kosky, there seemed for a while to be a lacuna of interesting directors, but recent years have seen an exciting proliferation of new directorial flair.

The combination of mature and maturing talent has over the past few seasons produced some extraordinary work. An off-the-cuff and by no means exhaustive list would include Belvoir’s Angels in America and Once in Royal David’s City, Sydney Theatre Company’s Waiting for Godot and Mojo, Griffin’s The Boys and The Floating World, Hayes’s Sweet Charity and The Drowsy Chaperone, and Melbourne Theatre Company’s controversial The Sublime.

‘Why it is that some productions seem to get a free ride?’

However, alongside these successes are productions that completely miss the boat but are greeted with reviews that range from the respectful to the ecstatic, and to which the audience respond with ardour. Two in particular have resulted in critical acclaim and sold-out seasons. Kip Williams’s production of Macbeth, in which the audience sat on bleachers on the stage while the actors occasionally roamed through the auditorium to no great effect, is a case in point (see Jonathan Dunk’s review in ABR, September 2014). Other than this gimmicky idea there seemed to be no overall directorial approach to the play, and for some reason the extremely high-powered and talented cast were encouraged to recite their lines in the sort of orotund declamatory style that I thought had gone out with the end of the touring productions of that old British ham Donald Wolfit. Storm and fury signifying not much at all. Yet the only reason the packed audience didn’t rise as one at the conclusion was probably out of fear that if they had the bleachers would have collapsed under them.

The pyrotechnical wizardry of Eamon Flack’s production of The Glass Menagerie could not conceal his complete misreading of the play (see my online review in Arts Update). He had his actors play the piece as though it were not by Williams but by Strindberg, and most of the lyricism of this supremely lyrical play was swamped by the sturm und drang of the production. Yet once again the audience leaped to its feet and ovated madly. For many reviewers it is the production of the year. 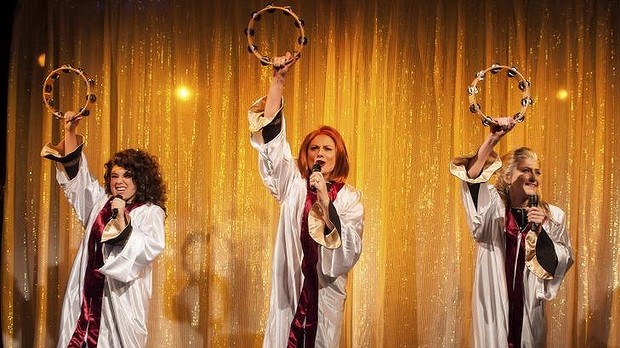 Miracle City was first produced as a workshop production by the Sydney Theatre Company in 1996. Because of its creators’ other commitments and then the tragic death of Nick Enright in 2003, it has never been revived until now. But far from gathering dust it has over the years been accumulating kudos as the great undiscovered Australian musical. So there was much anticipation when this production was announced. It turns out to be much what it was meant to be in 1996: a workshop play in the early stage of development, which, given the talents of its creators, would surely have acquired the depth it conspicuously lacks in its present form.

Set in the 1990s in a television studio in Tennessee, it takes place during the Sunday broadcast of the Truswell family’s evangelist show. The Truswell ménage appear to be the ideal Christian family, but all is not as it seems. Father Ricky has sunk their fortune into the construction of his dream religious theme park, Miracle City, and, unless they can come up with more cash in a hurry, in good biblical fashion the writing will be on the wall. He has invited as guest preacher the supremely rich, successful, and corrupt evangelist, Millard Sizemore, and plans to persuade him to contribute to the project. But Sizemore’s collaboration comes with a steep price. He will only bale Ricky out if he can marry Ricky’s nubile teenage daughter. Faced with this ultimatum, the Truswell family unravels as the broadcast continues. 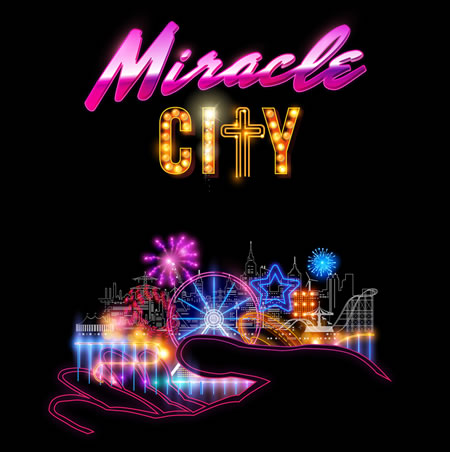 Setting the play in real time gives it an impetus, but it makes some of the twists of the plot unbelievable. Moreover the characters are undeveloped. The most successful salesmen are those who can convince themselves of the value of their product, at least while they are selling it, and what makes the televangelists interesting is working out to what extent they have managed to persuade themselves that they are doing the Lord’s will. Although Sizemore is portrayed as a clichéd, hypocritical villain, we are never sure whether Ricky is an out-and-out phoney or if he believes that Miracle City will be not just a money-maker but a place of spiritual renewal. His bewildered and finally disillusioned wife, Lora Lee, is drawn more clearly, but the constraints of real time make her emotional journey seem rushed.

Since all the songs are part of the broadcast, Lambert is forced to work in gospel vein. Although they come across authentically, it makes for a musically repetitive evening. Still, he manages to break out with the beautiful ‘I’ll Hold On’.

The performers attack their roles with energy, but their accents are all over the place and the sound system is of no help. Most of the lyrics were indecipherable.

There are the makings here of an interesting exploration of the merging of faith and commerce. Had the two creators been able to work further on Miracle City, I too would probably have been on my feet applauding.

Miracle City, directed by Darren Yap and based on the book by Nick Enright and Max Lambert. Presented by Luckiest Productions. Performances continue at Hayes Theatre, Sydney, until 16 November 2014. Performance attended 23 October.