When a film is created by an equally renowned cast and crew, it can be difficult to identify the most notable contributors. In praising or blaming, we often focus on the director or the actors. In this instance, however, it is the screenwriter’s efforts that command our interest and ultimately reorient what could have been a straightforward narrative.

It’s perhaps no surprise that Cormac McCarthy’s name has strategically accompanied Ridley Scott’s in the publicity for his new film, The Counselor, often sharing equal billing with the director. The celebrated author of such novels as The Road (2006) is an experienced screenwriter, with The Gardener’s Son (first published in 1996) screening on PBS in the late 1970s, and No Country For Old Men actually beginning life as a screenplay.

While most reviews of the film have roundly condemned the plot’s convolutions, its crude estimations of feminine disposition, and the dialogue, there is much of value here, especially when considering the film as coextensive with McCarthy’s other works. To be sure, the story explores some territory that will be familiar to McCarthy devotees – the south-western topos; its violent, criminal foundations; the nihilistic world view they sponsor – but also some that is a little less recognisable – dominant female characters, and the possibility of romantic love. Indeed, the film’s most infamous set-piece revolves not around violence, but sex. 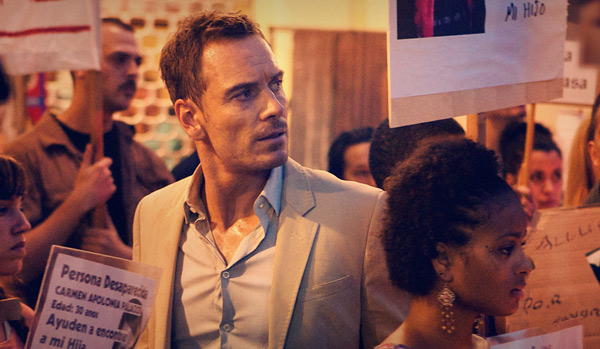 Michael Fassbender in The Counselor

The film follows the eponymous Counselor (Michael Fassbender), infatuated with his fiancée Laura (Penélope Cruz), but also seeking his fortunes by the most underhanded means. He is lured into the drug trade by Reiner (Javier Bardem), whose girlfriend, Malkina (Cameron Diaz), the true mastermind, orchestrates the theft of a large amount of drugs from a Mexican cartel. The Counselor quickly finds himself out of his depth, but there is little he can do to reverse the series of brutal events that unfold.

As elsewhere in McCarthy’s fictional universe, one wonders about the worth of high art, of philosophising; indeed, of any attempt to impose meaning or order upon a world that cares little for it. Which is not to say that this is neither the time nor place for such speculative pursuits, but simply that it is difficult to separate an event from its significance, because fate doesn’t allow time for reflection. ‘I don’t mean to upset you,’ Jefe, a senior member of the cartel, informs the Counselor, ‘but reflective men often find themselves at a certain remove from the realities of life.’ There is little sense in reckoning the allure of El Paso, or the perils of the Juárez drug trade, by way of any erudite cultural references, since out here, beheadings and mutilations are ‘just business’.

We see this in the Counselor’s meeting with Westray (Brad Pitt) to discuss the profitable consignment of cocaine from Mexico. All going well, the deal, his first, stands to net him a considerable amount of money. The conversation is all business until the Counselor asks about the middleman’s black eye. ‘Anyway, that was in another country,’ Westray reassures his new client. ‘And besides the wretch is dead?’ rejoins the Counselor, but the (incorrect) completion of the quote from Marlowe’s Jew of Malta is clearly lost on the other party. With lines like this, we might even briefly recall the judge from Blood Meridian, whose book smarts have a remarkable value in the wild borderlands of the American West. Comparatively, for all his wit and knowledge of the law, the Counselor is uncomfortable on the Texas frontier, and his efforts to comprehend it are found wanting. 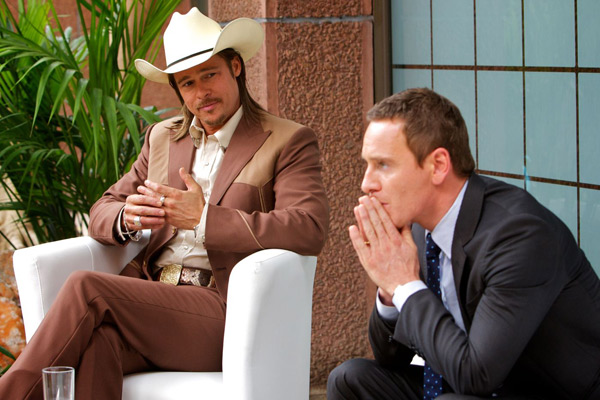 Brad Pitt and Michael Fassbender in The Counselor

But there is discord here. Even in this world, where contemplation is devalued, and a poet would give ‘every line he wrote for one more hour with his beloved’, the film, which runs for almost two hours, demands a great deal of concentration from its audience. The dialogue has been critically derided as verbose, or overly abstracted, but it is precisely this bewildering excess of language that forces us as viewers to adapt to the film’s rhythms, which are dictated not by action, but by speech.

‘Amid this saturation of glitz, the film doesn’t quite seem to earn its final act’

Even if the seams show in parts, there is something fascinating in the uneasy fit between McCarthy’s screenplay and our expectations of a Ridley Scott film. Tonally, everything on screen is ostentatious, the gaudiness of Malkina’s two domesticated cheetahs matched by the exotic tattoo on her neck. An indulgent colour palette suffuses everything we see. Amid this saturation of glitz, the film doesn’t quite seem to earn its final act, the shift to the more earnest, sombre moments going against the grain of the earlier sequences. Much of this also hinges on the actors’ performances and on our willingness to accept the strange sounds of McCarthy’s words in their mouths.

In trying to understand The Counselor, we could do worse than follow the lead of one of the film’s first scenes, in which a diamond dealer advises our protagonist about the right stone for Laura’s engagement ring. ‘Remember that you are not looking for merit,’ the dealer tells him. ‘This is a cynical business. We seek only imperfection.’ Reading the screenplay, it is clear that McCarthy has set about his task – as always – with a kind of lapidary precision, his prose expertly weighed. And yet the transition to the screen makes those words seem ungainly, almost as if they are too much for the visuals they're paired with; it’s how we account for this uneven experience that makes all the difference.