Steve Brock began writing in the shadow of the New York school, but in ‘dreaming with Ted Berrigan’ – ‘I can’t remember if he said anything’ – might be saying goodbye to those earlier cool dudes and already anticipating the more variable temperature of South American poetry. He has spent a lot of time in Chile especially, and has translated extensively from the Spanish. Of course, Latin American models are a pretty broad canvas. Just to take the temperature of Chilean poetry – Nicanor Parra is drop-dead cool, Neruda is hot. What seems to be emerging on Steve’s recent work is a relaxed, often laconic style which is heading back home across the Pacific to be its own influence. It is deceptively unrhetorical, but it contains multitudes.

Coleridge said we are given the Beautiful – but we must ‘seek out, or give, contribute or rather attribute’ the Sublime. Cath Kenneally is a poet of the everyday sublime in her predominantly, but by no means exclusively, small seekings-out, small celebrations, small attributions. Often these take place indoors, as in the word sketch ‘A Rich Full Life’,k which is a still life on a table. Well, a poem is also a kind of drawing or painting: graphite on paper/jet-ink on paper. Kenneally wears her learning lightly, often ironically: she is finally more interested in the infinitely fine texture of the world than generalisations about it. I can see her sitting at that lightly sketched table, drawing – but just as easily I can see her driving a bus through Paterson, New Jersey, jotting her perceptions and ideas in a notebook, the going home to where Ken Bolton has been cooking some zanily decorated cupcakes. If that’s too obscure a reference; check out Jim Jarmusch’s movie (Paterson, 2016).

I don't know if Jules Leigh Koch has read the postwar East European minimalists, and their tight, poetic compressions in which no word is wasted, in which the silences – the whitenesses – between the lines are as important as the words. Is it the metaphors Leigh Koch rejects that makes his poems so fine? Or are the whitenesses the witnesses? Another fine Adelaide poet, Rachel Mead, puts it better than me: ‘Koch makes an art of distilling urban environments down to a series of spare, potent images, reminding us that each day we never walk out into the same world.’

Louise Nicholas has published widely for some years, but I still feel she one of the undiscovered treasures of this poetic town – and this poetic country. She is an alumna to some extent of the Jan Owen’s Aldinga poetry workshops, but brings her own particular brand of often sardonic humour. Sharon Olds is a favourite, and I can see why – less because of influence, perhaps, than because they map similar terrains. ‘I choose laughter,’ Louise writes in the last poem in her latest book, ‘because it joins the dots, / allows us to find the sense in senseless, / connects us all to the last’. Her carefully thought-through, closely focused autobiographical poems do all of that and more, whether they choose laughter, sadness, wonder, love, or joy.

Jan Owen is one of Australia’s most distinguished poets. Her work has been of the highest standard for some decades, but who’s counting? Her recent translations of Baudelaire have received high praise here and overseas.

There is a terrific poem in ABR: ‘String Says’. It is also terrifically strange, belonging to the category that Les Murray like to call Strange poems, in which are different or unusual poems. Jan told me twenty years ago that I should try writing to write some poems with my left non-dominant, hand – to access strange regions of the brain. I don’t know whether Jan wrote that with her left, or right, or both, stereo – but her Muse comes multi-armed, like a Hindu goddess.

Dominic Symes is an emerging voice on the Adelaide Poetry scene. I first heard him in Ken Bolton’s legendary in their-own-lifetime Lee Marvin readings (now legendary beyond their lifetime, sadly) and to some extent he is another alumnus of the New York school through Ken’s tutelage – but there is a personal, particularly subjective strain emerging. And maybe my ear is pre-programmed by my own predilections, and maybe I’m straining to hear it, but more recently there is also East European strain which may be genetic – he has a Slovakian grandfather. 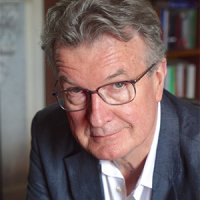