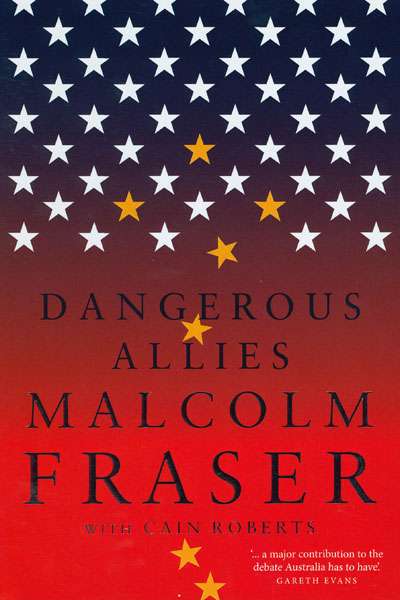 Coinciding with the World War I anniversaries, Malcolm Fraser’s book will polarise Australian opinion on a fundamental issue. It has never been raised in this way, for Australian leaders have not discussed decisions to go to war in public, nor sought popular approval of Australia’s alliances. Yet successive generations of young Australians have fought in British and American wars to support our allies and to ensure that they would defend us. In Korea, Vietnam, Iraq, and Afghanistan, the enemy were people who did not threaten Australia. But, as Fraser is not the first to observe, cowed countries do as great powers demand, while in return great powers do what suits their own interests.

Even before Federation, some had forebodings about what Australia was letting itself in for. H.B. Higgins, anticipating the 60,000 dead Anzacs, wondered if Australia would be expected ‘to contribute valuable lives and money in aid of wars which may not interest us directly’. Malcolm Fraser, who quotes him, puts up some equally pithy statements of his own, which delineate this theme. Here are some examples: ‘Why should we expect a great power to treat a dependent nation, even if an ally, as an equal?’; ‘The United States achieved true independence and true sovereignty whereas our sovereignty was heavily circumscribed’; ‘We need the United States for defence, but we only need defence because of the United States’. The United States, he tells Bob Carr (in Diary of a Foreign Minister) is ‘good at losing wars’.