On the Line: Notes from a factory by Joseph Ponthus, translated by Stephanie Smee

Few books immediately suspend time; few need no warm-up and almost demand to be read, reread, underlined. Stephanie Smee’s rendition of Joseph Ponthus’s multi-award-winning first solo book, On the Line: Notes from a factory, is one such read. It is the autobiographical story of an intellectual with a career in social work in the suburbs of Paris, who, having moved to Brittany for love, can’t find a job in his field and is forced to sell his labour as a casual worker in the local food-processing industry. Here we couldn’t be further from postcard Brittany, whose wild nature, hazy skies, mysterious language, and inhabitants inspired a Romantic generation of poets in search of an exotic fix without the hassle of leaving the Hexagon.

Sometimes termed an experimental novel, On the Line defies categorisation. The sixty-six free-verse entries without punctuation composing this diary of social demotion surface from a charged blank page. Words are distilled, sentences stripped to the bone. Ponthus’s descent to hell comes with a whole new jarring soundscape: the implacable cadence of twenty-first-century food-processing plants. His writing conveys the liberating pace of one’s fragmented wanderings when fighting against time. ‘The factory is / Above all else / A relationship with time / Time that passes / That doesn’t pass.’ Such human(ising) rhythm pushes against the dehumanising tempo of the machines. And this is what Ponthus endeavours to transcribe faithfully, day or night, after his unpredictable shifts:

From the grinding monotony of shellfish and tofu processing to the gut-wrenching everyday horrors of the abattoir, the unrelenting rhythm of each episode is dictated by working ‘on the line’. The double entendre here is more evident in the original French title, À la ligne, which, as recalled fittingly by translator Stephanie Smee (whose name surely deserves a place on the front rather than back cover) refers to the production line, but also means ‘to start a new line of text’, or ‘to press “return” on a keyboard’.

Given its spellbinding beat, it comes as no surprise that experimental rock musicians Michel Cloup, Pascal Bouaziz, and Julien Rufié leapt at the opportunity to adapt Ponthus’s text into a hypnotic half-sung, half-read litany with Sonic Youth undertones, À la ligne – Chansons d’usine.

On the Line is about factory work, but it fits uncomfortably under the label of proletarian literature. Writing for Ponthus is not an intentionally empowering gesture, nor, in itself, an act of condemnation against capitalism. It is first and foremost a need, his way of holding out. The resulting expression of shared humanity and camaraderie arises from this will to resist. Despite it all, On the Line is not a universe without hope. It is witty, full of irony, even vaguely optimistic. It’s a book where true love exists and where art can save lives: ‘We sing at the factory / Goddamn how we sing / We hum in our heads.’

What saves Ponthus are the songs of iconic singer-songwriter Charles Trenet and all the great writers of the French literary tradition – Hugo and Dumas, but, above all, Apollinaire, Cendrars, Aragon – authors whose work was transformed by the experience of war; their style becoming drier, more condensed, punctuation often disappearing. The factory is Ponthus’s war. On the Line is at home within the French avant-garde and wartime writing, such as René Char’s fragmented journal Feuillets d’Hypnos (1946), to which Ponthus’s original subtitle, Feuillets d’usine, pays homage.

In his previous life as a social worker, Ponthus had published a number of articles on life in the Parisian banlieue, the underprivileged suburbs on the outskirts of the capital. Some of the troubled youth he was helping even co-authored with him Nous ... la cité (The Suburbs Are Ours, 2012), an everyday journal of their joint writing journey. Like war for so many before him, Ponthus is forced by the factory to discover his own truth, find his style, become a poet. He learns to ‘remove all fat’ from the text, just like with the cows in the abattoir.

While there is, for Ponthus, a before and after the factory, a common thread runs through all his work, both literary and not. It is a form of compassion and solidarity towards the underprivileged, the sans-dents, as former French President François Hollande had infamously called them, ‘the so-called toothless of our society’, to whom On the Line is dedicated. This is evident in his preface to a hot-off-the-press edition of the works by neglected author Henri Calet (1904–56). Ponthus here declares: ‘Like him, I come from the people and have never been anything else: an unemployed, a social worker, a factory worker in food-processing plants. Like him, I think I have never been able to write anything else than myself and the modest lives that surround me.’

No one could have expected that Ponthus would not see this preface nor this English translation in print. Baptiste Cornet, better known by his pen name Joseph Ponthus (1978–2021), died of cancer at forty-two in Lorient, Brittany, in late February, in the same week that saw the disappearance of major poets Lawrence Ferlinghetti (1919–2021) and Philippe Jaccottet (1925–2021). The French newspaper Le Monde devoted a double page to these disparitions, their three photographs side by side. There they were, the faces of the Francophone-philosophical-poetic heritage, the down-to-earth Anglo-poetics of the everyday, and, as I like to think, Ponthus, in his own unique way, tracing a line between the two.  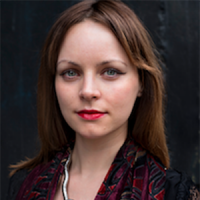 Valentina Gosetti is a poetry translator and an academic at the University of New England. 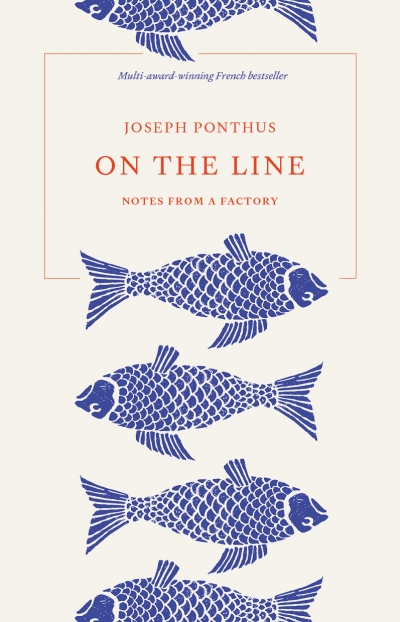 On the Line: Notes from a factory