Women of a Certain Rage edited by Liz Byrski

Liz Byrski’s introduction to Women of a Certain Rage is, among other things, a homage to second-wave feminism and a lament that feminism, ‘originally a radical countercultural movement’, has been ‘distorted into a tool of neoliberalism’. While there is no doubt that strains of feminism have been co-opted by neoliberalism to debilitating effect, this narrative – that feminism has become ineffectual since the 1970s – is one that erases many contemporary feminisms, as well as broader feminism-informed political movements and the work that they have done and continue to do.

Byrski’s sentiment here is echoed in Eva Cox’s essay, which ends the collection: ‘Feminists are no longer setting a change agenda, nor are they offering alternatives to the failing macho market paradigm that is undermining the citizenry’s trust in social democracy.’ This comment comes amid Cox’s insightful analysis of the fraught relationship between feminism and neoliberalism, but as a blanket statement it erases so much current work by feminists that it ends up being patently false. What about the tireless work of First Nations activists such as Goenpul academic, feminist, and author Aileen Moreton-Robinson, whose seminal Talkin’ Up To The White Woman (UQP, 2000) emphatically ‘sets a change agenda’ and offers alternatives not only to the ‘failing macho market paradigm’ but to white-centred feminism as well? What about the work of feminist disability activists such as Mali Hermans or Carly Findlay, or local grassroots activist groups such as FCAC’s Disabled QBIPOC Collective? What about the women whose writing is collected in Women of a Certain Rage?

Another question especially pertinent to this review: what about the activism of trans and non-binary feminists? One of the most notable shifts in mainstream feminist discourse since its second wave has been towards an interrogation and deconstruction of the gender binary and a focus on the socially constructed and performative nature of gender itself. One of the defining tensions of contemporary feminism is that between trans-exclusionary radical feminists (TERFs) – who subscribe to a transphobic strain of feminism rooted in the biological essentialism prominent in much second-wave feminist thought – and trans women, nonbinary folk, and their allies.

I am providing this context because I have been trying to work out how an essay collection about women and their rage can be released without any trans-related perspectives. In Burn It Down: Women writing about anger (Seal Press, 2019), another anthology about women’s rage – which includes, among many other brilliant essays, a piece on gendered ideas about knowledge and expertise by trans journalist Meredith Talusan and an essay on ‘transfeminine anger’ by Samantha Riedel – Lilly Dancyger, the book’s editor, asks: ‘If there is now space for cis white women’s anger, what about Black women? Trans women?’ While there are essays in Women of a Certain Rage that address ways in which race can intersect with gender, the very pertinent question of how rage might be relevant to the experiences of trans women is simply not asked. This exclusion is a missed opportunity, at best.

Nonetheless, the essays in this collection are frequently incisive, nuanced, and courageous. Claire G. Coleman’s ‘Write-ful Fury’ buzzes with energy, and offers a thoughtful reflection on the distinction between anger and hate. Rafeif Ismail’s ‘The Body Remembers: The Architecture of Pain’ is a lyrical and wide-ranging essay exploring mental health, misogynoir, and trauma. Nadine Browne unpacks the complex gender dynamics at play in the Born Again church in which she grew up, a childhood populated almost exclusively by women but marked and driven by absent men (absent fathers, absent husbands, absent male gods). Jay Martin reflects with anger and compassion on her difficult relationship with her deceased father. Anne Aly writes of the ‘placebo effect of patience’, and identifies rage as a mobilising force that ‘made me desire more than a life defined by others … by structures that were never meant for me’. Olivia Muscat rages against patronising responses to her blindness in ‘To Scream or Not To Scream’, and Carly Findlay writes of her anger on behalf of young children who share her disability, and the invasion of their privacy that she witnesses occurring on social media.

Many of these essays explore rage’s power, as well as its sources. A recurring theme is anger’s potential as a catalyst for action. ‘Most women,’ writes Victoria Midwinter Pitt, ‘are taught to contain our anger. Contain it. Not resolve it, or assuage it – contain it. Well, that which I contain is stored. We are walking fuel stocks.’ Reneé Pettitt-Schipp describes anger and sorrow as necessary guests: ‘These difficult friends are my barometer and my guide when all around me acts of violence and hate become normalised and mundane.’

But there is also room made for ambivalence about rage; several of the essays acknowledge its destructive capacity, its potential for misdirection and harm. ‘When first invited to contribute to this wonderful anthology,’ writes Carrie Cox, ‘I declined. The “rage” in the title made me flinch.’ And in a particularly confronting essay, ‘Regardless of Decorum: A Response to Seneca’s “Of Anger”’, Julienne van Loon describes moments when her rage sees her acting violently in front of her young son: ‘the demonstration of the anger was for his benefit. That’s an uncomfortable fact.’

The contributors to Women of a Certain Rage ask themselves and their readers challenging questions about their anger, where it comes from, and what it might have the power to achieve. The anthology would be stronger had the brief included a more rigorous and inclusive approach to gender, but its essays invite readers to engage with exciting thinking about rage’s place in politics, relationships, and throughout a life. 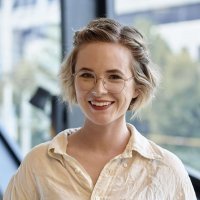 Caitlin McGregor is an essayist based in regional Victoria. Her work has appeared in a range of magazines and literary journals, including Going Down Swinging, Overland, The Big Issue, Kill Your Darlings and Voiceworks. In 2018 she was a judge for the John Marsden & Hachette Australia Prize for Young Writers, and has worked as an editor, submission reader and creative writing tutor. In 2019, she received the inaugural Kat Muscat Highly Commended Award, and was a writer-in-residence at the Melbourne Recital Centre. Caitlin is currently working on an essay collection that explores and interrogates ideas about ‘care’. 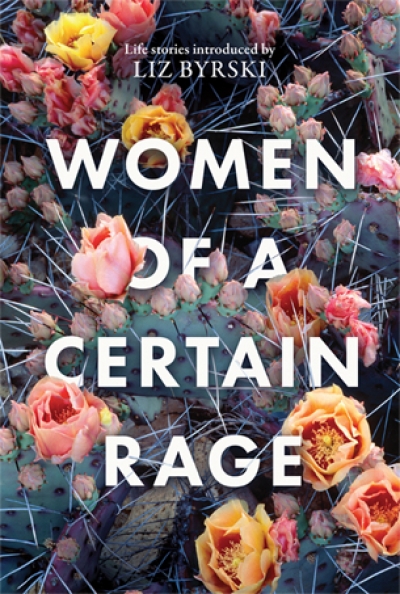 Women of a Certain Rage