While the Brits prepare to traipse up and down The Mall brandishing their Union Jacks and Coronation Chicken to fête our remote head of state’s Diamond Jubilee, what better way to mark a rather more momentous local milestone – the centenary of Patrick White’s birthday (28 May 2012) – than by reading the man again, and reading one’s favourite book by him, after more years than one cares to recall.

A few weeks back I headed to Clunes Booktown with thousands of other readers and bibliophiles. Away from the dozens and dozens of antiquarian book displays and the brass band in the quaint rotunda and the ferocious Punch and Judy and the hay-bale maze in the main street, Tess Brady and her colleagues presented an interesting program of interviews, panels, and workshops. I chaired one of these sessions, a tribute to Patrick White, and was joined by three friends and colleagues: Peter Goldsworthy, Michael Heyward, and Nicholas Jose. We began by discussing our first encounters with White. Peter Goldsworthy, borrowing The Tree of Man from the Glenelg library, thought White was from South Africa. For Michael Heyward, it was The Aunt’s Story. ‘It changed the shape of your mind.’ 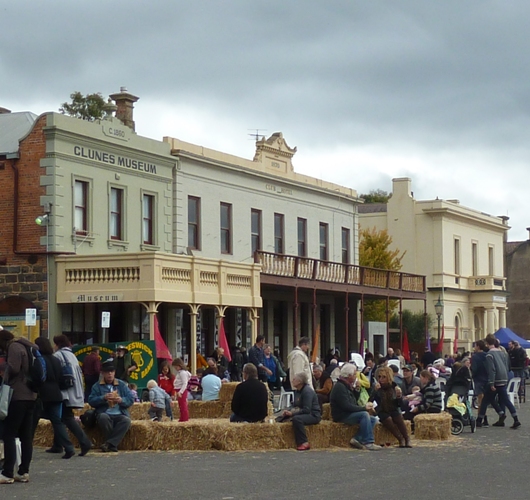 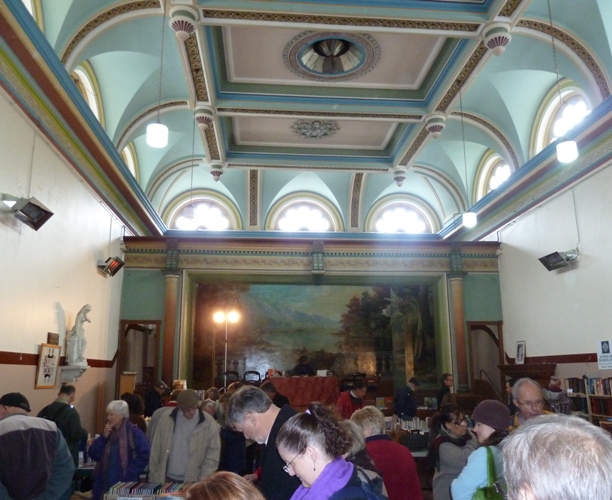 That’s exactly how I felt when I read White for the first time. This was earlier, in 1973, when I was seventeen. I bought a copy of The Aunt’s Story for about a dollar and read Part One in a single gulp. I don’t think I’d ever been so stirred by anything in my life, especially that last, inexpressibly tragic paragraph:

Theodora looked down through the distances that separate, even in love. If I could put out my hand, she said, but I cannot. And already the moment, the moments, the disappearing afternoon, had increased the distance that separates. There is no lifeline to other lives. I shall go, said Theodora. I have already gone. The simplicity of what ultimately happens hollowed her out. She was part of a surprising world in which hands, for reasons no longer obvious, had put tables and chairs.

I recall having to put the novel aside for a couple of weeks before I could read the other two parts. I couldn’t bear much more of that knowledge.

To be sure, Theodora’s domestic metaphysics or epistemology are guaranteed to speak to a moody adolescent, but the beauty of the prose and its rare simplicity (‘the moment, the moments, the disappearing afternoon’; and this of Theodora: ‘She was as negative as air’) move me still as I read a rather more expensive copy of the second edition (1958), which I bought recently from Kay Craddock: ‘corners of boards slightly bruised, edges slightly rubbed ... From the library of Australian journalist and critic, Neil Jillett with his bookplate, designed by Spooner ...’

Never, for me, was White’s prose more expressive, more original, more observant. I had forgotten how much energy he derives from his verbs, often of the simplest. ‘And the cows wound into the yard at evening to be milked. And Gertie Stepper punched the dough.’ 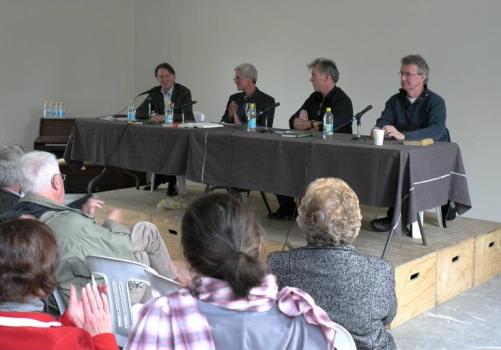 It’s prose that deserves to be read aloud, slowly and savourly. In Clunes, during our panel, Nick Jose wished we could step back and just read from The Tree of Man. There’s a thought for the next Booktown. ABR might do something similar ourselves when we move to The Boyd next month. 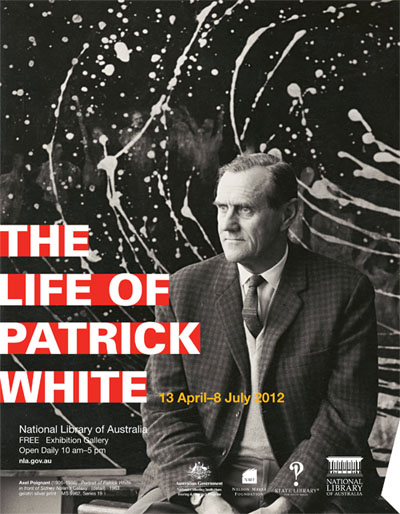 It was salutary to be reminded in Clunes that only 464 copies of The Tree of Man have sold this century. Let us hope that Peter Goldsworthy, who came up with this dismal statistic, was responsible for a few more sales when he extolled, and briefly read from, White’s 1955 novel, for many people his greatest achievement.

Well, now we all have many reasons to reflect on and explore this uniquely gifted Australian novelist. There has been much coverage of his life and oeuvre in the press. The ABC has produced a short, interesting documentary on the man, replete with fascinating photographs and footage. At ABR we’ve been pleased to publish Peter Conrad’s review of the posthumous (and incomplete) The Hanging Garden (April issue) and David Marr’s article about White’s intermittently abortive career in the theatre (May issue). Now comes the welcome news that Text Publishing will reissue White’s first (and long suppressed) novel, Happy Valley. Copies are scarce, and very expensive. I’ve never read it, and can’t wait to do so. Text will publish it in September, with an introduction by Peter Craven (who is said to be writing a full-length book on White for Penguin).

Barbara Mobbs – White’s long-time agent and friend – speaking at the opening of the National Library’s The Life of Patrick White exhibition (which is on display there until 8 July), wondered if her famous client would emerge from the twenty-year quiescence that often follows the death of a writer, however celebrated. It’s hard to imagine – deplorable to imagine – that such a voice, such a prodigious talent, will cease to be relished by readers of all ages and types for decades to come.