The Swan Book by Alexis Wright

‘Without an indigenous literature, people can remain alien in their own soil,’ wrote Miles Franklin, initiator of an Australian literary prize that has been awarded to just two Aboriginal writers: Kim Scott for Benang in 2000 and That Deadman Dance in 2011; and Alexis Wright for Carpentaria in 2007. Franklin, of course, didn’t mean Indigenous as such; but Wright has shown her capacity to produce both ‘an indigenous’ and ‘an Indigenous’ literature. In her second major work of fiction, the extraordinary Carpentaria, she infuses Australian literature with a genuinely Indigenous point of view, bringing an Indigenous set of values and understandings to the ‘indigenous’ narrative of a small town deep in the Gulf country. Here the white residents reject the Aboriginal community as ‘not really part of the town at all’, while the Aboriginals, living in ‘a human dumping ground’, struggle with the whites and among one another in local battles that mirror the larger problems: desecration of the country, for example, or rejection of Indigenous epistemologies, land rights, and traditional law. An epic, even mythopoetic, narrative, it changes the scope of Australian and of Indigenous writing.

Wright explains, in her essay ‘On writing Carpentaria’ (HEAT 13 [2006]), that she wrote the novel to develop ‘some understanding of two principal questions: firstly, how to understand the idea of Indigenous people living with the stories of all the times of this country, and secondly, how to write from this perspective’. This demands the exploration of language, voice, and narrative style; and the appropriation of elements of oral narration, translated into written form. What she wanted, she writes, is for ‘the novel to question the idea of boundaries through exploring how ancient beliefs sit in the modern world, while at the same time exposing the fragility of the boundaries of Indigenous home places of the mind’. The interweaving of ancient beliefs and modern worlds, and the fragility of the mind, are constantly on stage also in her new work, The Swan Book, as are many of the themes found in Carpentaria: environmental degradation, deracination, poverty, violence, and lack of empathy.

The Swan Book transposes these issues into the future – and what a future it is. ‘When the world changed,’ the narrator says, ‘people were different’, but not in a good way. Whole swathes of humanity remain alien not only in their own soil, but everywhere they go across the world. It is a future where, following almost a century of the Intervention – the deployment of the army ‘to intervene and control the will, mind and soul of the Aboriginal people’ – Indigenous Australian communities are rendered alien, denied any rights, secured in internment camps, named as terrorists, and otherwise forgotten. 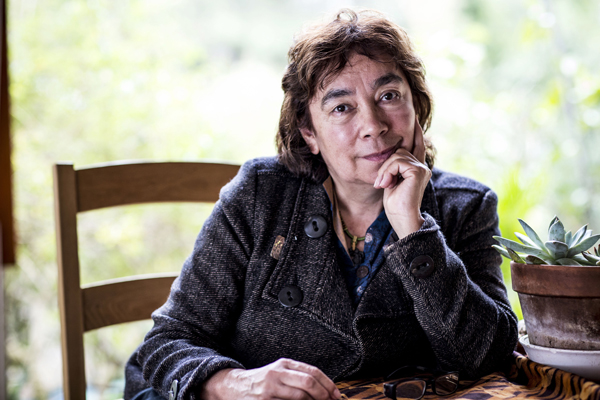 I read this bruising, beautiful, brutal narrative during a long flight, but it is decidedly not an airport novel. The language twists and flows and folds back on itself in convoluted sentences and paragraphs, in a complex interweaving of demotic and hieratic English. Time stretches, lurches, halts; narrative takes a backseat to allegory; and characters operate more as tropes than as people. In Carpentaria, Wright showed her capacity to play with language, to write a ‘difficult’ novel; but the use of language and the structure of story in that novel are considerably more straightforward, and less allegorical, than in The Swan Book. This later novel works much like the narrative approach favoured by one of its characters, Bella Donna, who tells stories ‘the way swans fly’: it soars above the swamp, crashes to the ground, takes flight again, cracks a joke, sings its dying song.

Despite the snatches of humour, it is a story of almost unrelieved tragedy, recounting a world where no one has a place any more, where thanks to climate change ‘probably millions of white people were drifting among the other countless stateless millions of sea gypsies looking for somewhere to live’. Among them is ‘the maddest person on Earth’, Aunty Bella Donna of the Champions, a refugee from the disaster of Europe. She is the only survivor of a group of tens of thousands of people – ‘the uncharted floating countries of condemned humanity’ – led by a white swan to the northern shores of Australia, a swan for which she yearns, but which never returns to her.

Bella Donna rescues the main protagonist, Oblivia, a lost/disowned/damaged ‘little Aboriginal kid’, found after a decade of sleeping, Rip van Winkle-fashion, in ‘the bowels of an old eucalyptus tree’ where she had fallen/fled/escaped, or anyway been lost to her family for long enough to have been all but forgotten. (There are no certainties in the world of this novel.) Oblivia is a living wound in that community, mute as a mythical swan, survivor of a gang rape, presumed dead by her own people. They leave her to be raised by the old white woman, who infuses her with the poems and stories and songs of Europe and, most particularly, of European swans.

Swans are, of course, the motive power of the book – always black swans, except in Bella Donna’s stories. Sometimes fat and lovely, often damaged and dying, they travel throughout the story, bonded to Oblivia, filling her world. During her adolescence, they give her a reason to be, a something to do. Later, she is (effectively) abducted by Warren Finch, the first Indigenous president of Australia, to become his trophy wife, and it is the image of swans filling the wedding hall that enables her to contain her distress. Finch leaves her locked away in an apartment tower in a degraded southern city, where only the ghosts of Bella Donna and Oblivia’s enemy, the Harbour Master, provide company, until the swans find her there too. It is finally the danger to the swans that gives her the impetus to leave her tower, possibly to murder her husband (she isn’t sure), and to join yet another refugee march, back north, back to emptiness, in search of safety for the swans. The narrator sums it up:

There is a really big story of that ghost place: a really deadly love story about a girl who has a virus lover living in her brain – that made the world seem too large and jittery for her, and it stuffed up her relationships with her own people, and made her unsociable, but they say that she loved swans all the same. Poor old swanee.

But the virus in her brain produces clarity as well as jittering; she knows what is going on. Her swans are metaphor, but are also real birds, shedding feathers, making a racket, dying mute. Her ghosts are real voices, criticising and directing her action. If she is mad, she is also entirely sane, understanding what we have done to turn the world into a vast environmental and social disaster. It is a bitter, lovely, and tragic book; and not only the author but also the publisher should be commended. Giramondo consistently provides a space for that ‘indigenous literature’ Miles Franklin wanted to see, publishing impossible, difficult, extraordinary, uncomfortable, fascinating books to circulate in the agora that is Australian literature, that offer a different way of seeing and knowing. 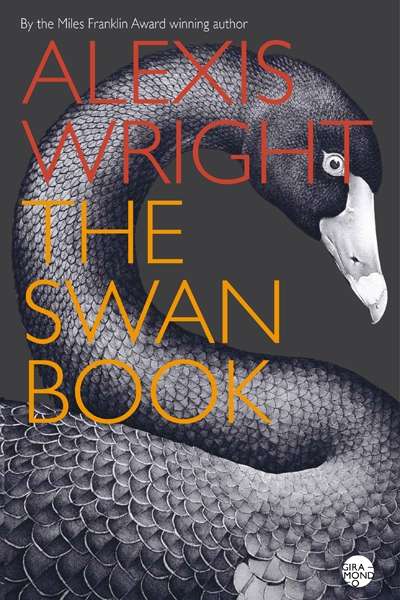