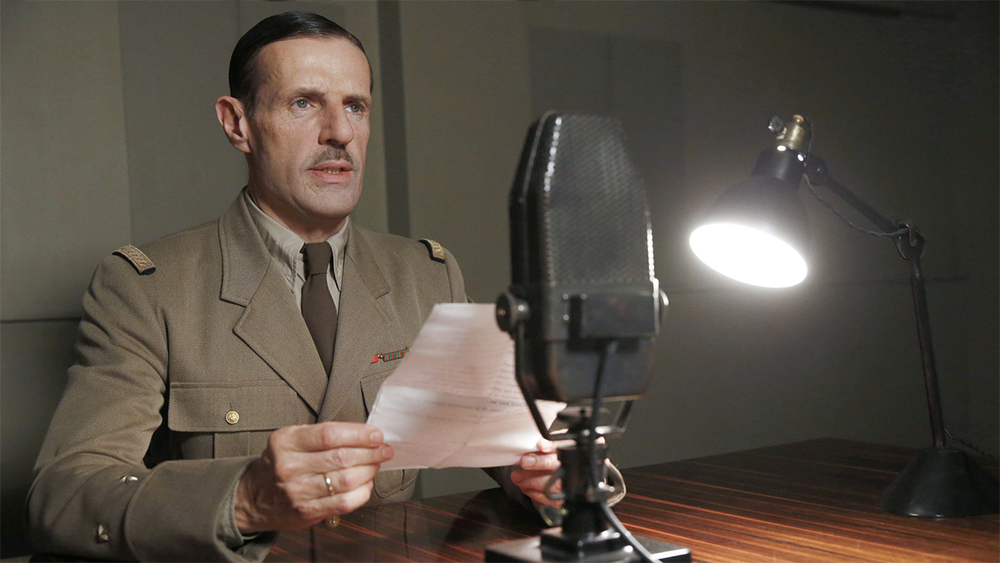 General Charles de Gaulle (1890–1970) was an icon of the French Resistance movement during the Nazi occupation of France in World War II. Lending his name to the postwar Gaullist myth that presented France as a collective, unalloyed nation of resistance fighters, de Gaulle (founder and president of the Fifth Republic from 1959 to 1969) became a symbol of French strength, determination, and honour during a divisive and turbulent period of history.

Despite his status as one of the most influential figures in modern French history, or perhaps indeed because of it, de Gaulle has rarely been depicted on screen, a notable exception being Fred Zinnemann’s tense thriller The Day of the Jackal (1973). His presence in French films has often only been implied; filmmakers concluding that his voice, his profile, or even just his silhouette were respectfully adequate. Examples of this include Jean-Pierre Melville, who shrouded the tall figure in shadows in his aptly named L’Armée des ombres (Army of Shadows) Jean-Paul Rappeneau, who included a passing cameo in Bon Voyage, and René Clément (a Resistance icon in his own right), who deemed it inconceivable to even try to represent le bon General in his 1966 epic Paris brûle-t-il? (Is Paris Burning?).

Focusing on the events of the mid-1940s (the beginning of the occupation), De Gaulle, co-written by director Gabriel Le Bomin and Valérie Ranson-Enguiale, further cements the mythic status of a man who refused to accept France’s defeat, continuing the fight beyond its shores.

The film follows de Gaulle (played with aplomb by Lambert Wilson) as he navigates the difficult and unpredictable political terrain of France under attack and ultimately succumbing to German forces. From April to June 1940, the débâcle of the German invasion is depicted through tense cabinet meetings as soldiers and politicians clash over how to fight, negotiate, or appease the enemy. These scenes, although often encumbered by exposition, feature fine supporting performances by Philippe Laudenbach as the future leader of collaborationist Vichy Maréchal Pétain, Olivier Gourmet as Prime Minister Paul Reynaud, and Alain Lenglet as military figure Maxime Weygand. Also adding his name to the recent cavalcade of performances as Winston Churchill is Tim Hudson, who creates an engaging and credible rapport with de Gaulle during their bilingual meetings in London.

What sets this film apart from previous cinematic vehicles of the Gaullist myth and those focused on wartime strategy is its shift away from the collective nature of resistance, reflecting on both the personal and the political. Coupled with de Gaulle’s military manoeuvring is the story of his family’s hazardous flight from France in order to join him in London. The opening scenes depict de Gaulle as a man of faith, a loving husband to Yvonne (Isabelle Carré), and a devoted father to three children, the youngest of whom has Down syndrome. De Gaulle’s daughter Anne (Clémence Hittin) serves as a symbol of the vulnerability and dependency of France at that time. The film does little to engage with Anne’s own perspective, instead using the camera to ‘look at’ rather than ‘look with’ her. The frequent resort to creating tension when Anne wanders off only to be found a few minutes later by her panicked mother seems insincere. Nonetheless, the tenderness with which her parents, siblings, and nurse care for her is sensitively portrayed and adds an engaging layer to the film.

The two storylines, however, feel disparate, as if one were simultaneously watching two distinct films: an arduously expositional military thriller on one hand, and an underdeveloped but promising family drama on the other.

This dissonance is further emphasised by the film’s structure and rhythm, which suffer from the inclusion of two dramatic climaxes: a famous speech and the family’s reunion. De Gaulle’s speech, known as l’appel or ‘the call’, was broadcast by the BBC on 18 June 1940. Although one could challenge the immediate impact of this speech – few French citizens actually heard it – its symbolic significance is still celebrated to this day. A quote (‘the flame of the Resistance will never extinguish’) is engraved on the National Resistance Monument at Mont-Valérien just outside Paris where, each year on June 18, the French leader presides over a ceremony honouring de Gaulle’s famous call to arms. This act is considered the moment when he established himself as the leader of the Free French Forces. The family reunion, therefore, however gratifying, seems out of place.

De Gaulle had a brief release in French cinemas in 2020 to coincide with both the eightieth anniversary of the famous appel and the fiftieth anniversary of his death. The French State had declared 2020 ‘the year of de Gaulle’. Le Bomin’s history of de Gaulle is one tailored to a definitive moment in time to present a man unblemished by his later dealings with decolonisation, a man who made the ‘right’ decision according to modern standards. The film attempts to foster a broad sense of national pride; the scene in which de Gaulle forlornly strokes France within a map of Europe on the wall of a BBC corridor is particularly mawkish. This self-aware glorification burdens the film with stilted dialogue and heavy-handed moralistic lessons for contemporary audiences.

The Nazi occupation of France from 1940 to 1944 is a period known as les années noires (or the dark years). On the wall of Charles de Gaulle’s lodgings in London hangs a copy of Van Gogh’s Starry Night. With De Gaulle, Le Bomin offers a shining beacon of hope with his central figure, played with impressive sensitivity and strength by Wilson. It is an admirable performance in an otherwise unremarkable history-lesson-cum-family-drama.

De Gaulle (Vertigo Productions), 108 minutes, was part of 2021 Alliance Française French Film Festival. Palace Films will release it on 6 May 2021. 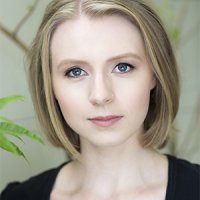 Lisa Harper Campbell is an actor, writer, and academic. She has written for the Conversation, the Chaser, and the Australian Book Review. She is a graduate of the Flinders University Drama Centre, and her work in theatre has spanned across roles as an actor, director, playwright, and producer. She obtained her doctorate in French Cinema from the University of Adelaide in 2017 and has since lectured in drama, French and screen studies at various universities. She is currently translating her thesis into English for publication with Manchester University Press.

Lisa Harper Campbell is an actor, writer, and academic. She has written for the Conversation, the Chaser, and the Australian Book Review. She is a graduate of the Flinders University Drama Centre, and her work in theatre has spanned across roles as an actor, director, playwright, and producer. She obtained her doctorate in French Cinema from the University of Adelaide in 2017 and has since lectured in drama, French and screen studies at various universities. She is currently translating her thesis into English for publication with Manchester University Press.