Theatre emerged from ritual and the present circumstances have introduced new rites of passage for those who take part in the ceremony. Donning your mask, you perform the cleansing of hands, stand at attention as your temperature is taken, and enter an eerily under-populated lobby in which other masked figures attempt to keep a prescribed distance as they head for the inner sanctum. Once inside it is easy to find your allotted place, one of the few seats not cordoned off. Looking around at the handful of other attendees seemingly randomly scattered around the auditorium, it feels more like a final dress rehearsal than an actual performance. Welcome to theatre-going in the Covid-19 era.

The performance attended by this reviewer, however, was far from a dress rehearsal. It was in fact halfway through the run of the Sydney Theatre Company’s first production since the coronavirus struck.

Angus Cerini’s Wonnangatta is based on an unsolved double murder that took place in the Victorian High Country in 1917–18. The decomposing body of James Barclay, station manager at the remote property Wonnangatta, was discovered by his neighbour, Harry Smith. Suspicion fell on Barclay’s station hand, John Bamford, an apparently surly character who was rumoured to have strangled his wife. A search party was sent to capture him but, what they found was his dead body with a bullet hole in his skull.

One of the major themes of Cerini’s work is the Australian male’s propensity for violence. His previous play, the award-winning The Bleeding Tree (2015), explored the subject from the point of view of the women who have been victims of it. (I reviewed the STC production in March 2017.) In the new play, Cerini concentrates on the men for whom violence is a part of their everyday life. 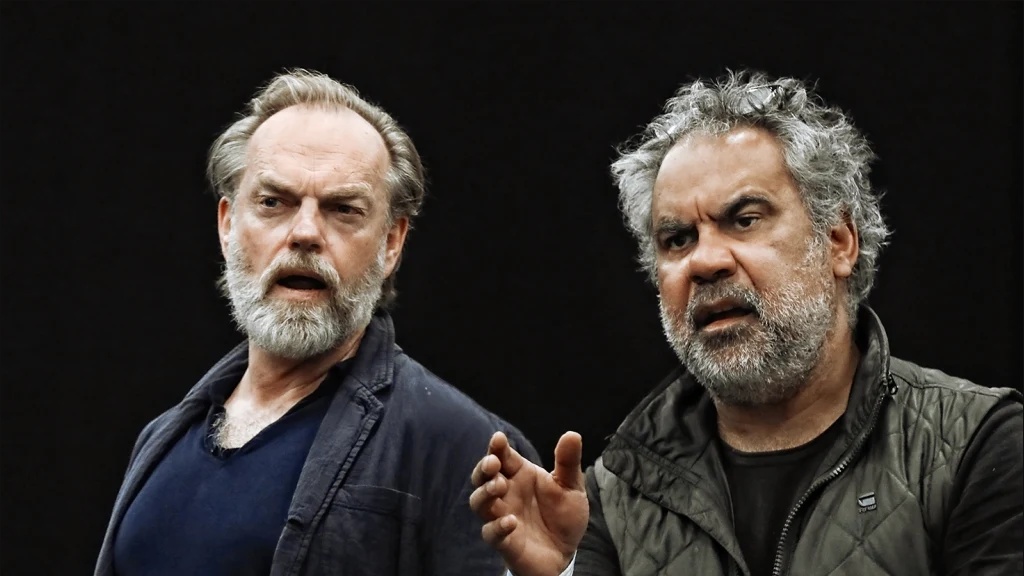 When the play begins, Harry, puzzled by Barclay’s disappearance, has returned to Barclay’s hut with Riggall, a friend, in order to discover the whereabouts of the missing man. Once they have found what remains of Barclay’s corpse, Harry is convinced that Bamford is the perpetrator. The rest of the play follows the pair as they struggle through the unforgiving bush to Bamford’s shack.

Cerini’s rich, lyrical language tempts one to use the adjective ‘poetic’, but his work is a long way from T.S. Eliot’s cerebral dramas or Christopher Fry’s charming, ephemeral pieces. Cerini mixes the settlers’ rough-and-ready vernacular with elevated flights of heightened language which never descend into bathos. His cataloguing of the names that European settlers have imposed on the mountains that lour over the couple, and the extraordinary scene of the snow-blind Riggall’s panic, underline the uneasy relationship between man and nature in this challenging land.

In her program notes, Jessica Arthur rightly highlights the importance of language in Cerini’s work and her production gives due prominence to it.

Jacob Nash’s minimalist set, a raked platform with a menacing serrated edge, accentuates the ever-present and threatening nature of the wild and those who populate it. Nick Schlieper’s magnificent lighting and Stephan Gregory’s music and sound design are of vital importance to the production. Ultimately, though, Wonnangatta’s success depends on Cerini’s language and the actors who perform it.

Wayne Blair as Riggall and Hugo Weaving as Harry make an extraordinary double act. At the beginning they are almost indistinguishable, a fact accentuated by the way movement director Tom Hodgson has them moving in tandem. But as the play proceeds, differences develop.

Harry is the dominant partner, driven by his obsession, an Australian landlocked Capitan Ahab determined to track down his version of the great white whale. Hugo Weaving makes him an overpowering, vengeful force of nature. Moving vocally from gruff to almost operatic, he relishes the verbal bounty Cerini has given him.

Riggall is the more grounded and realistic of the pair, Starbuck to Harry’s Ahab. He vainly attempts to persuade Harry to take the reasonable path and bring in the police, but cannot deter Harry’s obvious determination to match blood with blood. Wayne Blair’s mixture of bewilderment and vulnerability makes Riggall a sympathetic character, and his anguish when he mistakenly shoots Barclay’s dog is both funny and moving. His disintegration in the previously mentioned scene of snow-blinded panic is a bravura moment.

Although the virus has dictated the need for works that are small scale in execution, there is nothing small scale about Cerini’s exploration of man, nature, and vengeance. Sydney Theatre Company has chosen the perfect work to ease back into live performance and has given it an exemplary staging.