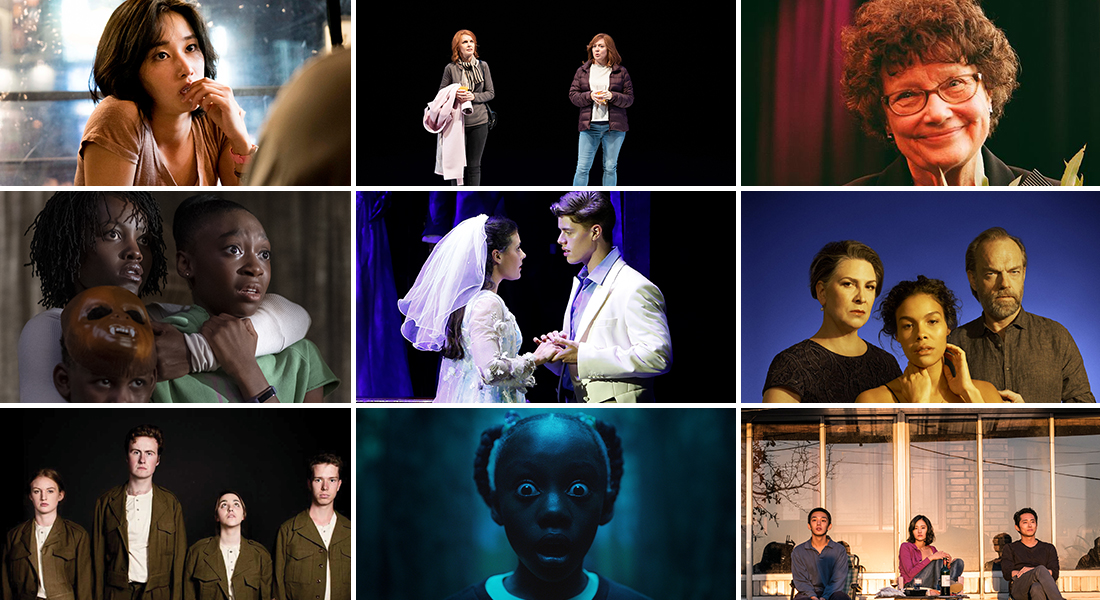 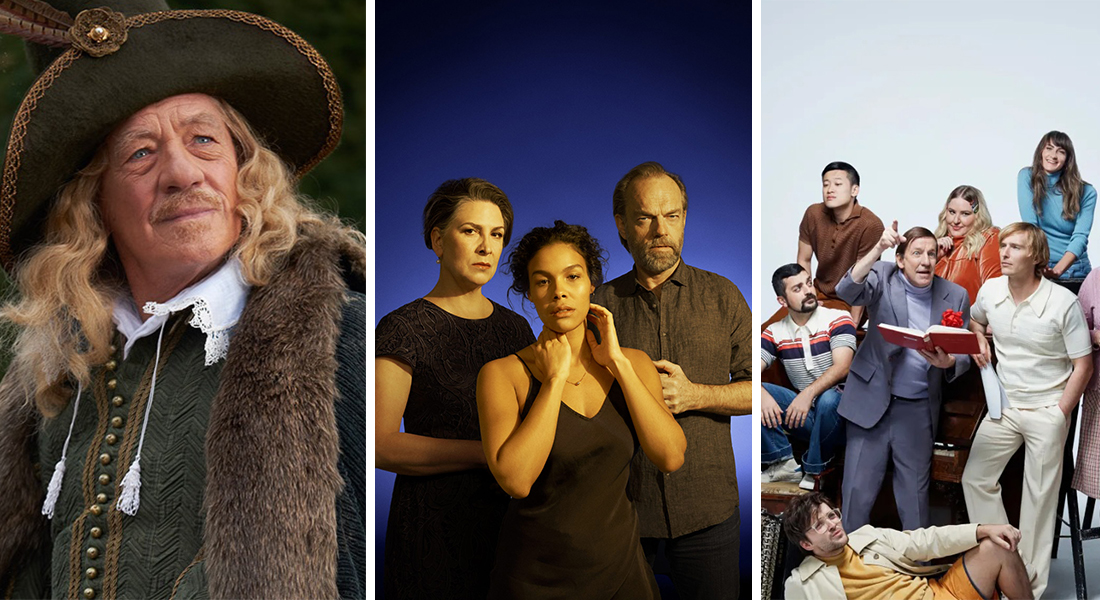 Cat On a Hot Tin Roof by Sydney Theatre Company 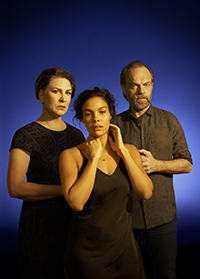 Possibly the theatrical event of the year in Sydney, Tennessee William’s sultry play Cat on a Hot Tin Roof (first staged in 1955 and famously if expurgatedly filmed in 1958, with Elizabeth Taylor, Paul Newman, and Burl Ives), returns to the Sydney Theatre Company in May. The stellar cast includes Hugo Weaving as Big Daddy, Pamela Rabe as Big Mama, Harry Greenwood as Brick, and Zahra Newman as Maggie the Cat. Directed by Kip Williams, the play takes places on a steamy night in Missisippi. Lies are rife, the family’s future is at stake – and mendacity is in the air.

Giveaway: ABR is delighted to offer a double pass ticket to Cat on a Hot Tin Roof. The winner will be able to select a night on either Monday 6 May at 6.30pm, Thursday 9 May at 7.30pm, or on Wednesday 15 May at 7.30pm. See below for details on how to enter.

Submissions are currently open for the fifth annual Emerging Artist Award 2019 presented by fortyfivedownstairs. Artists are intended to submit innovative and original artworks. The artworks themselves can come from a diverse range of media, from the avant-garde to reinventions of traditional styles. The winning selections of works will be offered a two-week exhibition at fortefivedownstairs, which will take place 18–29 June 2019, as well a pool of $3,000 split between two winning submissions.

Submissions for the Emerging Artist Award 2019 close 5pm on Monday, 20 May 2019. For more information, visit the fortyfivedownstairs website.

Thinking of heading to Europe in 2020? After the success of our sold-out tour in 2018, ABR, in association with our commercial partner Academy Travel, will head back to Germany in September 2020 – first Frankfurt, Cologne, Bonn, Düsseldorf, Hamburg, Lübeck, culminating in Amsterdam and The Hague.

Christopher Menz, former art gallery director and curator and a seasoned leader of European tours, will guide this fourteen-day tour (16–29 September 2020). Those seeking further information should contact Christopher at This email address is being protected from spambots. You need JavaScript enabled to view it. or consult Academy Travel’s website. 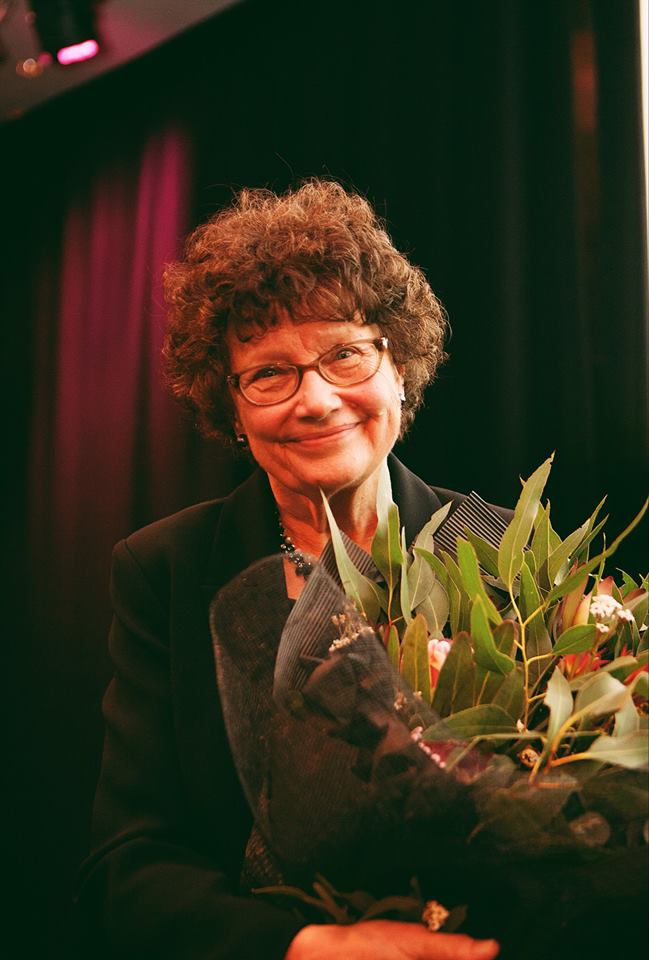 Vicki Laveau-HarvieA large, enthusiastic audience gathered at Arts Centre Melbourne on April 9 for the announcement of the 2019 Stella Prize, worth $50,000. It was won by Vicki Laveau-Harvie’s memoir The Erratics (first published by Finch Publishing and now by Fourth Estate). Laveau-Harvie – a former academic and translator – writes about her return to her parents’ ranch in Alberta, Canada and the shocks that await her there. Of this ‘gripping novel’ the judges said, ‘[it] mines the psychological damage wrought on a nuclear family by a monstrous personality.’

Fittingly, the winning author gave the best speech of the evening – personal, generous, heartfelt. She remarked that it should be the year of the Stella (a ‘remarkable beacon’). ‘This is a time when speaking truth seems more important than ever … when the powerful seem determined to make words mean what they want them to mean.’

The five other shortlisted authors each receive $3,000 and a three-week writing retreat supported by the Trawalla Foundation.

Applications are open for The Australian/Vogel’s Literary Award, one of Australia’s most lucrative prizes for an unpublished manuscript. Entrants must be aged under thirty-five. The winning author will receive $20,000 plus publication by Allen & Unwin. Past winners include Kate Grenville, Tim Winton, and the late Andrew McGahan.

For more information on how to enter, visit the The Australian/Vogel’s Literary Award website.

The Stonnington Jazz Festival, an award-winning festival of world-class Australian musicians, is returning for its fourteenth year from Thursday 9 to Sunday 19 May. Featuring one-off collaborations, special concerts, and commissioned works, the festival caters for music lovers of all kinds. The festival will also include a series of community events and professional development summits. 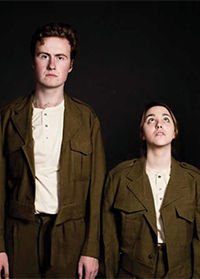 Kurt Vonnegut’s Slaughterhouse Five is being reimagined for the stage by Theatre Works and Monash Univeristy Student Theatre, adapted and directed by Fleur Kilpatrick. Vonnegut’s famous novel, a surreal, sci-fi inspired tale that involves aliens, a human zoo, and the bombing of Dresden, is a story of the horrors of war, stemming from Vonnegut’s own experience of the bombing of Dresden in February 1945. Slaughterhouse Five will take place at Theatre Works from 24 April to 5 May 2019.

Giveaway: ABR is delighted to be able to offer three double pass tickets to Slaughterhouse Five. Winners will be able to attend any performance from Friday April 26 to Sunday April 28. See below for details on how to enter.

The Secret River to tour UK

Sydney Theatre Company has announced that The Secret River, an adaptation of Kate Grenville’s novel by Adam Bovell and directed by Neil Armfield, will tour the United Kingdom in August and September this year. As part of its tour, the production will feature at The King’s Theatre during the Edinburgh National Festival and also at the National Theatre in London. ‘We’re very interested to see how audiences in the UK will react to this powerful Australian story,’ said STC Artistic Director Kip Williams.

Winners of the Calibre Essay Prize

The two winning Calibre Prize essays will be named in the June–July issue. We thank all the entrants for their forbearance. Meanwhile, the ABR Elizabeth Jolley Short Story Prize – with total prize money of $12,500 – closes on May 1.

Cat on a Hot Tin Roof

Thanks to Sydney Theatre Company, one new or renewing subscriber will win a double pass to Cat on a Hot Tin Roof. Winners can attend either performances on either 6, 9, or 15 May.

Thanks to Theatre Works, three new or renewing subscriber will win a double pass to Slaughterhouse Five. Winners can attend any performance on either 26, 27, or 28 April.

Thanks to Ned & Co, ten new or renewing subscriber will win a double pass to The Chaperone, from the writer and director of the Downton Abbey television series (in cinemas April 25).