The Sydney Symphony Orchestra’s late-October subscription concerts offered an interesting juxtaposition by pairing the final symphonies of Joseph Haydn and Ludwig van Beethoven. These masterworks illustrate the enormous changes that revolutionised symphonic writing within a few decades from the last decades of the eighteenth century.

Haydn chiselled the form to achieve extraordinary finesse in his 104 symphonies, but seldom challenged the language of musical Classicism. Beethoven’s nine symphonies, conversely, broke with existing symphonic tradition and threw the door wide open towards the new ideals of the Romantic era. The Symphony No.9 in D minor, Op.125 was the most ground-breaking of them all; among its many innovations was the introduction of a full choir and four soloists in the last movement. It is about three times as long as Haydn’s Symphony No.104 in D major, Hob.I/104.

Edo de Waart, the guest conductor, was a much-respected Chief Conductor and Artistic Adviser of the SSO from 1993 to 2003. Many players of the orchestra know him well; this familiarity showed in the unfussy, effortless music-making, right from the majestic slow introduction of the first movement of the Haydn symphony. As is often the case with late eighteenth-century symphonic repertoire, most of the melodies are given to the strings. The other sections (woodwind, brass) play considerably less, and when they do they support the harmony or double the strings’ melodic line. As a result, the tone and quality of the strings’ playing determines the orchestral sound.

De Waart is Dutch, and there is a longstanding tradition in his country to perform music of older times with an informed approach. It was thus not entirely surprising that his music making seemed to be influenced by a historical understanding of how classical repertoire may have been played. The orchestra sounded leaner – though not less muscular – than usual. Trills started on the upper note rather than, following Romantic traditions, on the main note. Importantly, the vibrato of the strings was reduced to a bare minimum, as if following Leopold Mozart’s stipulation that vibrato should be a type of ornament, rarely used, rather than a constant addition to the sound. 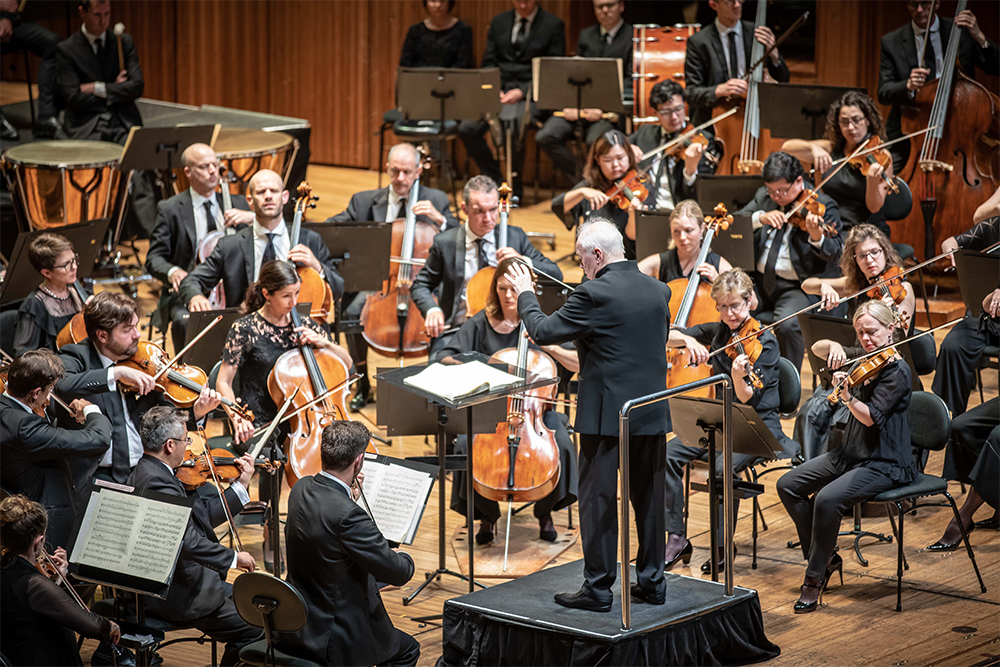 It was refreshing to see the SSO’s approach to this music under de Waart’s baton: it created new colours, particularly at the opening of the Andante movement. I missed, however, a more direct exploration of Haydn’s characteristic humour, for example, in the Finale, where the emphasis of the frequent off-beat accents felt mild rather than surprising.

Beethoven’s final symphony presents different challenges because of its length, the sudden changes of atmosphere altering the flow of the music, the juxtaposition of the startlingly fast Scherzo followed by the mesmerising slow movement, and, above all, the gigantic proportions of the choral Finale.

The magical beginning of the first movement – where the murmur of an empty open fifth on horns, second violins, and cellos is a cushion for the tentative descending phrase of the first violins – should be memorable but felt earthbound on this occasion. For a long sixteen bars, the audience has no way of knowing whether this work is in a major or a minor key. The tension increases bar after bar until the explosion of the conclusive fortissimo D minor unisono of the whole orchestra. The effect of the first, powerful tutti of the work should feel uplifting; here, it felt ordinary.

The extremes of this phenomenal work were only partly exposed. The coda of the first movement, reminiscent of a funeral march, was predictable rather than chilling. The witty Scherzo lacked vigour, as if jokes were told when everybody already knew the punchline. Even the ethereal opening of the slow movement sounded mundane, although the mood was soon improved by the touchingly simple D major subject. 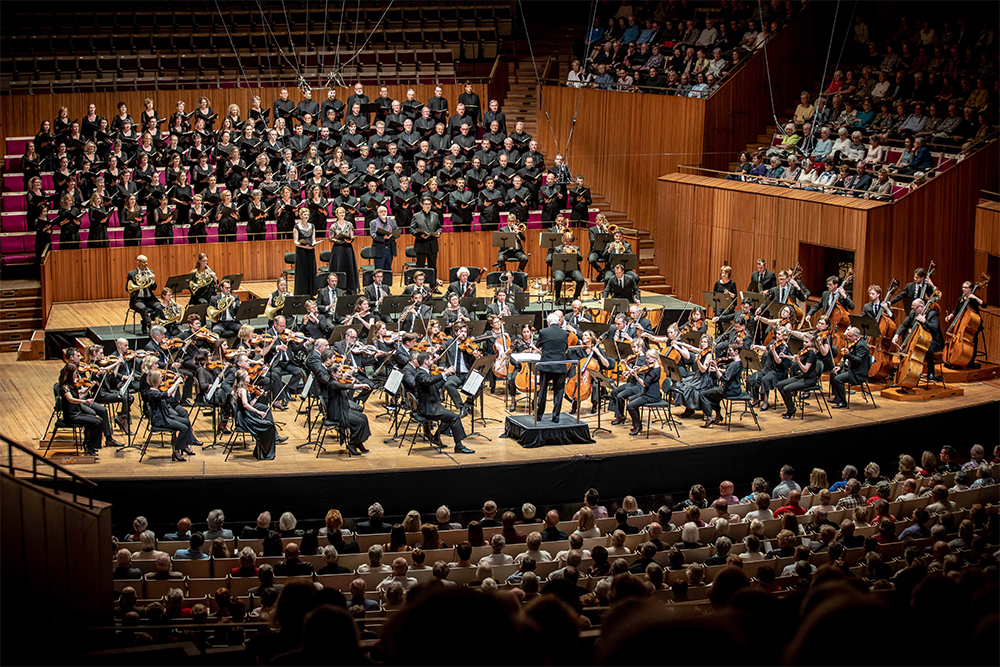 The Finale was ably assisted by the choir and four soloists, beginning with Shenyang’s resonant bass solo in ‘O Freunde, nicht diese Töne!’ Kim Begley struggled with the difficulties of the tenor part, and the voices of Amanda Majeski (soprano) and Caitlin Hulcup (mezzo) were not always clear, perhaps because there were standing behind the orchestra. The Sydney Philharmonia Choirs performed at their usual high standard.

There was no question about the high level of technical preparation of this work. The playing of the orchestra was exemplary, and de Waart’s conducting was precise. As a cellist, I have often played under his direction. I well remember the power of his charismatic eyes and the fire in his gestures. That fire is indispensable in a performance of Beethoven’s Ninth. I found little evidence of it on this occasion.

Beethoven always triumphs, though. Concert-goers always relish the humanity, emotional turmoils, and sonic wealth of this symphony. There was a standing ovation at the end of the concert.

Beethoven’s Nine, Ode to Joy was conducted by Edo de Waart and performed by the Sydney Symphony Orchestra at the Sydney Opera House from 25–27 October 2018. Performance attended: October 26.