The year of J.S. Bach’s death, 1750, is usually considered to mark the end of the Baroque era in music. It only makes sense that the Classical period should start directly thereafter. But is that really so?

Art and its history does not necessarily follow clear borderlines, and compositions written around the middle of the eighteenth century may not fit comfortably behind these well-known labels. Traditional Baroque techniques are still practised in this fascinating and delightfully varied musical era, while, at the same time, Bach’s own composer sons, Luigi Boccherini, Giovanni Pergolesi, and others, broke new paths as they experimented with new forms, genres, styles, and instruments. Nobody talked about the ‘Classical era’ just yet; but these innovative approaches had expressive names. For example, the the character of pieces may have been referred to as ‘galant’ or ‘empfindsam’ (or sensitive). They adapted a courtly style in some places or were influenced elsewhere by the Sturm und Drang (or storm and drive), a borrowed term from the then popular German literary style.

The Orchestra of the Age of Enlightenment chose, for their Australian début tour, music exclusively from this period: the 1760s and 1770s. Indeed, these decades belong firmly to the Age of Enlightenment. With astute planning, a symphony in a minor key (there are not many of those) began both halves of their Sydney concert and a violin concerto in a major key finished them off.

Joseph Haydn’s Symphony No.26 in D minor (‘Lamentazione’) started with visible robust energy, initiated by the leader of the orchestra, Rachel Podger, and expressed by a satisfyingly crunchy bite into the first chords. The healthy earthiness of the strings’ sound, ably supported by a pair of natural horns, period oboes, and a single bassoon, was then taken to a further level by the agile syncopations pulsating through much of the first movement. There was almost no vibrato present, and probably nobody missed it. The sound of the ensemble was round and warm; certainly different from the usual orchestral sound, as one would expect with the use of different instruments and different techniques.

The slow movement began with what one might first consider to be the main theme on the first violins. However, the presence of another, simultaneously played melody soon became apparent, an old Gregorian chant interestingly scored for oboes and second violins (and probably instantly recognised by contemporaneous audiences), as the main protagonist of this movement. The serenity of this brilliant compositorial gesture was smoothly supported by an almost constantly soft musical texture and carefully crafted balance between the voices. 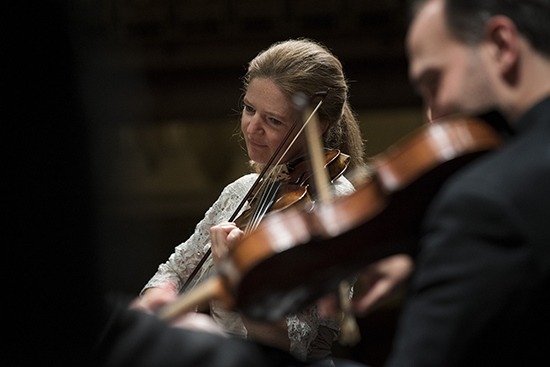 Haydn was known for his predilection for unexpected turns in his music. For example, this symphony finishes not with a fast Presto or Vivace but, most unusually, with a Menuet and its obligatory Trio. There is also another surprise, the striking absence of traditional symmetry in the Menuet’s theme, not to mention the strong accents on the ‘wrong’ beats in the Trio.

Johann Sebastian’s youngest son, the ‘London Bach’, Johann Christian was the composer of Symphony in G minor, op.6 No.6, which opened the second half. It is a surprisingly sombre work. The breathless urgency of its first movement, underlined by the dark tonality of G minor was competently presented by the orchestra, without quite enough of the heartfelt intensity this excellent work suggests. Similarly, during the performance of the even more solemn slow movement, full of strikingly rhetorical gestures, the players seemed to have bypassed some of the challenges of the music. Artistic risks were professionally solved, but not boldly taken head-on, and the direction of themes felt soft rather than decisive. Unquestionably, this superb ensemble is capable of great artistic achievements, but that extra, almost imperceptible combination of kinetic energies, the magic spark that can light up a performance, making it truly memorable, was seldom tangible.

Rachel Podger, this doyenne of English Baroque violinists, lead both symphonies, but she also appeared as the soloist in Wolfgang Amadeus Mozart’s Violin Concerto in B flat major, K.207 before interval, then, at the end of the concert, in the Violin Concerto in A major, K.219. The juxtaposition of these two works was tremendously informative. Mozart’s first violin concerto is already an impressive work; yet the maturity with which this young prodigy treated his final essay in this genre, is phenomenal. 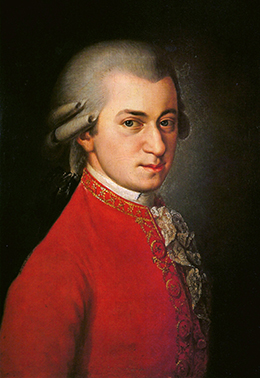 Wolfgang Amadeus Mozart, 1819, by Barbara Krafft (Wikimedia Commons)The B flat major Concerto is not often performed; therefore, this was a welcome opportunity to admire its many qualities. Podger’s performance was committed, but her colleagues occasionally covered her unique sound, particularly when she played in the lower registers. This may be due at least in part to the vagaries of playing on gut strings, which might also account for the fact that her intonation was less than faultless. Her cadenzas were confident and convincing, even if, at the end of them, I found the efforts of the principal cello to prepare the re-entry of the orchestra with a well-placed note or harmony invariably awkward.

The first movement of the A major Concerto was much more satisfying, as it was performed with finesse and elegance. I found the alternative reading of some of its recurring rhythms to be a worthwhile experiment, if not altogether convincing. This concerto received its nickname of ‘Turkish’ for the exotic sound, odd accents, and chromatic passages of the middle section in the last movement. This brought a smile to many in the audience, a lovely effect to observe. However, I found it disconcerting that the convention of the ‘fourth wall’, that invisible wall separating artists from their audience, was not upheld in this concert. According to convention, the audience can see through this wall, but the artists can not. The soloist regularly ‘interpreted’ the musical action, here, by looking surprised at an interesting entry, there, by purposefully turning her head left and right during a musical conversation between first and second violins, or smiling at the audience while playing. To me, this presented two problems. On the one hand, I firmly believe that we, the audience, should judge the performance on its own musical merits, and nothing – or no one – should interfere with that. On the other hand, the active body language aiming at the audience, rather than at the colleagues (which is completely different!) did not belong and thus, it distracted from the enjoyment of the music. 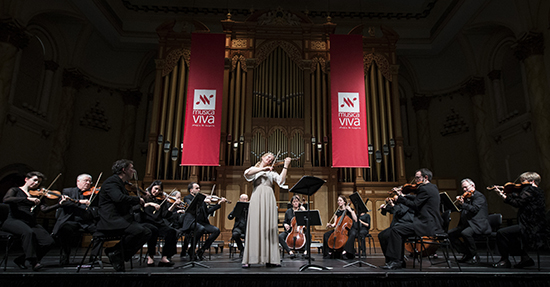 It may be that the tremendous reputation of this ensemble heightened my expectations. After all, the OAE has always been at the forefront of the HIP (historically informed performance) movement, not only in the United Kingdom but also around the world. Yet, Sydney audiences have long since been accustomed to intellectual and musical challenges, provided on a regular basis by our local chamber orchestra, the Australian Chamber Orchestra, and would anticipate if not the same, at least a comparably heart-warming and thought-provoking approach. Be that as it may, the old maxim still applies: to whom much is given, much will be required.

Rachel Podger and the Orchestra of the Age of Enlightenment (Musica Viva) continues in Canberra on 16 November, Melbourne on 18 November, Brisbane on 19 November, and Perth on 21 November 2017. Performance attended: 13 November.