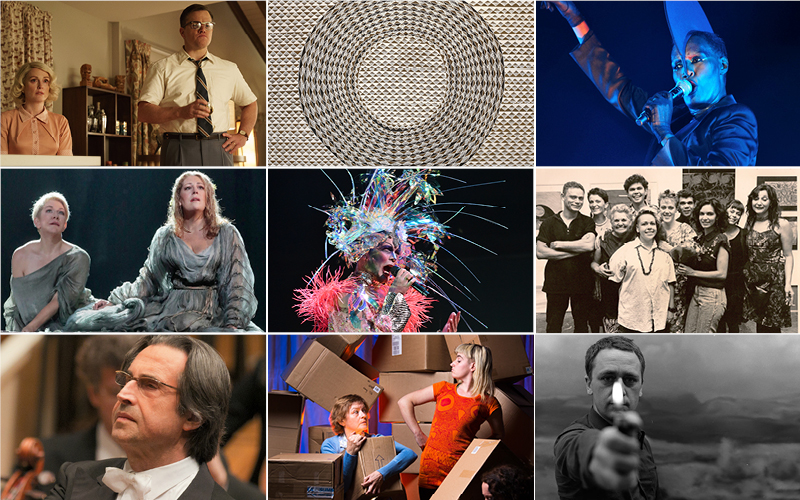 What were your highlights of the year? Soon you will be able to read what the ABR critics loved. To celebrate the year’s memorable plays, films, concerts, operas, ballets, television and exhibitions, we have invited twenty-six critics and arts professionals to nominate some personal favourites. Contributors will include Rosalind Appleby, Robyn Archer, Ian Dickson, Harry Windsor, Anwen Crawford, Andrew Ford, Michael Halliwell, Tony Grybowski, Susan Lever, Brian McFarlane, Peter Rose, Leo Schofield, and Andrea Goldsmith. Arts Highlights of the Year appears in our November issue (available on the 1st)

Many contributors to Arts Highlights of the Year have nominated the Glyndebourne production of Handel’s Saul and the revival of The Secret River. Leo Schofield – who also lauded the rather more polarising Richard III from Lars Eidinger – remarked, ‘The once-great Adelaide Festival has finally its mojo back.’

If the 2017 Festival was good, the 2018 one promises to be even better, so it was terrific to learn, just as we were going to press, that Joint Artistic Directors Neil Armfield and Rachel Healy will direct two further Festivals, culminating in 2021. What a coup for Adelaide – and for lovers of adventurous and spectacular theatre of all kinds. 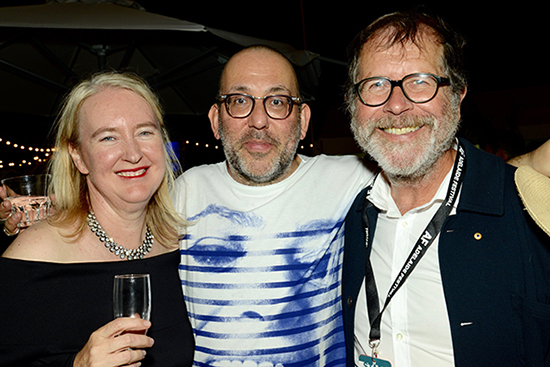 The Adelaide Festival will run from 2 to 18 March, with four world premières and fourteen Australian premières. There are highlights aplenty. Brett Dean’s Hamlet, first seen at Glyndebourne and directed by Neil Armfield, is already much anticipated – and selling fast, ABR Arts understands (there are only three performances).

Adelaide will finally see Ex Machina’s The Far Side of the Moon. Previously staged in forty-five cities around the world, Far Side is considered one of the greatest works by Robert Lepage. 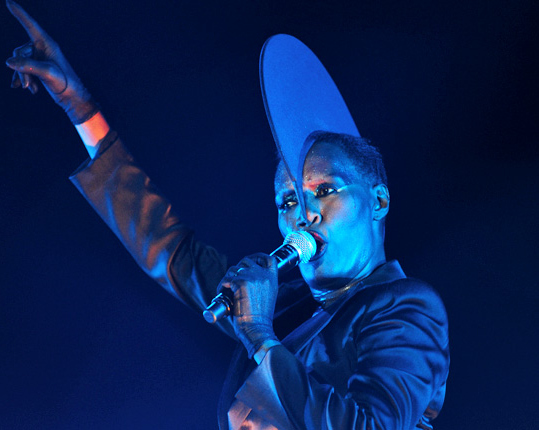 Theatrical highlights include a revival of Simon Stone’s Belvoir production of Seneca’s Thyestes and Patricia Cornelius’s In the Club, to be directed by Geordie Brookman for the State Theatre of South Australia. Full program details are now available on the Adelaide Festival website.

Lovers of Dmitri Shostakovich will be kept busy in mid-November when Vladimir Ashkenazy returns to conduct two separate programs over six evenings. They feature two of the Russian composer’s most celebrated symphonies – the Fifth and the Eighth – one exultant, the other, done well, quite shattering.

The first program (November 10, 11, 13) features the Passacaglia from the opera Lady Macbeth of Mtsensk, the Violin Concerto No. 1 performed by Ray Chen, and the Leningrad Symphony. The second program (November 215, 17, 18) includes the Cello Concerto No. 1 (played by Daniel Müller-Schott) and the mighty Eighth Symphony. For more information, visit the Sydney Symphony Orchestra website.

Last year the Metropolitan Opera House performed Donizetti’s royal trilogy in quick succession, with Sondra Radvanovsky playing all three queens – quite a feat. (Currently Ms Radvanovsky is being heard in the title-role of Bellini’s Norma at the Met: Ian Dickson has just reviewed it for ABR Arts.)

Melbourne Opera – rather smaller than the Met – has taken a little longer with these three characterful bel canto operas. Following Mary Stuart in 2015 and Anna Bolena in 2016, the company will perform Roberto Devereux, Donizetti’s 1837 opera about Elizabeth and Essex – one of the great romantic dramas of the Tudor queen’s long reign.

Rosamund Illing was to play Elizabeth, but Helena Dix will now sing the role between engagements at the Met. Henry Choo, always fine, will sing the role of Essex. Greg Hocking and Raymond Lawrence will conduct the five performances, from November 11 to 25 (the latter of them at Monash University after an initial season at the Athenaeum Theatre.)

Courtesy of Melbourne Opera, we have two double passes to the second performance of Roberto Devereux (14 November) for new or renewing subscribers. For more information, see our giveaways section below.

Singer–songwriter Katie Noonan and her band Elixir will team up with cartoonist Michael Leunig and the Sydney Symphony Orchestra for a spoken word, improvisation, and live drawing performance at the Sydney Opera House on 2–4 November 2017. 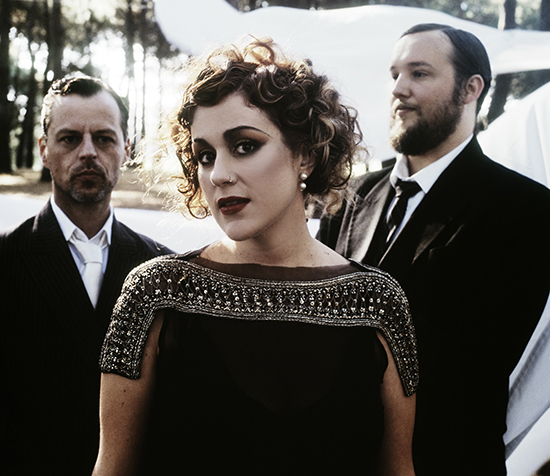 ‘With the music we make in Elixir, I felt [Michael Leunig’s] words would be the perfect fit for our similarly contemplative and intimate world ... it has been a match made in heaven,’ said Kate Noonan.

The Russian Revolution is all the rage this October. Professor Mark Edele’s centenary lecture at the University of Melbourne drew in a huge audience last week. His review essay ‘Why should you care about the Russian Revolution?’, which was published in the October issue of ABR, is now open access on ABR Online.

Now comes Tchekov at the House of Special Purpose, a production at Melbourne’s La Mama Theatre about the final summer of Nicholas II and his family – the last of the Romanovs. Written by R. Johns, with reference to Chekov’s Three Sisters, and directed by Russian-born actor Alex Menglet, the focus of this production is on the daughters of the murdered tsar. Tchekov at the House of Special Purpose will run from 25 October to 5 November 2017 at La Mama Courthouse. 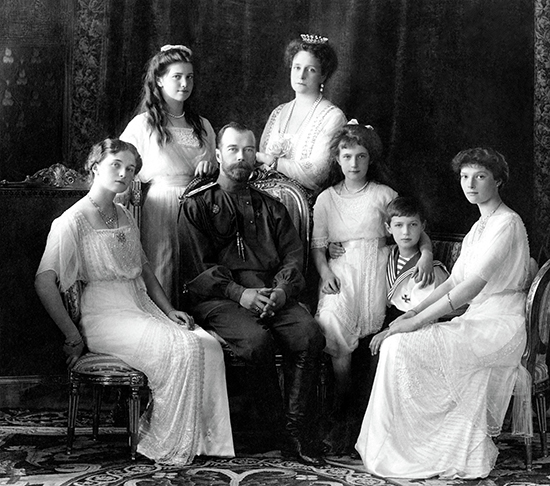 Hewing more closely to Chekov’s work will be the upcoming Sydney Theatre Company production of Three Sisters, directed by Kip Williams. Andrew Upton’s adaptation will delve into the lives of the central characters Irina, Masha, and Olga and will bring a more contemporary sensibility to Chekov’s classic. STC’s Three Sisters will be performed at the Sydney Opera House from 6 November to 16 December 2017, and Ian Dickson will review it for ABR Arts.

La Mama Theatre has joined forces with support service ‘For the Crowded House’, to produce Birdcage Thursdays, a play that candidly discusses and destigmatises hoarding. 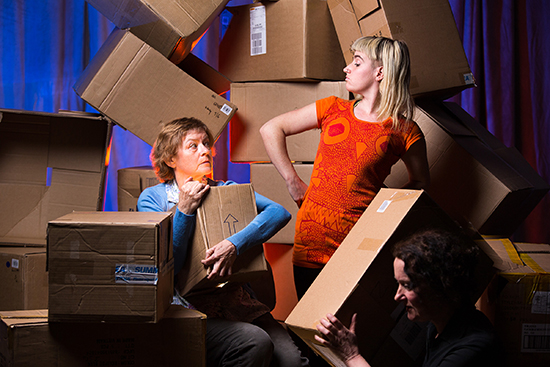 Belongings pile up as an ageing mother resists her adult daughter every step of the way towards an important inspection. Performed in the round to a rhythm of telephone calls, bird sounds, lawn bowls, and dance moves, Birdcage Thursdays is physical theatre which candidly reveals some of the underlying trauma of hoarding, a serious mental health issue. Sandra Fiona Long wrote the play in consultation with a specialist from 'For the Crowded House', and drew on her own family’s experience with hoarding. Birdcage Thursdays will be playing at fortyfivedownstairs from 2 to 12 November 2017.

Thanks to fortyfivedownstairs, we are giving away two double passes to Birdcage Thursdays on Saturday, 4 November 2017. For more details see our giveaways section below. 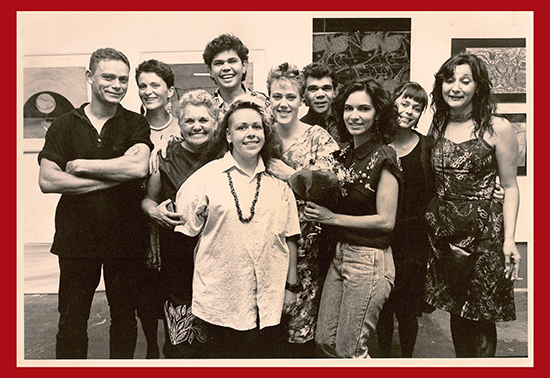 ‘Their art used western school technologies, concepts and metaphors to tell their same but different Aboriginal history and personal struggles and triumphs. They were Aboriginal, and they were artists, and would not be denied their recognition, voice or place in history,’ said Djon Mundine, who will be curating a thirty year anniversary exhibition showcasing works by the Boomalli Ten on Friday, 3 November 2017 at the Boomalli Gallery in Leichardt, Sydney.

Italian maestro Riccardo Muti will return to Australian for the first time in fifteen years to conduct three concerts for the Australian World Orchestra at the Sydney Opera House and Arts Centre Melbourne in May 2018. 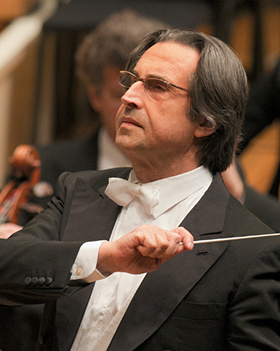 Riccardo Muti‘We are absolutely delighted that Maestro Riccardo Muti will conduct the AWO in 2018. There’s a huge sense of anticipation from the musicians about performing with this great conductor,’ said AWO’s Chief Conductor and Artistic Director Alexander Briger.

Among the many honours he has garnered over a stellar career, Muti has led the many of the world’s chief orchestras, and is currently Music Director of the Chicago Symphony Orchestra. For concert dates and more information, visit the AWO website. 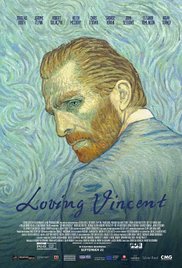