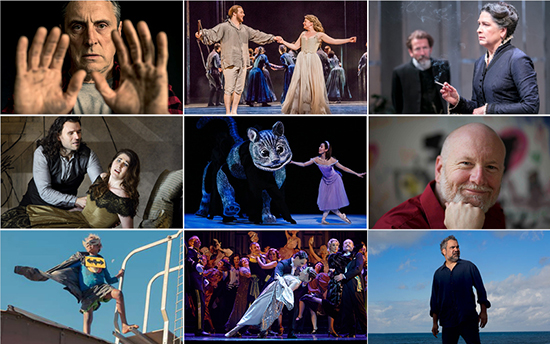 ‘The debate is about equality – no more, no less. Gays and Lesbians serve in our defence and police forces, they educate our children and work in our hospitals, they entertain us and illuminate our lives through literature and the performing arts. The time for distrust and discrimination is over,’ said ABR’s Editor and CEO Peter Rose.

The Open Letter is published in ABR’s October Environment issue, and can be accessed here.

The Sydney Theatre Company has announced its 2018 season – the first with Kip Williams as Artistic Director. Highlights include Hugo Weaving in Bertolt Brecht’s The Resistable Rise of Arturo Ui, Neil Armfield’s return to the STC in Ngarrindjeri writer H. Lawrence Sumner’s The Long Forgotten Dream, and two satirical plays exploring race relations by Nakkiah Lui. Playwright and actor Kate Mulvany has adapted three of Ruth Park’s best-known novels – Missus, The Harp in the South, and Poor Man’s Orange – for the two-part production The Harp in the South. Kip Williams will direct Patrick White’s great play A Cheery Soul, which was last performed at STC in 2001. 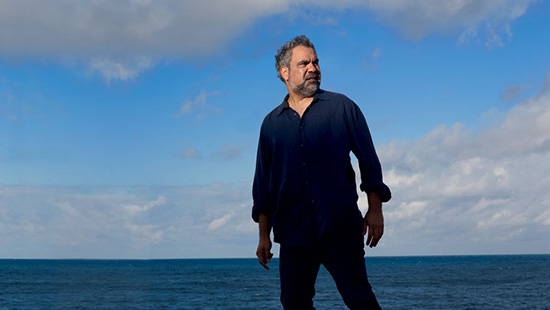 ‘I’ve aimed to put together works that reflect our city and our community,’ said Kip Williams. ‘The writing comes from some of the world’s great playwrights, who give lively and expressive shape to timely questions around political leadership, social responsibility, gender equality, and race relations.’

Universal Music is employing this method in advertising its new CD compilations. The new Karajan – Complete Recordings on Deutsche Grammophon and Decca (released 3 November 2017) runs to (drum roll!) 356 discs, comprising 330 CDs, 24 DVDs, and 2 Blu-ray Audio. That should keep you busy over summer.

Red Stitch Actors Theatre’s Joe Petruzzi will feature in the Australian première of American Song (3 October – 5 November 2017), an intimate play exploring parenting, love, and the question: ‘What could I have done differently?’ Petruzzi plays Andy, who has accumulated all the things to lead a ‘good life’: love, work, friendship, family. But unforeseen events lead him to ‘unimagined places’ and turn his good life ‘irredeemably wrong’. Fiona Gruber will be reviewing American Song for ABR Arts. 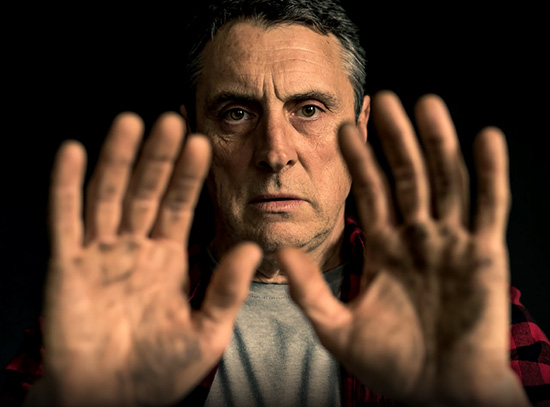 Thanks to Red Stitch Actors Theatre, two new or renewing subscribers to ABR will receive double passes to American Song. For more details visit our giveaways section below.

Brett Dean returns to the SSO

Sydney Symphony Orchestra’s Artist in Residence Brett Dean will return to the SSO to conduct Dream Sequence, a program of large-ensemble contemporary music performed at Sydney’s Carriageworks. The program will include première performances of violinist Errki Veltheim’s ‘Prelude and Coda’ and a new work by sonic artist James Hulick. Other performances will include Liza Lim’s ‘The Heart’s Ear’, a meditation on a fragment of a Sufi melody, and Đuro Živković's instrumental cantata ‘On the Guarding of the Heart’, inspired by the works of Bach. Dream Sequence will be performed at Carriageworks at 5 pm on Sunday, 15 October 2017.

Artists from six Aboriginal art centres have collaborated with leading independent artists from around the country to produce new works through a series of artist residencies. Cahoots: Artists Collaborate across Country, presented by Fremantle Arts Centre, explores the nature of artistic collaborations between arts centres and Indigenous and non-Indigenous artists. 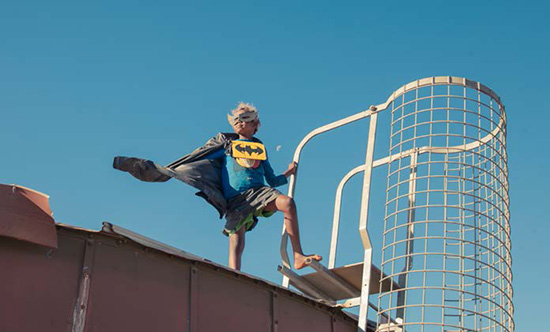 The Cahoots project will culminate in an exhibition on Friday, 24 November 2017 at the Fremantle Arts Centre, Western Australia.

Video streaming giant Netflix, in partnership with the ABC, has commissioned the production company Screentime to produce Pine Gap, a six-hour political thriller set in central Australia. The show, inspired by ‘modern geopolitical tensions’, will take place in and around the US and Australian joint defence facility that shares its name.

The winners of the 2017 Australian Dance Awards were announced at a ceremony hosted by Yana Alana and Benjamin Hancock at the Arts Centre, Melbourne on Sunday 24 September. 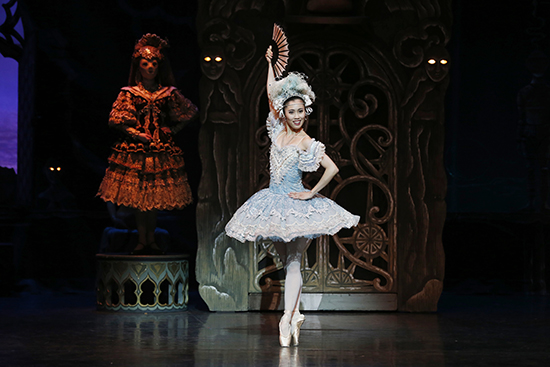 The awards were presented by a number of prominent arts figures, including David McAllister, Robina Beard, and Jonathan Holloway.

Melbourne curators Christopher Menz, Patricia Begg, and Geoffrey Edwards form the triumvate for Hamilton Gallery’s inaugural decorative arts guest curator program for Dec' Arts Spectacular. Each has been given access to the gallery's fine collection of decorative arts to create an exhibition of selected highlights. Christopher Menz (former Director of the Art Gallery of South Australia and a frequent contributor to ABR Arts) chose contemporary Australian decorative arts, Geoffrey Edwards glass, and Patricia Begg Japanese teawares. The result is a rich and beautiful collection of fine and exquisite objects. It’s worth a trip to Victoria’s glorious Western Districts to see one of Australia's best public collections of decorative arts. 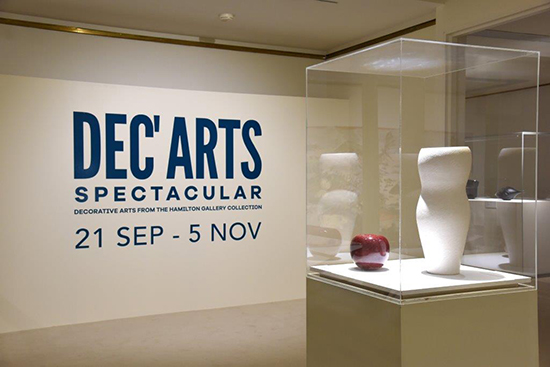 Fred Williams in the You Yangs – until 5 November

The largest major exhibition of Australian painter Fred Williams’s oeuvre opened at the Geelong Gallery on 18 August 2017. Fred Williams in the You Yangs features more than fifty paintings, drawings, and prints. They reveal how the You Yangs, a series of granite ridges rising above the Werribee Plain in Victoria, influenced Williams’s work during the early 1960s to the late 1970s, and altered the way in which the Australian landscapes was depicted in art.

Irena Zdanowicz will review the exhibition for ABR Arts.

On October 11, the second instalment of the phenomenally successful Taxithi: Metanastes (The Immigrants) will be performed for one night only. Helen Yotis Patterson has gathered personal stories from Greek and Cypriots who migrated to Australia during the 1950s, 1960s, and 1970s, and carved out new lives for themselves as ‘factory workers, business men, and risk takers’. A reading will be accompanied by Greek music of the time.

Highlights of OperaQ’s recently announced 2018 season include an ‘old-school Hollywood glamour take’ on Franz Lehár’s The Merry Widow, a collaboration with Queensland Art Gallery & Gallery of Modern Art (QAGOMA), and Don Giovanni starring baritone Duncan Rock. In keeping with OperaQ’s ‘investment in regional audiences and arts’, Lindy Hume’s Ruddigore, or The Witch’s Curse! will tour the Gold Coast, Rockhampton, Mackay, Townsville, Cairns, and Toowoomba in August 2018. Auditions will be held earlier in the year for more than 100 regional Queenslanders to perform in the choruses of Ruddigore. Successful applicants will receive training in ‘singing, dancing, and stagecraft’. 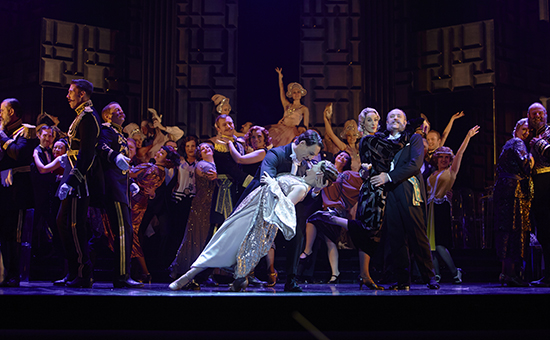 This is the final OperaQ program for outgoing Artistic Director Lindy Hume, who will make way for Patrick Nolan in November 2017. For more information on the 2018 season visit OperaQ’s website. 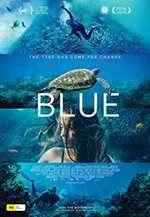 Thanks to Transmission Films, we have ten double passes to Final Portrait starring Geoffrey Rush (in cinemas October 5) and another ten to the new documentary about marine conservation from Karina Holden, Blue (October 12). 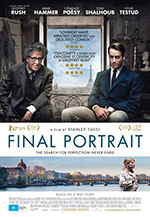