Cinema has always provided a venue for dreams of the exotic, but few directors in these post-colonial times can revive such fantasies without guilt. This is the dilemma which James Gray, among the most intelligent of modern American filmmakers, must grapple with in The Lost City of Z, his epic account of the career of Lieutenant-Colonel Percy Fawcett, regarded by some as Britain’s last great explorer.

Based on the 2009 book of the same name by New Yorker writer David Grann, the film chronicles Fawcett’s obsessive quest – which lasted well into the twentieth century – for the ruins of a fabled lost city in the jungles of ‘Amazonia’. Reports suggest the film became something of an obsession for Gray himself, who battled to get it made over a number of years: at one point it was meant to star Benedict Cumberbatch, whose angular patrician looks are a close match for the impact made by Fawcett in photographs.

Instead, we get Charlie Hunnam, who is probably best known for turning down the chance to play the lead in Fifty Shades of Grey. Hunnam will never be mistaken for a movie star, but he is an effective presence in his own gentler fashion. Although he sometimes overdoes the trick of speaking in a slow semi-whisper, his greatest strength is his mellow voice, which enables him to convey high-minded dreaminess without sounding overly posh or fey. Also surprisingly effective is the usually unbearable Robert Pattinson in the semi-comic role of Fawcett’s aide-de-camp Henry Costin: masked by spectacles and a heavy beard, he shows a playful eccentricity that suggests he would make a natural Edward Lear.

Everything Gray does is worth pondering, but this is not, to my mind, a masterpiece on par with his greatest and most mysterious film, The Immigrant (2013). Part of the achievement of that film lay in its suspension of meaning, with the moral question arising in the course of the story – such as the agonised choice by the Polish Catholic heroine (Marion Cotillard) to sacrifice her ‘virtue’ – viewed from the early twentieth-century vantage point of the characters themselves, rather than through supposedly wise modern eyes.

Here, by contrast, Gray ensures our sympathy with Fawcett by making him a humanitarian who speaks up on behalf of the South American ‘natives’, consciously modifying the real man’s unconcealed racism. On the other hand, when his wife, Nina (Sienna Miller), asks to join him on his journey through the jungle, he turns her down flat – and here, too, there is no question about what any enlightened modern viewer is supposed to think. 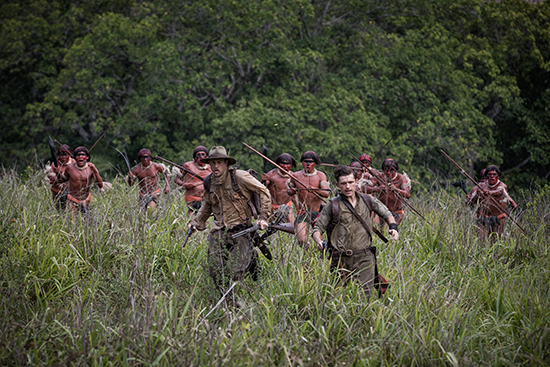 There is also a sense that Gray, shooting on location in Columbia, is going against the grain of his own sensibility, in that he is not an artist anyone would look to for the thrill of high adventure. His spare, romantic melodramas are about as contemplative as American genre cinema gets – to the point where they are sometimes tagged as ‘classical’, though this word means something different in film criticism than what it does elsewhere.

In essence, this so-called classicism consists of combining a sense of yearning with a reluctance to waste shots or linger on them once the point is made. Typical of this economy is a scene in which Fawcett reads aloud to Costin from Kipling's poem ‘The Explorer’, which crystallises his dream of ‘something lost behind the ranges’. As the recitation switches from his voice to that of Nina, who originally transcribed the poem, we are shown a series of distant shots of the two men travelling on foot over the mountains – summing up their journey as she might imagine it, and prompting the question of whether it is she who is the real dreamer.

However that may be, the Fawcett of the film is the most metaphysical kind of explorer – a kindred spirit to the seekers in the films of Werner Herzog, or Patrick White’s Voss. There is a tricky balance here, which Gray does not quite successfully maintain. Fawcett is meant to be genuinely open-minded and curious about the cultures and peoples he comes across in his travels, but we are also meant to feel that the jungle, for him, is pure symbol, that what he is really seeking is not to be found in this life. 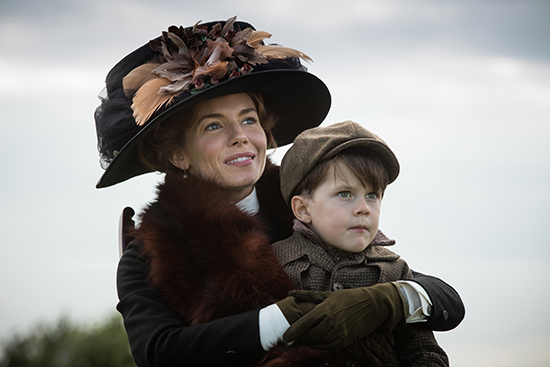 This point is evident from early on, and the limitation of the film is ultimately less its distortion of history or its failure to resolve certain ideological issues than the fact that it eventually runs out of places to go. Much of what Gray is trying for here was already done by Terrence Malick in The New World (2005), an even more romantic vision of colonialism: specifically, in the scene where Pocohontas (Q’orianka Kilcher) asks her former lover John Smith (Colin Farrell), ‘Did you find your Indies?’ and he answers, ‘I may have sailed past them.’