There was a time not that long ago when the arts pages of quality daily newspapers were regarded as essential reading as much for those inside the arts industry as outside it. Just as these newspapers were themselves papers of record, their arts pages existed primarily to record and sustain strong and informed critical opinion. Considered criticism has always been and will always remain the vital final link between creativity, performance, and public appreciation.

I have been associated with The Age for more than thirty-six years in various capacities, especially with its arts pages – for the past seven years as the paper’s opera critic, a role I continued after my retirement from full-time journalism three years ago. Through the arts pages, as with the wider paper, I have worked with a changing cast of fine writers and editors, among them, some of the most inspiring and intelligent and witty journalists it has been my pleasure to know and to hold in respect, if not awe. It was also an extended learning experience. In hearing or reading what my colleagues thought or wrote, was to realise, with gratitude, that one’s own knowledge, and perhaps one’s expertise, increased accordingly. As Joan Sutherland once remarked to a fellow singer, ‘School’s never out.’ And it wasn’t.

In early August, I resigned as The Age’s opera critic. I didn’t particularly want to do so, and my decision was neither pre-emptory nor forced upon me. I left because of the sad but inevitable realisation that The Age’s arts page no longer truly represented or upheld the critical standards that were once imperative to its existence and whose values remain of vital concern to me. And when I say ‘me’, I mean, by default, the artform I had the privilege to review.

Opera is but one of the many artforms under review in The Age (that proud title long ago consumed in the swirling smog of something called Fairfax Media). But arts space has shrunk to the point where there is often just the one page Monday to Friday, with no page on Saturday, and an inordinate amount of copy to run. If you equate the exponential with the extant – the ever-increasing number of performances, exhibitions, and other cultural events in this city juxtaposed with the dwindling budgets (particularly for freelance writers) and forever-shrinking space available in which to publish reviews – it is easy to see how the arts editor’s role has metamorphosed from being able to exercise reasonable judgement in what to run to more drastic, slash-and-burn decision-making.

So it came to pass with opera reviewing for The Age.

In mid-July, I emailed the paper’s new arts editor, Hannah Francis, advising her that Melbourne Lyric Opera was to perform a new production of Monteverdi’s masterpiece, The Coronation of Poppea. I asked her when would she like to run a review, and how many words. She replied, saying that the arts pages were full early in the week and there was no room for a review. 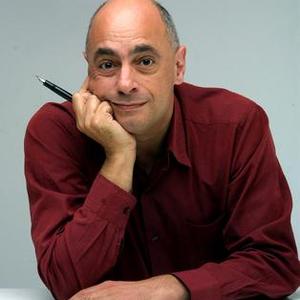 Michael Shmith was The Age's opera critic from 2010 to 2017I replied, expressing disappointment, but asking if there was any way a review could be run, possibly later in the week. No reply. So, I went to the opening night, and, the following day, filed a modest, 300-word review with an accompanying note, expressing hope that space might be found before the season ended the following Friday. On the Monday, I received a response from Ms Francis that included the phrase ‘No means no’. In future, she said, she would require more notice to consider reviews and, even then, that she would be less likely to want reviews of smaller companies; that Victorian Opera and Opera Australia would be more likely to be reviewed.

I then posted the review on Facebook and emailed Lyric Opera advising that the review would not be run in The Age or online. I then emailed Alex Lavelle, recounting what had happened. I concluded:

I am more dismayed by [Hannah Francis’] cavalier attitude to those smaller opera companies who are just as deserving of the right to a review, favourable or hostile, as larger companies. Does she intend to ignore them? Also, does she intend to apply this rationale across the board, say to low-budget films or small dance or theatre companies? Or is it exclusive to opera? Either way, it creates a wretched omen for arts companies in this city. It also reflects badly on The Age’s long and proud record as a paper of culture.
Given these points, and Ms Francis’ obduracy, I feel I am unable to continue as opera critic for The Age. Under such selective and punitive circumstances, I would simply not be able to do my job as expected and as required. As such, I offer my resignation. It is a sad way to end what has been a 36-year relationship with a paper I love and cherish, but I cannot see any other satisfactory resolution.

My resignation was accepted.

What concerns me the most, and far more than any brusque, short-sighted response of someone unable or unwilling to see the potential harm in discriminating against smaller opera companies, is the directly detrimental effect such a decision would have on these companies. Lyric Opera can afford to stage only two productions in 2017: The Japanese Princess and The Coronation of Poppea. Neither has been reviewed in The Age or its digital equivalents, although reviews were run in other publications and online. What does this augur for the future of such companies or their performers? It is not enough to favour Opera Australia or Victorian Opera when other companies also deserve their moment in the sun. After all, it is the smaller companies that one day become bigger ones. Encouragement, not disregard, is the crucial thing.

I was heartened (slightly) that since my resignation, The Age has published a review, by Barney Zwartz, of Wagner’s Lohengrin, staged recently by Melbourne Opera at the Regent Theatre. But, as far as The Age is concerned, is this the exception rather than rule? 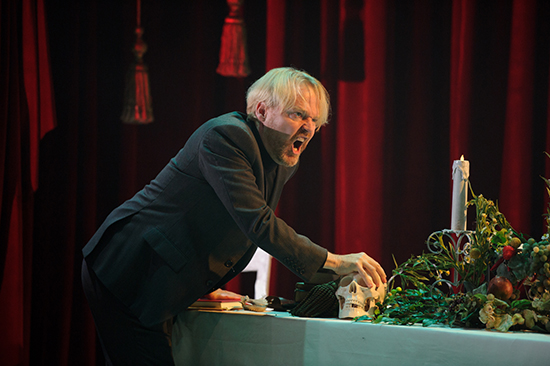 The time when an arts editor took the advice of a critic that something was perhaps worth more space or sense of urgency than usual has, alas, given way to indiscriminate consideration, with no guarantee of publication. This suggests to me that The Age is in danger of devaluing an artform that (as Monteverdi so persuasively reminded me only a few weeks ago) is 400 years old and still going strong. Many operas end in tragedy: I’ve lost count of the number of decapitations or death by the sword, the musket, the flame or strangulation. Yet, this does not mean the future of opera itself in Melbourne should be placed in mortal peril. After all, not publishing reviews or running them online is a form of slow cultural asphyxiation.

For these reasons, I felt unable to continue as opera critic for The Age. ‘No means no’, I was told. Well, enough is enough.

ABR welcomes comments on all its features, and Hannah Francis was of course invited to reply to this article, in the form of an online comment or a letter to the editor. She told ABR she has decided not to do so.