Does anyone read Daphne du Maurier (1907–89) these days? An immensely popular novelist for some decades, she was much filmed, for screens large and small, most famously by Alfred Hitchcock, who filmed Jamaica Inn and Rebecca in 1939 and 1940 respectively, and, even more famously, The Birds in 1963. Clearly there was plenty to attract filmmakers to her work. As one who had not read her for several decades, I was impressed on recently reading My Cousin Rachel (1951) by the sheer quality of the prose and its ability to maintain an enigmatic quality without descent into mere teasing.

Back in 1952, 20th Century Fox filmed the novel with Richard Burton as Philip Ashley and Olivia de Havilland as his cousin Rachel. Re-viewing this version, it is probably true to say that it adheres somewhat more closely to the novel, particularly in the earliest and final episodes. This is a matter for neither praise nor blame in matters of adaptation, but, in relation to the film’s ending, the old film wins hands down. This apart, the new Fox Searchlight production makes very intelligent use of the novel. Roger Michell, as director, knows how to make absorbing films from notable novels, as he did with Jane Austen’s Persuasion (1995) and Ian McEwan’s Enduring Love (2004), without recourse to slavish ‘fidelity’.

The new Rachel begins with a rapid pre-title sequence of images that whet the appetite. It opens with a vast seascape with precipitous cliffs. A man and boy are seen fleetingly and happily together before the child has grown into a schoolboy. Moments later we are introduced to the adult version of Philip Ashley. The adored older cousin, Ambrose, who has brought up the orphaned Philip, has departed to Italy for his health. There he marries Rachel, becomes ill, and expresses his forebodings in a letter to Philip: ‘She has done for me at last – Rachel my torment.’ All this is accomplished with real cinematic flair, the images superbly shot and edited, accompanied by Philip’s voice-over, which recalls the novel’s first-person narration and his ownership of the title, which then appears, viewing appetites nicely piqued. 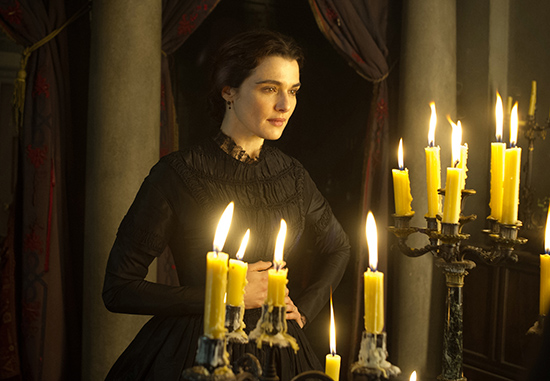 On receiving news of his cousin’s death, Philip (Sam Claflin) goes to Italy, finds the villa empty, Rachel having left. Believing her responsible for his Ambrose’s death, he vows to return ‘pain and suffering in full measure to the woman who caused it’. The film’s structure (and, indeed, the novel’s) depends on its having created a fascination with the idea of Rachel that will only be answered when she comes to England. Will she return to claim possession of Ambrose’s Cornish estate, with its vast home and army of rural labourers? Is she an opportunist at best, murderess at worst? How will she react to Philip, now ‘master’ of the Ashley acres? She is European and has long lived in Italy. There is no provision for ‘wife’ in Ambrose’s will and Philip’s attitude to her coming is summed up thus: ‘I want justice for Ambrose.’

Michell’s screenplay deals economically and compellingly with this build-up. He knows exactly how much detail is needed to create expectations, not only of Rachel but also of how Philip will respond to the new challenges in his life. When she does arrive, neither he nor anyone else is ready for the contrast she offers to the images they have nurtured from scraps of information. Not only is she very beautiful, but she seems essentially outgoing, a woman of social ease and friendliness. Yet she retains an enigmatic quality, and Michell uses tight compositions to detect tensions in close-ups that call into question her intentions with regard to Philip and the house. The neighbouring gentry, including the executor of Ambrose’s will and his daughter, as well as the lower orders, all seem taken with her charm and beauty, though there are odd moments that chip away at this image. 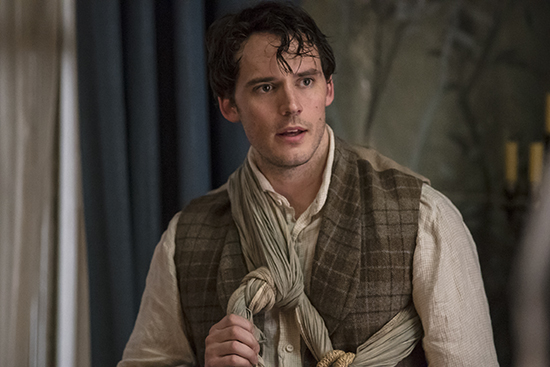 An enormous onus falls on the actress playing Rachel, and in Rachel Weisz the film has chosen one who is not only one of the great beauties of the current cinema but also one of its finest actresses. Hers is a brilliantly persuasive performance, dazzling in its surface charms and subtly troubling as to what may lie beneath. With Weisz in the role, Michell ensures the film’s power to hold our attention without recourse to hectic melodrama. He counts on us to be as fascinated and as puzzled by her as Philip is. Sam Claflin’s Philip provides a sympathetic focus as we also seek to understand his cousin Rachel.

My one serious quibble with the film has to do with its ending. Screenwriter Michell does not serve his director-self well with his attempt to leave the audience smiling. Du Maurier didn’t, nor did the earlier film version – and that was wise of them both.

My Cousin Rachel (Fox Searchlight) 106 minutes, based on Daphne du Maurier’s novel of the same name, is directed by Roger Michell. In cinemas from 8 June 2017.