Canadian-born pianist Angela Hewitt is well known to Australian audiences through her regular visits and her memorable performances and recordings of Johann Sebastian Bach’s keyboard repertoire. Her legendary performances of Bach, encompassing superb playing and thoughtful and considered interpretation, have demonstrated how successful harpsichord music can sound on the modern instrument. While not seeking to imitate the harpsichord in any way, Hewitt has created a style that is sensitive to the eighteenth-century idiom, without the extremes and idiosyncrasies of her famous compatriot and Bach specialist, Glenn Gould.

Hewitt’s current Australian tour with Musica Viva features two different programs. The first opens with two of Bach’s Partitas; after interval we have Scarlatti, Ravel, and Chabrier. The second program combines Partitas no. 1 and no. 2 and two sonatas by Beethoven. Sensibly, Hewitt does not want to be pigeonholed in the Baroque repertoire.

The six Partitas were written between 1726 and 1731, when the set was published as Bach’s opus 1. Written for harpsichord, each Partita commences with a different movement. In order of the six Partitas, they are: Prelude, Sinfonia, Fantasia, Overture, Praeambulum, Toccata. Each introduction is followed by a varied sequences of dance movements, including: Allemande, Corrente, Sarabande, Menuet, Passepied, Gigue. Between them they illustrate a rich and inventive use of musical form. Not surprisingly, they remain popular with pianists and harpsichordists today.

In this Judgement of Solomon, ABR Arts opted for program one, which began (after a calming sidelong look from our pianist) with the most popular of the set, the Partita no. 1 in B-flat major. Hewitt’s account of this, with her intense focus, elegant and subtle variants in the repeats (all of which were observed), occasional rubato, and superb ornamentation, showed her total command. The Sarabande, as the central movement, was especially beautiful. This was followed by a superb rendition of the fourth in D major, a work that is almost twice as long as the first and musically much more complex and demanding, for performer and audience alike.

After interval, Hewitt played five of Scarlatti’s 555 keyboard sonatas, a perfectly balanced selection that covered the virtuosity, elegance, grace, and variety that characterise these dazzling early examples of the form. These short works – one movement under ten minutes in length – are extraordinarily inventive, with many of them demanding exceptional technical brilliance and interpretative taste to make them convincing. Hewitt’s performance of the most famous of all Scarlatti keyboard works, Sonata in E major Kk380, was mesmerising. 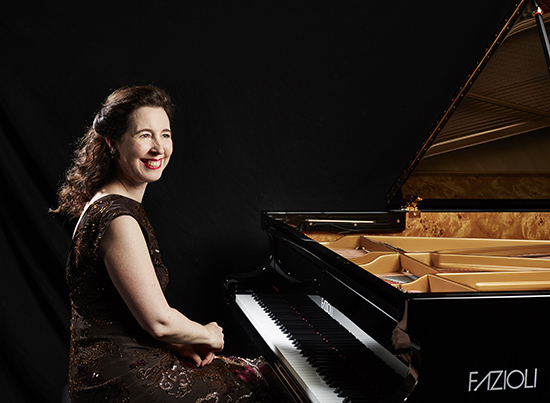 After such masterworks from the Baroque, the program was followed by a jump in time to Ravel’s Sonatine (1903–5), an exquisite three-movement gem. It was in this work that the beautiful sonorities and tone of the Fazioli piano, chosen by Hewitt, became most apparent. Her superb articulation, honed by years of playing the Baroque repertoire, gave this and the final work in the program, Emmanuel Chabrier’s virtuosic Bourrée fantasque (1891) impressive clarity. With an encore of the perennial Debussy favourite Clair de Lune, from the Suite Bergamasque, Hewitt demonstrated great mastery in nearly two centuries of compositions for the keyboard. Her programming showed a perfect balance between the Baroque works and the shorter nineteenth- and early twentieth-century works, most of which are dance movements, or close to being. All pianists and lovers of piano music should hear Hewitt on this tour.

After this concert, ABR Arts could not resist Angela Hewitt’s equally splendid second program, devoted to Bach and Beethoven. She paired Bach’s Partita no. 2 with Beethoven’s Sonata no. 1 (Opus 2, no. 1) in the first half, and Partita no. 4 with Sonata no. 14 (Opus 27, no. 2, Moonlight) after interval. The link between both programs was the repetition of the fourth Partita, understandably a favourite with Hewitt, It was a rare privilege to hear it twice in one week by a consummate artist. As a musical–historical exercise, it was fascinating to observe the seismic shift in musical form and expressive sensibility that occurred in only a few generations. From 1726, when Partita no. 2 was composed, to 1801 when the Moonlight sonata appeared, we followed the transformation of the late Baroque keyboard suite into the mature classical sonata.

Once again Hewitt showed her mastery, allowing the music to speak freely and dictate her impressive interpretative skills. While in performance she is refreshingly free from any histrionics, there is nothing understated in her playing. She uses the full dynamic range of the piano to great effect, projects even the pianissimi with the greatest clarity throughout the hall, and is perfectly comfortable displaying her phenomenal technique when required, making it abundantly clear that these are incredibly difficult works technically and interpretatively to play really well. She opened her charming address to the audience at the end of the performance with: ‘That is one helluva program’.

Partita no. 2 begins with a sinfonia, comprising a grand slow introduction that leads to an andante section and concludes with a fugue-like final section. This is followed by the usual varied series of dance movements ending with a dazzling capriccio played with brilliance, verve, and humour. Again in both Partitas, it was the sarabandes that gave Hewitt the opportunity to bring out the profundity and grandeur in these superlative works for the keyboard. 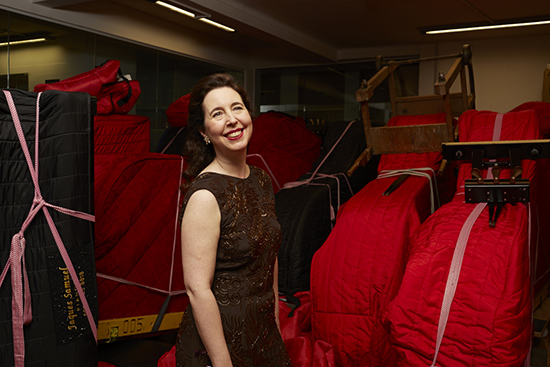 While Beethoven’s first piano sonata owes a clear debt to Haydn and Mozart – it has a conventional four-movement structure, even with repeats in the second halves of the first and final movements – he takes the expressive, dramatic, and technical possibilities of the keyboard sonata to another level. Hewitt’s refreshing stylistic approach to the sonata placed it as an extension of the Haydn and Mozart tradition rather than retrospectively imposing the profundity of the late sonatas on it. Even in this early sonata, Beethoven’s restless inventiveness shines through.

In her helpful program notes Hewitt wrote about the final work of the evening: ‘Is there anything left to say about this, the so-called “Moonlight” Sonata?’ Many in the audience who had played that sonata as well as other works in both her concerts may have wondered the same thing. Fortunately, in Hewitt’s hands there was much to say about it. In this program, which contained beautiful slow movements by Bach and an encore of a Chopin Nocturne (Opus post. C sharp minor), the dreamy harp-like first movement adagio sostenuto owed a debt to the former and prefigured the latter. It formed a prelude to the elegant fleeting allegretto and the concluding, diabolical presto agitato. Apparently Hewitt had originally offered a sonata by Schubert to conclude the program, but settled on the Moonlight. Let us hope that on her next Australian visit she packs more nineteenth- and twentieth-century repertoire, along with Bach.