For the first third of this film, you would be forgiven for thinking you were back under the influence of the Italian neorealists: largely non-professional actors in a realistic milieu; themes of poverty and deprivation; a child at the centre of the action. That it takes place in India only heightens the effect; it is difficult to conceive of a contemporary setting more dangerous or overwhelming for a lost boy than teeming Kolkata. Or Calcutta, as it was known when Saroo (Sunny Pawar) arrived by train in 1984, having accidentally left his family thousands of miles behind in a town he was too young to name.

Director Garth Davis plunges the viewer into this nightmare with a documentarian’s eye for emotional distance and the germane detail. Saroo’s mother, Kamla (Priyanka Bose), survives by ‘moving rocks’ on a building site; Saroo and his older brother Guddu (Abhishek Bharate) help out by stealing coal from moving trains. One of these moving trains will inadvertently carry Saroo thousands of miles from his home, into the hands of a Dickensian cast of undesirables, and eventually into an orphanage. He ends up in Hobart, where he is adopted by Sue and John Brierley (Nicole Kidman and David Wenham). It will be more than twenty years before Saroo returns to India and the family he lost.

These Indian scenes are the muscular heart of the film, beating life into the exercise long after they have left the screen. Grieg Fraser’s cinematography is superb here; dun-coloured and dusty, it fairly pulses with danger and over-stimulus, powerfully evoking the childlike wonder and the horror of abandonment. Pawar, as Saroo, is astonishing. It isn’t just that he seems incapable of a false action or forced expression; he fills the screen with his presence. It is the kind of casual magnificence that must make every trained actor weep.

As soon as Saroo flies over the ocean to the Apple Isle, the film loses some of its immediacy and tension. The early scenes with Kidman and Wenham aren’t bad, by any means: the awkwardness of abrupt intimacy is well conveyed, and the complexity of cross-cultural family dynamics becomes apparent with the addition of Mantosh (played as a child by Keshav Jadhav and as an adult by Divian Ladwa), another adopted Indian child with pressing emotional needs. But the film seems to be treading water at this point, and that sense is hard to shake even when it jumps forward twenty years and we meet Saroo as an adult, now played by the immensely charming Dev Patel. The rest of the film deals with his attempts to find his lost family, but the stakes are never quite as high as those opening scenes, even if we are constantly willing his success. 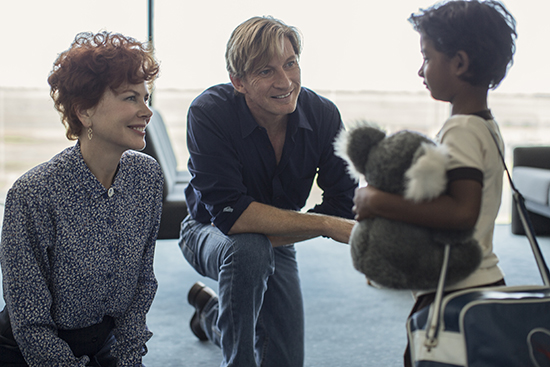 Apart from the purely logistical, nothing is really preventing Saroo from achieving his goal; his parents are incredibly supportive, he has a girlfriend (Rooney Mara) backing him all the way, and Google Earth has just been invented. Luke Davies’ script, so sparse and suggestive in the first third, becomes rather flavourless and clunky once Saroo decides to search for his lost home. The internal conflicts are dictated to the audience rather than revealed, and little is left for the viewer to do than wait for the inevitable reunion.

There are rewards along the way. Kidman is excellent as the emotionally brittle but deeply maternal Sue, and the scene in which she explains her reasons for adopting her sons is quietly tectonic. (Wenham is, by contrast, mostly useless in an admittedly colourless role.) Mara is beautifully nuanced in the thankless girlfriend role, and Patel is effortlessly engaging for the most part – his Australian accent is so convincing it’s hard to believe he wasn’t raised here. It is a pity that his final scene, ostensibly the emotional catharsis of the whole film, doesn’t quite gel. There is a sense, reminiscent of Liam Neeson’s final moments in Schindler’s List (1993), that the actor wasn’t given the requisite preparation, as if the filmmakers were pressed for time on location. The result is a slight tilt into mawkishness.

In fact, the film has an overall tendency towards the reductive and sentimental, even while it attempts to tell one man’s personal truth. It is an undeniably poignant and uplifting tale – and large chunks of the film are almost overwhelmingly moving – but the filmmakers have cleaved too closely to the tone and viewpoint of Saroo Brierley’s book A Long Way Home (2013). His account is generous and unfailingly polite, but it leaves the most fascinating questions unacknowledged, let alone answered. It is more than merely ironic that Saroo finds his family through a technology that he would most likely have no access to in his native country; the film treats Kamla’s decision to stay put and hope her son will return as a noble act, but it surely speaks far more to the limited options of her poverty. 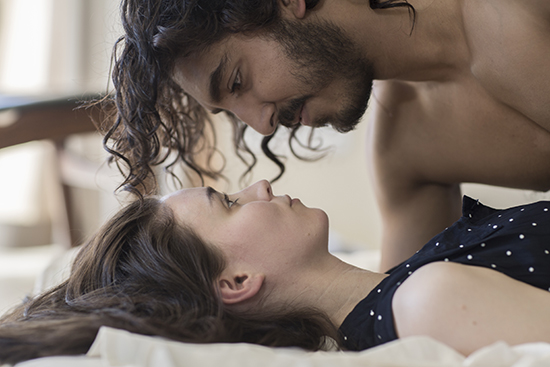 Most disconcertingly, Saroo’s own identity crisis is depicted as a completely external problem, his journey home merely a matter of joining dots on a map. The film opens with some beautiful shots of geographical phenomena: streams, pathways, and naturally occurring circuits. It is obsessed with roads and tracks. Unfortunately, it never moves beyond these symbols, content to render one man’s inner search as something unambiguously topographical.

Lion, 118 minutes, directed by Garth Davis and written by Luke Davies. Produced by See Saw Films, Screen Australia, and The Weinstein Company. Distributed in Australia by Transmission Films. In cinemas from 19 January 2017.