In London, 1947, a young white English woman named Ruth Williams (Rosamund Pike), of modest background, meets an ordinary-seeming young black man named Seretse Khama (David Oyelowo) at a dance. They go on a few dates, swap jazz records, and then, in short order, the young man reveals to the young woman that he is an African king and proposes marriage to her. She accepts him immediately.

This is the foundation of the fairytale-like romance at the heart of A United Kingdom – delivered to viewers in the film’s efficient opening scenes – though it isn’t quite a fairytale. The story is based on a notable instance of true romance from the history books. Seretse Khama was kgosi (king) of the Bamangwato people, who were colonised by the British and who dwelt, during the first half of the twentieth century, inside the British Protectorate of Bechuanaland. Neither the British government nor Khama’s royal family approved of the marriage between Khama and Williams, and the couple’s efforts to live together would play a part in the wider independence struggle of Bechuanaland, which became Botswana in 1966, with Khama as its first president.

British director Amma Asante uses the romance as a vehicle to explore the machinations of British power at the end of the colonial era. This is fortunate, in so far as the politicking is more interesting than the love story. The film’s narrative tension is generated by what gets in the couple’s way; as in all good fairytales, love must run an obstacle course.

The first and most powerful brake on the pair’s happiness shows itself in an early scene, when the newly engaged Williams is confronted by Alastair Canning (Jack Davenport, a reliable player of villains), the British government’s representative in South Africa. That country regards an interracial marriage on its border as a threat to its own recently established system of apartheid. ‘Do you know this word?’ Canning asks Williams. The British Labour government, under the leadership of Prime Minister Clement Attlee, also fears losing access to South African resources, should it not pressure Khama into giving up his royal claims. Canning wastes no time in conveying the disapproval of both governments. 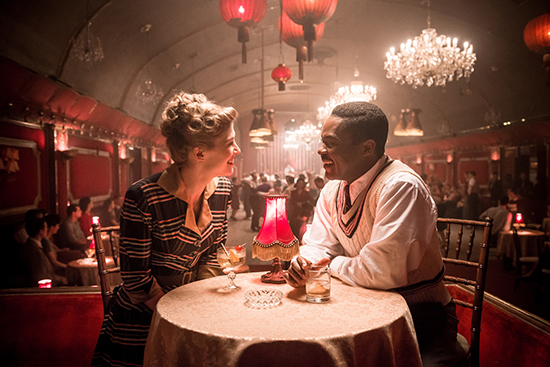 But the couple also meet with hostility from Khama’s family when, defiantly married, they arrive in Bechuanaland. In particular, Khama’s uncle Tshekedi (Vusi Kunene), who has acted as regent since Seretse’s childhood, and his sister Naledi (Terry Pheto), regard rule by a white queen as a terrible insult. The film’s greatest structural success lies in its its doubling of outsiderness: in London, Khama is regarded by the British colonialists as both an exotic and a troublemaker, while in Bechuanaland, Williams is seen as an arrogant interloper. There is no place to which they really belong, even if they belong to each other. A pity, then, that the onscreen relationship is not developed to a greater extent. Rosamund Pike and David Oyelowo are both charismatic performers, but their steady affection is the same at the end of the film as it is in the beginning.

Their respective characters are more interesting when circumstances force them apart. Pike, who was so brittle as the lead in Gone Girl (2014), is suppler here, and smart enough not to play the white saviour in Africa (credit must also go to Asante for her direction of this role). She is visibly humiliated by the rejection of Khama’s family, but she can also laugh at herself, while maintaining an interest in the international politics that are shaping the fate of her adopted country.

Oyelowo, meanwhile, reprises some of the statesman-like notes that he developed so effectively under the direction of Ava DuVernay in Selma (2014), where he played Martin Luther King Jr. Khama, like King, is both an excellent public orator and an advocate for social justice. There is a danger, perhaps, that Oyelowo will end up playing a parade of history’s Most Dignified Men (apart from anything else, he has a great facility for accents). This would be a shame, as his powerful screen presence suggests his ability to convey character traits well beyond the realm of virtue. Any lack of nuance here is more the fault of the screenplay – written by Guy Hibbert, with origins in the non-fiction book Colour Bar, by Susan Williams – than of Oyelowo as an actor. 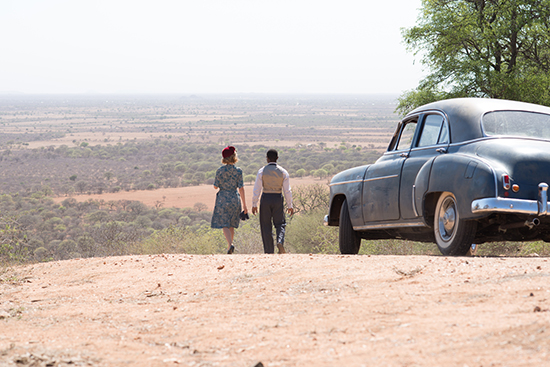 As in her previous film, Belle (2013), which was loosely based on the life of the eighteenth-century black British gentlewoman Dido Elisabeth Belle, Amma Asante has crafted a polished period drama which also resonates with contemporary struggles for racial equality. Both she and Oyelowo, who championed the development of this film for many years, are passionate advocates of onscreen diversity. Though A United Kingdom has an emotional arc that is too predictable, its resurrection of a widely forgotten piece of twentieth-century history is worthy.

A United Kingdom, 111 minutes. Directed by Amma Asante and written by Guy Hibbert. Distributed in Australia by Transmission Films. In cinemas from 26 December 2016.