If you’ve just read a novel prior to seeing the film derived from it, you tend to know what to expect in the way of major plot manoeuvres. Attention is then apt to focus on how the filmmaker has responded to the original, and the ‘what’ can then often be seriously challenged. As one who believes fidelity to be great for relationships, I favour playing around for adaptations.

Where then does The Light Between Oceans stand in this matter? Director–screenwriter Derek Cianfrance, in adapting M.L. Stedman’s engrossing 2012 bestseller (reviewed by ABR in April 2012), has opted to retain to a remarkable extent the novel’s narrative trajectory – with one major exception. Stedman opens her novel on Janus Rock island, with a boat containing a dead man and a baby washed up and pulled into shore by lighthouse-keeper Tom Sherbourne, whose young wife, Isabel, urges him to delay reporting this to the authorities, and embraces the child.

Cianfrance’s film opens eight years earlier with Tom (Michael Fassbender), a veteran of the Great War, ‘looking to get away from things for a while’. When his train arrives, many injured servicemen disembark. Accepting what is to be a temporary job as keeper of the Janus lighthouse, in the film’s first few minutes on another beach, he sees a happy girl feeding gulls. She is Isabel (Alicia Vikander); he takes up the Janus appointment; they subsequently marry and are very happy together; but there are two poignantly recorded miscarriages on the island before the crucial arrival of the drifting boat.

Sometimes that ‘how’ of the film can lead you to wonder why. Cianfrance is perhaps more concerned to establish the basis for Tom’s moral conflict from the outset. His war experiences have left him withdrawn, and Fassbender captures his troubled containment with a persuasive minimalism. His growing happiness with Vikander’s outgoing expression of life-loving is touchingly done. His love for her when she wants to keep the baby, to let it be thought on the mainland as her own arrived prematurely, creates a powerful conflict for Tom, acting for her well-being, and the film, with its two ‘hot’ stars of the moment, renders this with gut-wrenching emotional vividness. These two complement each other as the film needs them to, and the third protagonist to emerge, Hannah, the baby’s birth mother, is played by Rachel Weisz with an agonised apprehension of loss that actuates a moral dilemma for the film that is only resolved in its last moments. 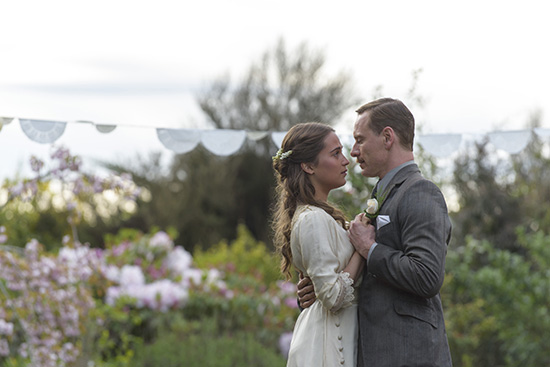 This is a film of great visual beauty, but it is a beauty that never descends into mindless pictorialism. From its opening moments depicting, in a vast overhead shot, a train making its way through a mountain and seaboard landscape, to the accompaniment of Tom’s voice-over about the need ‘to get away from things’, there is pervasive connection between image and narrative intention. Tom, that is, is a man lost in his world and needing to finding a new way. There are several exquisite Turneresque sea- and skyscapes, but again they represent more than natural beauty: there is also a telling quality of emptiness about them; and there are many shots that encapsulate the solitariness of the Janus light which may offer a beacon of reassurance to seafarers but is no guarantee of security for the little family that alone lives there. Even the comparative safety of the nearest mainland West Australian town seems compromised in the nocturnal long shots, which silhouette the towering rocky outcrop that seems to threaten its cosily lit domesticity.

These images are examples of the sort of ‘how’ I had in mind earlier. Just as altering the sequence of the earlier events means that the film will make different demands on our involvement with the issues raised by the dead man and the baby, so the visual rendering of states of mind through images, which juxtapose the natural world and the human behaviour that takes place in it, becomes a vital element in our emotional response. And a third element of ‘how’ may be seen in the casting of some of Australia’s best-known actors, such as Jack Thompson, Garry McDonald, and Bryan Brown. They – and other excellent players such as Jane Menelaus and Anthony Hayes – ground the film’s events in a recognisable rural-town setting of faces and places. 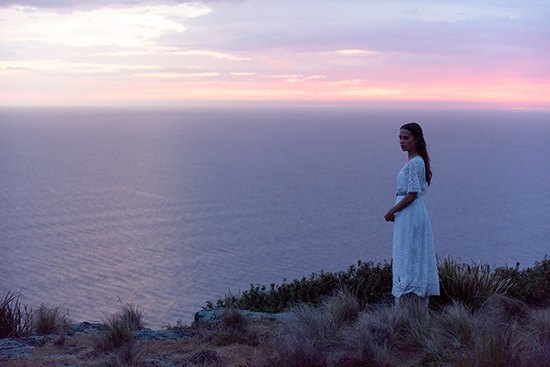 This is a film in which right and wrong, truth and lies, are in ongoing tension, a dialectic that gives toughness to what in lesser hands might have become a melodramatic tear-jerker. A lie in the interests of someone else’s happiness or the truth when it is bound to cause grief: such issues give the film a spine as well as a heart. Eschewing feel-goodism, it ends instead with both the past and the implied future’s endowing the present with a sense of earned forgiveness.

The Light between Oceans (CTC). 133 minutes. Written and directed by Derek Cianfrance and based on the novel by M.L. Stedman. Distributed by Entertainment One. In cinemas from 3 November 2016.