At any time, Washington, DC would be an apposite place in which to stage Wagner's vast cautionary saga about the devastating effects of greed and lust for power on the human and natural world, but it is excruciatingly so at this moment. On Pennsylvania Avenue, roughly halfway between the White House and the Capitol, is a vast sign which reads COMING 2016: TRUMP. It is, however, not an election poster but a notice that the Donald has leased the semi-derelict nine-storey Old Post Office Pavilion, Washington's second tallest building, and has promised to spend $200 million to turn it into a luxury hotel. In a Trump presidency, if a rainbow bridge were to stretch from the White House to the Trump International Hotel, it would be difficult for the gods to decide at which end was Valhalla.

The Washington National Opera's Ring Cycle has had a long gestation period. Conceived as a co-production with San Francisco Opera during Plácido Domingo's tenure as artistic director, only the first three operas of the tetralogy were staged before the financial crisis of 2008 put a temporary halt to the proceedings. The full cycle was first staged in San Francisco in 2011. Now, finally, three cycles have been performed in Washington. Arts Update attended the third and final one.

According to those who experienced the San Francisco performances, much has been changed, but Francesca Zambello's concept and Michael Yeargan's magnificent sets are essentially the same. The production has been christened the American Ring. Zambello takes us from pristine wilderness through gleaming cityscapes to natural destruction and urban decay. But this is a journey that many Western societies have travelled in the last century. In the program notes, Zambello references the great landscape artists Albert Bierstadt and Frederic Church but one can also see the influence of Edward Hopper and Adolphe Appia in Yeargan's designs, and one scene is pure Jeffery Smart.

Zambello's production has also been described, not always admiringly, as a feminist one but in highlighting the strength of the women she is simply following Wagner. Again and again it is the women – Erda, the Norns, Fricka, Waltraute, even the Rhinemaidens – who see things clearly and warn the protagonists to no avail. 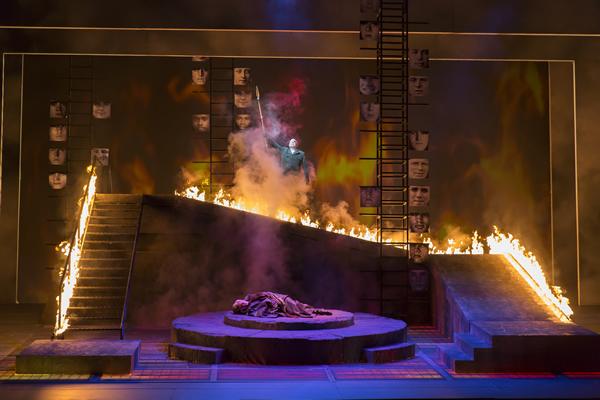 Unlike many directors of the Ring who concentrate on the spectacular moments and leave the singers to fend for themselves, Zambello hones in on the relationships between the characters, what the Germans call Personenregie. Two of the most powerful scenes in the cycle were ones that usually are given short shrift. The Act Two argument between Wotan and his wife Fricka in Die Walküre was hair-raising in its intensity and the short scene between Alberich and his son Hagen in Götterdämmerung in a staging eerily reminiscent of Fuseli's The Nightmare was magnificently creepy. Zambello also managed some interesting and valid twists on relationships. In Das Rheingold, the physical connection between Wotan and Fricka was still strong, and it was an interesting touch to give Freia a case of Stockholm syndrome and have her fall for her abductor Fasolt. Shades of Patty Hearst perhaps.

If the big moments didn't come across with the power they should have, the fault was not so much with Zambello's staging, though the final sequence was decidedly visually underwhelming, as with the conducting of Philippe Auguin. Auguin is an experienced Wagner conductor, but on this occasion his conducting was underpowered and draggingly slow. Great moments came and went almost unnoticed and I have never heard a more flaccid account of the stupendous Siegfried Funeral March. The orchestra was stretched to the limit, and sounded it, though the first horn was a glorious exception. 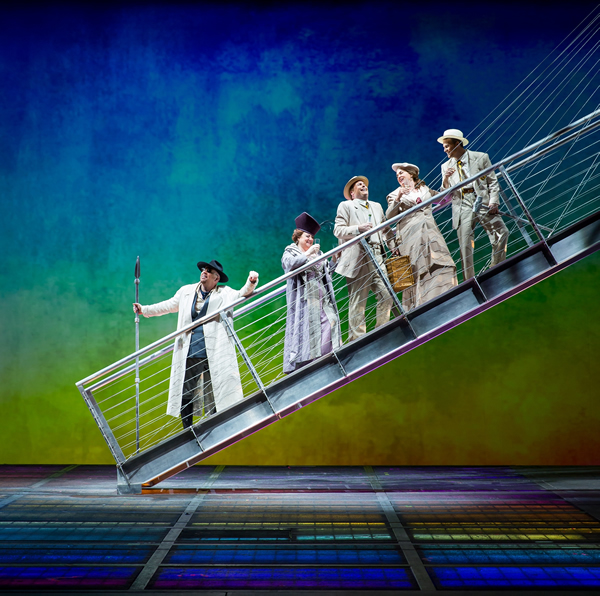 Alan Held was a rock-solid Wotan, magnificent in the Die Walküre Act Two monologues, and heart-breaking in his farewell to Brünnhilde. His riddle scene with David Cangelosi's lively acrobatic Mime, usually something of a drag, was a highlight. Gordon Hawkins's Alberich was gloriously sung, if lacking the final degree of venom. Perhaps the best singing in the cycle came from William Burden as Loge. It was a shame that Wagner decided not to bring him back for the conflagrations at the end of Die Walküre and Götterdämmerung. The young and very promising mezzo Jamie Barton made her mark with Waltraute's narration.

Christopher Ventris started strongly as Siegmund but ran into vocal trouble at 'Winterstürme wichen dem wonnemond', where volume and pitch deserted him. In contrast, Meagan Miller started slowly as Sieglinde but warmed up to give a rousing account of 'O hehrsters Wunder'.

The American tenor Daniel Brenna, in his early thirties, has been singing Siegfried for five years. He is a lively presence on stage and at present has the stamina to get through the mammoth role, but there is not much colour in the voice and by the end of Siegfried he was obviously forcing to get the volume. One wonders how long his career will last.

Arts Update is in a minority of one in its disappointment in Nina Stemme's Brünnhilde. The Swedish singer is widely considered to be the leading dramatic soprano of the moment. She had just come from a hugely acclaimed performance of Elektra at the Metropolitan Opera and may, understandably, have been vocally tired, but she is developing a worrying vibrato. She has the volume and range for the role, but the complete absence of legato in her singing was dismaying. A different soprano, Catherine Foster, sang Brünnhilde in the first two cycles, so Stemme was coming into the production late, and this may account for the fact that her acting was of the old-fashioned operatic semaphore style. 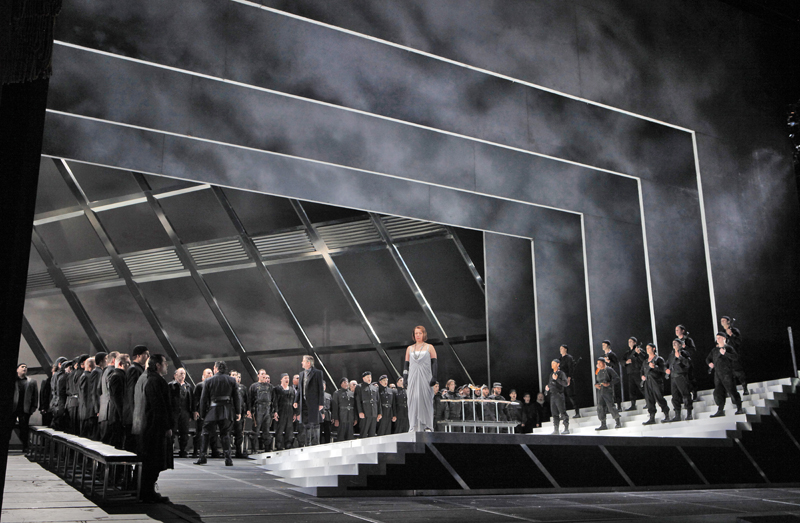 Nina Stemme as Brünnhilde in Götterdämmerung

No production of something as enormous as the Ring can be perfect, but the narrative clarity and visual strength of Zambello's production made the Wagnerian journey worthwhile.

The Ring Cycle was presented by the Washington National Opera at the Opera House in Washington, DC between April 30 and May 22, 2016 . It was a co-production with the San Francisco Opera.