Opera Australia and producer John Frost have recruited a stellar cast for the August production of Lerner and Loewe's masterpiece 'My Fair Lady', to be directed by Julie Andrews, the original Eliza Doolittle. Eliza will be performed by Anna O'Byrne. Alex Jennings – thrice an Olivier Award winner, and fresh from playing Alan Bennett in The Lady in the Van – will play the insufferable Henry Higgins. Australian veterans Reg Livermore and Robyn Nevin will play Alfred P. Doolittle and Mrs Higgins, respectively. 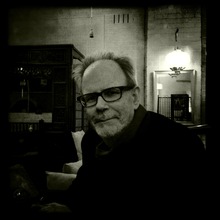 Arts Update's jazz critic Des Cowley will review the Melbourne International Jazz Festival (3 –12 June). The stated theme is the 'Evolution of Jazz', a celebration of the ongoing dialogue between past icons and emerging figures. Opening with US sax giant Gary Bartz's tribute to the music of John Coltrane, and closing with the masterful Wayne Shorter Quartet, MIJF promises an exciting few weeks of music in Melbourne in June. International highlights include the first Australian appearance of Grammy Award-winning bassist Esperanza Spalding, with her project Emily's D + Evolution; rising Blue Note pianist Robert Glasper, playing in acoustic trio format; vocalist José James performing the music of Billie Holiday, and Japanese pianist Hiromi, returning with her Trio Project. World rhythms are represented by Ethio-Jazz pioneer Mulatu Astatke, who will perform with the Black Jesus Experience, and Eddie Palmieri's Latin Jazz Septet. Two concerts, in particular, that Arts Update is looking forward to are: the collaboration between Polish trumpeter and ECM recording artist, Tomasz Stańko, and the Monash Art Ensemble performing the music of the great film composer Krzysztof Komeda; and the first Melbourne staging of composer Stu Hunter's long-form suite 'the migration', which débuted to widespread acclaim at the Sydney Festival in January. Aside from concerts at the Arts Centre, Recital Centre, Forum, and Cooper's Malthouse, there will be plenty of club sessions at Bennetts Lane, Uptown Jazz Café, and Dizzy's Jazz Club, including performances by American saxophonist Marcus Strickland and trumpeter Keyon Harrold; Israeli pianist Shai Maestro; Peter Knight's Way Out West; and a tribute to the late Melbourne drummer and bandleader Allan Browne, led by his long-term friend and collaborator Paul Grabowsky.

The full program can be found at: melbournejazz.com

Australia has yet another writers festival – the Feminist Writers Festival, in partnership with the Melbourne Writers Festival from 26 to 28 August. Dr Cristy Clark, chair of the Steering Committee, comments: 'The festival will expand the themes and voices around feminism and women's writing by offering a space for critical engagement and practical support for all feminist writers and readers.' Events will take place at Federation Square and the Footscray Community Arts Centre. The program will be announced in June.

ABR will be giving away five double passes to new and renewing print and online subscribers for the upcoming Australian Centre for the Moving Image (ACMI) exhibition Scorsese, which runs from 26 May to 18 September.

To be eligible you must be a current or new paid subscriber to the print edition of ABR or to ABR Online. To be in the running for this special offer, email Grace Chang at This email address is being protected from spambots. You need JavaScript enabled to view it. with your full name and contact details.