Often I am not proud of my profession, but there are times – usually when looking beneath the stones that shore up the established order – when journalists change the world for the better. The uncovering of the extent of sexual abuse of children, particularly by Catholic priests, is unquestionably one such example.

I have little doubt that had it not been for the unquenchable courage of many victims and the determination and dogged digging of the fourth estate that the Catholic Church would still be covering up the extent of abuse and moving paedophile priests from parish to parish.

Before the sustained exposure in the Western media, police were often complicit in cover-ups or simply refused to believe children, so that few cases came to court, while politicians were heavily influenced by the Church.

At the top of the journalistic honour board is the Spotlight team of investigative reporters at the Boston Globe, which in 2002 produced a Pulitzer Prize-winning series of reports uncovering the unbelievable extent of the abuse, and the layers of complicity in the cover-up, which up to that point was simply unthinkable.

Their investigation, with all its detours, obstacles, and moral ambiguities, is superbly portrayed in the film Spotlight, which has received half a dozen Oscar nominations. The film opens powerfully with a senior cleric whisking an errant priest out of a police station, while a policeman tells a colleague that the case will never come to court. Then, on his first day as editor in chief at the Boston Globe, Marty Baron (Liev Schreiber) requests a follow-up to a recent column about clergy abuse, which sets the saga in motion.

Baron, a Jew, is the first outsider to edit the Globe. His independent approach is evident in his first meeting with Cardinal Bernard Law, who tries to ensure the close bonds between 'two great Boston institutions' continue, which Baron rebuffs. Law presents Baron with a gift which he unwraps later in his car: it is the Catholic Catechism. I guessed that before he opened it – in 2002, when I went to Melbourne Catholic Archbishop Denis Hart to introduce myself as the new religion reporter for the Age (an amicable interview that nevertheless lasted less than five minutes) I received the same gift. 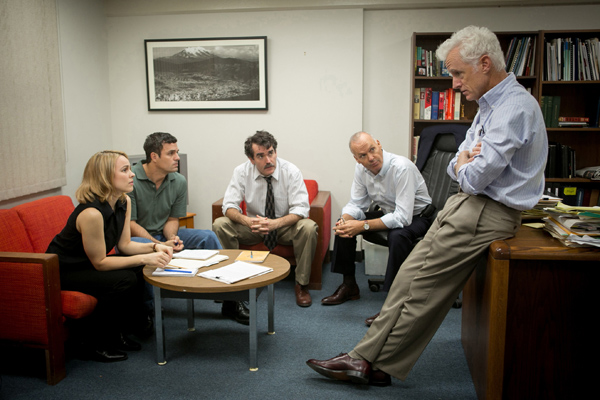 Many at the Globe, including the Spotlight team, are sceptical about 'taking on the Church', but the more they dig the more they uncover, and the more determined they become. First, they focus on John Geoghan, accused of abusing well over 100 children and later murdered in prison. Then they realise that there are at least thirteen abusers, then seventy. (By 2008, the number of Boston priests accused of child sexual abuse was 249.)

They follow several angles, talking to victims, their lawyers, especially Mitch Garabedian (Stanley Tucci), psychotherapist Richard Sipe, and even challenge the Church in court to secure access to sealed documents. One breakthrough comes from uncovering the 'code' in Catholic directories, such as noting priests on administrative leave.

The script is brilliant, particularly the way it presents powerful themes in tiny cameos. One is when Sacha's grandmother, a three-times-a-week Mass attender, silently reads the Globe revelation that tears down her trust in the Church, then asks for a glass of water. Another is when Robby realises that he was the editor on watch ten years earlier when a report about twenty paedophile priests was buried in the back pages. A third is when Pete, the cardinal's fixer, tries to close down the investigation with the arguments that worked so well for so long: the Church does important work, why stir up trouble for the sake of a few bad apples?

If the big story is abuse and corruption, another important theme is insider collaboration in the cover-up, and acquiescence by silence.

By and large, all the characters are credible, including Cardinal Law who went on to become the only cardinal forced to resign by his parishioners' revulsion at his cover-up. Pope John Paul II, whose dismissive attitude to abuse by the clergy leaves an indelible stain on an often heroic record, slapped Boston's Catholics in the face by appointing Law titular head of one of Rome's four great basilicas, Santa Maria Maggiore. 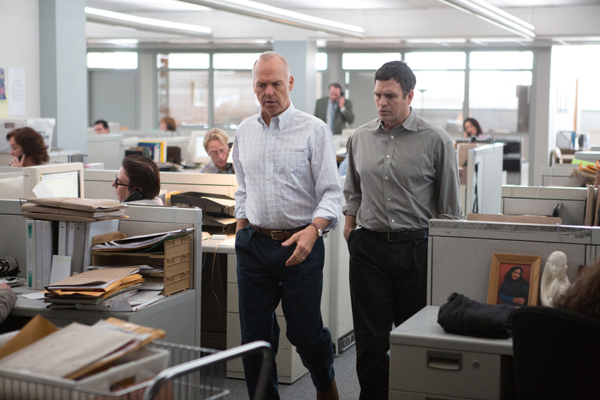 Michael Keaton and Mark Ruffalo in Spotlight (Entertainment One)

Comparisons with All the President's Men are inevitable: both are stories of a patient process in which incredulous reporters discovered the truth was worse than they could have imagined. But Spotlight is an even better film. At every level, it rings true to me, from the dogged determination and patient work of the journalists, to the damaged people they interviewed (including a priest), to the newsroom scenes, to the attempts by church figures to seduce them off the story. Often, in many places at many times, such attempts succeeded, but not this time in Boston.

I hope Spotlight wins best picture and a slew of other Oscars.

Note: As religion editor of The Age from 2002 to 2013, Barney Zwartz reported extensively on clergy sexual abuse and advocated for a judicial inquiry. He covered the Victorian Parliamentary Inquiry into the Handling of Child Abuse by Religious and Other Institutions which preceded the current Royal Commission.

Spotlight (M), directed by Thomas McCarthy, distributed in Australia by Entertainment One. In cinemas from 28 January, 2016.