By now, it is more or less de rigueur to prefix comments on Benjamin Grosvenor's abilities at the keyboard by mentioning his age. Well, yes, it has to be said that, at twenty-three, there is more than a touch of the Wunderkind about what he does. But make no mistake: this is a serious, talented, imaginative, and committed musician who makes some of his more hyped competitors seem, by comparison, adolescent and lacking in both range and insight.

All other qualities aside, he is refreshingly devoid of mannerisms and flourishes in both his demeanour and approach to the music he plays. No extravagant head-tossing, no languid flourishes of hands or arms that might contribute to ... well, what? Certainly not the music. Clearly, for Grosvenor, the music is foremost. In some respects his interpretative approach might even be seen as a touch old-fashioned, if by that we mean responsive to the composer's instructions, clear about what he wants to do with a particular piece, and, above all, and always, putting the music first, along with the task of communicating its distinctive character to the audience.

Grosvenor clearly has respect for the text and knows that works have to sound like themselves rather than like some endless assembly line where Rachmaninov can sound like Liszt, Schumann like Scriabin, and vice versa. In a recital which ranged from Mendelssohn through Chopin, Ravel, and Liszt, and offered a beautifully shaped and wholly idiomatic encore of Percy Grainger's arrangement of George Gershwin's 'Love Walked In', Grosvenor's mastery of a singing line, sure sense of structure, and an astonishing technical fluency that never drew attention to itself, suggested that he is not just a star in the making but a pianist who is already there.

Moreover, in decades of recital-going, I have never heard a live performance of the four works with which he opened his program – the two Mendelssohn Preludes and Fugues from Op.35 (in this case, E and and F Minor). Both the works themselves and his reading of them were revelatory, while also indicating how Grosvenor is not shy of tossing in technically challenging works at the start of a programme. Not for him an easing in to the recital: the E Minor Prelude asks for the performer to throw himself into a deep end of cascading notes from the outset, a challenge which Grosvenor sailed through with ridiculous ease. 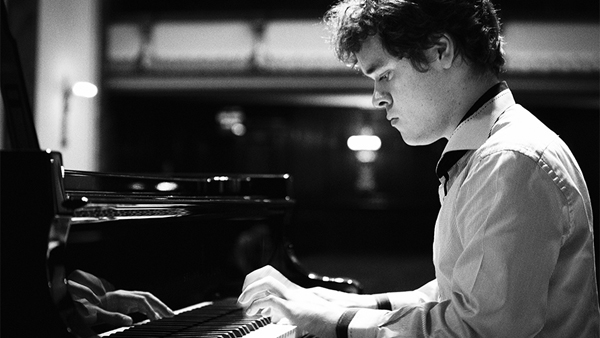 Even more impressive, however, was the musicianship he brought to the readings of all four works, which, while acknowledging their Bach connections, are also far more than academic, pallid tributes to the master. As Schumann pointed out at the time, in a somewhat florid, though heartfelt tribute to their composer, 'If Bach were to arise from the grave, he would be glad that composers like Mendelssohn are still growing flowers in the field where he had planted those oak forests with such gigantic branches.' But he also emphasised the distinctive qualities of the works – their cantilena (especially in the E Minor Fugue) and the fact that they avoid Bach-like affectations and introduce a really poetic element (along with seriously demanding passage work and staccato flourishes).

The Chopin that followed – the Barcarolle, two Mazurkas Op.63 No.2 and Op. 30 No.4, and the Andante Spianato and Grande Polonaise Brillante – showed that Grosvenor is also completely at home in the sound-world of the composer. While the opening sections of the Barcarolle sounded a little matter of fact, the piece soon settled, and the runs on the last page were a marvel of evenness, what the Germans call 'Fingerfertigkeit' (sort of translatable as 'digital dexterity'), and elegant shaping. And the Mazurkas, comparatively unfamiliar, were as idiomatic as one could wish, effortlessly combining the poetic with the dramatic. 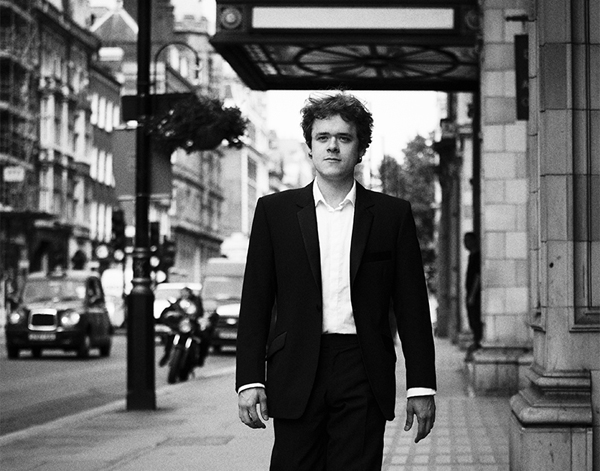 The same qualities were also to the fore in the two works that closed the first half; and the leap from these to Ravel's Le Tombeau de Couperin, which opened the second, seemed just a small, not especially difficult, step for Grosvenor. While the opening of the Prelude sounded a little rushed and blurred, the opening theme's return was far clearer and precise, and from then on the listener realised that the performer was as much at home in this neo-classical realm as in the works of the first half. The Fugue was crystal-clear and plangent, its final bars exquisitely shaped; the dotted figure of the Forlane poised and penetrating; the Rigaudon's emphatic dance elements exuberantly realised; and the Menuet and closing Toccata by turns elegant and scintillating.

And the Liszt Venezia e Napoli reinforced what had come before: beautiful evenness of tone right across the registers, astonishing accuracy of the repeated notes in the Tarantella, and a placing and voicing of the hanging chords in the final two lines of the Gondoliera which were simply spell-binding.