It has been intriguing to watch the culture war surrounding the James Bond franchise. Slowly mobilising for a while now, the lead-up to the latest instalment, Spectre, the twenty-fourth Bond film, and the second directed by Sam Mendes, has seen it kick up a notch. Is the character a misogynist? Is he too violent? Maybe the next Bond should be black – a debate fuelled by internet outrage over a comment by Anthony Horowitz, author of the latest Bond novel, that Idris Elba, star of the BBC series Luther and a possible future contender for the role, was 'a bit too rough, a bit too street' to play the spy.

Of course, Bond has always been appropriated and contested. The character was a product of the fiercely anti-communist, upper-class politics of English writer, Ian Fleming. President John F. Kennedy cited Fleming as his favourite author, and long-serving US intelligence director Allen Dulles encouraged Fleming to portray the Central Intelligence Agency in a favourable light. The Agency even attempted to copy some of Bond's more memorable gadgets. For their part, the Soviets banned the Bond books and films, branded 007 a sadist and a Nazi, and came up with their own fictional spies.

As is tradition, Spectre opens with a high-octane action scene. A terrific tracking shot places Bond (Daniel Craig) in Mexico City during the Day of the Dead celebration. He is hunting an associate of a shadowy criminal network, SPECTRE. Things quickly degenerate into a bloody and destructive chase that leaves a number of villains dead and a chunk of a city block in ruins.

Back in London, Bond's boss, M (Ralph Fiennes) is furious. Not only did he not sanction Bond's Mexico adventure, but the subsequent scandal has played into the hands of M's new superior, C (Andrew Scott), an officious bureaucrat who believes the 00 Section is a relic of the past. C wants to shut it down in favour of a project to link the intelligence and surveillance capabilities of the world's nine largest spy agencies into one super computer network. 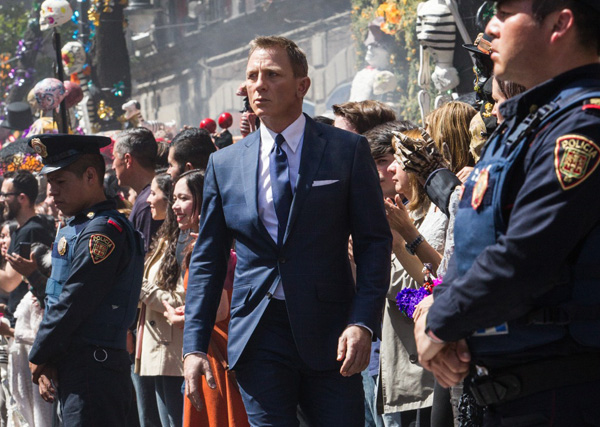 Unpersuaded by M's caution, Bond goes rogue. With unofficial help from M's secretary, Moneypenny (Naomie Harris), and the 00 Section's quartermaster, Q (Ben Whishaw), he embarks on a multi-national quest to find the man at the centre of SPECTRE, Oberhauser (Christoph Waltz). Bond suspects that Oberhauser not only poses a threat to global security, but that he is also responsible for many of the bad things that have befallen him since he got his licence to kill. SPECTRE was Bond's nemesis in his earlier film outings, where it stood for Special Executive for Counter-intelligence, Terrorism, Revenge, and Extortion. The organisation's return signifies the movie's preoccupation with Bond's past.

'Bond has always been appropriated and contested'

A fascinating aspect of the Bond franchise has always been its globetrotting nature. The early Bond films hark back to a time when international travel was a luxury and having a passport a rarity. Bond films still do global travel well. The plot of Spectre moves to Rome, where Bond has a quick, age-appropriate liaison with the widow (Monica Belluci) of the man he killed in Mexico, to Austria, where he hooks up with the daughter of a former assassin, Madeleine Swan (Léa Seydoux), onto Tangiers, before returning for the climax in rain swept London. 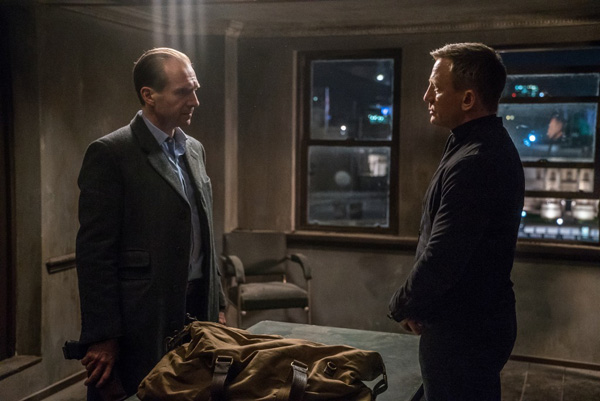 Spectre delivers its requisite share of thrills. Much of the plot is wildly implausible. At times it just feels silly. But all that said, it basically works and does what a Bond film needs to do. The film's main strength is Craig. Timothy Dalton, one of Craig's predecessors in the role, was a rather lacklustre Bond, and the Roger Moore films now seem like comedies. Craig's performance incorporates the stylish cold-bloodedness of Sean Connery's early incarnation of the spy, with a sense of moral uncertainty that feels apt today. He exhibits just enough existential ennui about the questionable nature of what he does to make things interesting and to give the viewer a sense that Bond is not just a killer with good taste in suits, without making it feel like a therapy session.

'Much of the plot is wildly implausible. At times it just feels silly'

The rest of the cast is also strong. Seydoux – familiar from recent outings in The Grand Budapest Hotel (2014) and Lobster (2015) – is a convincing, thoroughly 2015 Bond heroine, sultry, smart, and handy with a gun. Fiennes works as Bond's austere, Establishment boss, who is also not afraid to play dirty when things go bad. Waltz is a natural as the maniacal Oberhauser, a role he might have been auditioning for in his last few films. Harris is good as the competent (and black) Moneypenny, as is Whishaw as a metrosexual, hipster Q. Both characters complement Bond and update the franchise for modern sensibilities.

If you are a Bond fan, you will like Spectre. If not, it will merely confirm your views. If you are new to the franchise, this is as good as any film to start your viewing.

Spectre (M), directed by Sam Mendes, 148 mins. In cinemas in Australia from November 12.