Simone Young’s return to Melbourne saw her presenting a mostly Romantic program with soprano Emma Matthews and the Australian National Academy of Music (ANAM) Orchestra. The first half, heralded by Paul Stanhope’s Fantasia on a Theme of Vaughan Williams (2003), was devoted to Duparc songs and an orchestral nocturne. After interval, the slightly reduced orchestra performed Brahms’s Second Symphony.

The ANAM Orchestra is a professional training orchestra comprising élite musicians at ANAM, based in the South Melbourne Town Hall. Under the guidance of Paul Dean, ANAM prepares young musicians for the transition from the conservatorium to the concert hall and professional careers in music. This particular program allowed the players to test their musicianship in diverse styles of music and to take risks with these demanding and very different works. The ANAM Orchestra, truly symphonic in scale (eighty-five musicians were listed in the program), rose to the occasion.

The evening commenced with Stanhope’s exuberant and richly scored orchestral showpiece; the orchestra filled the entire extended MRC stage. It was followed by the profoundly different Romantic soundscapes of Duparc and Brahms. These composers demonstrate the extraordinary differences between the French and German musical traditions in the second half of the nineteenth century, and the strong influence of Wagner on Duparc and the French school.

The Stanhope Fantasia is a homage to Vaughan Williams’s Fantasia on a Theme by Thomas Tallis. Paul Stanhope, born in 1969, built his orchestral fantasy not on Tallis but on Williams’s own hymn Down Ampney, which Stanhope uses as the recurring theme. The Fantasia is clearly designed to give an orchestra a comprehensive work-out; there is virtuosic writing for all sections, notably percussion. (Nor did the percussionists just play on the night: after the Stanhope, Thea Rossen, representing her fellow students, spoke movingly about the plight of Syrian refugees and encouraged the audience to donate money.)

The Fantasia features contrasting passages of luscious tonal writing for full orchestra, complex rhythms (some jazz-like), and gentler reflective sections. The melodic theme with variations, as in late Beethoven, provided the structure for musical and sonic inventiveness. This splendid work should be heard more often in the concert hall. 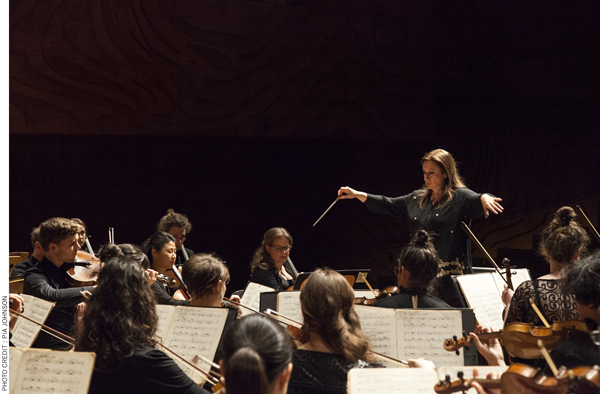 Henri Duparc (1848–1933) left a remarkably small oeuvre, mostly works for solo piano and a few songs (his most famous works). Duparc studied piano and composition with César Franck, befriended Vincent d’Indy, met Liszt and Wagner, and assisted at the Munich première of Die Walküre in 1870. Along with Fauré, Saint-Saëns and others, he founded the National Society of Music in Paris in 1871. His composing career was brief. Like Brahms he destroyed much of his work. He published his first works in the 1860s and composed little after 1885, due to mental illness.

The songs in this program were written to poems by Charles Baudelaire, Jean Lahor, and Robert de Bonnières, all contemporaries of the composer. Duparc scored his songs for voice and piano, but later orchestrated many of them. In this selection, we were treated to Paul Dean’s orchestral arrangement of Extase.

Emma Matthews, well known to Melbourne audiences because of her operatic roles (including a memorable Lulu with Simone Young in 2003), may not be the obvious choice for this repertoire. Matthews, secure in pitch and diction, was in beautiful voice, but in some of the songs this very clarity and precision felt at odds with the mysterious nature of the love-sick, voluptuous poetry and with Duparc’s sensous accompaniment. Chanson triste, a less ambiguous text, and Le manoir de Rosemonde, with its more declamatory and operatic style, were the highlights in this bracket and showed Matthews at her best. 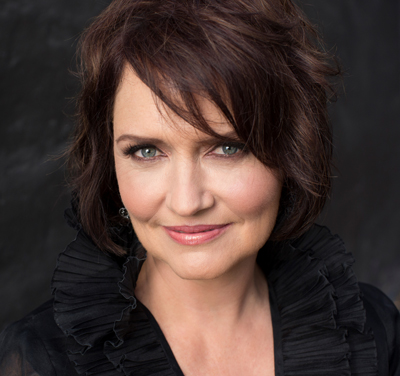 Brahms’s Second Symphony which premièred in Vienna in 1877, was written the previous summer at Pörtschach am Wörthersee, which may have inspired the pastoral nature of the first movement. Brahms (1833–97) loved the place and wrote to Clara Schumann: ‘The first day was so lovely that I wanted to remain throughout the second, the second so lovely, that I’m staying on for the time being!’ Brahms’s symphonies give ample exposure to conductor and musicians alike. The ANAM Orchestra was in splendid form, with much beautiful playing from the wind sections and strings. The odd glitch did not harm the overall effect. Young, always busy on the podium and exhibiting verve and total command, led the orchestra through alternating lyrical and pastoral modes, aching melancholy, and tempestuous drama. She shaped the work, giving meaning to its structure, and highlighted the manner in which Brahms develops and complicates his material from the initial simple musical themes.

Throughout this interesting concert, Simone Young demonstrated her affinity with disparate musical styles and her remarkable ability to enthuse musicians. The clear rapport between conductor, orchestra, and soloist made this a memorable evening.

If you missed the concert at the MRC, you can hear it on ABC FM, whose sound engineers are to be congratulated for minimising the disruptive coughing in the audience.