Hot on the heels from its two triumphant concerts at the Sydney Opera House Concert Hall, the Australian World Orchestra headed south for its Melbourne appearance. Alas – and no jokes about Melbourne weather, please; it’s still too sensitive a subject – somewhere betwixt Harbourside and Southbank, the dreaded lurgy struck conductor Simon Rattle and soloist, mezzo-soprano, Magdalena Kožená. For Rattle, the show went on. For Kožená, alas, it didn’t.

As to how you explain this to a capacity Saturday-night audience could have been left to the trembling offstage voice of an AWO factotum. Instead, at just after 8 pm, the house lights dimmed and out strode Simon Rattle, no less, to deliver the bad news. Imagine, for a moment, one of his predecessors at the Berlin Philharmonic doing such a thing: Herbert von Karajan apologising for Elisabeth Schwarzkopf’s laryngitis? But, then, Karajan and Schwarzkopf (a) were superhuman Teutons for whom sickness represented an admission of human failing, and (b) were not married to each other.

Rattle and Kožená are, indeed, a marital item, with three young children in tow – one of whom, I was reliably informed, was the source of the viral infection that cost Melbourne the chance to hear Kožená perform Debussy’s Ariettes oubliées (Forgotten Songs), orchestrated by the ingenious Brett Dean. This was, of course, a blow. Or, put more eloquently in Verlaine’s lines in the second song, ‘Il pleure sans raison / Dans ce coeur qui s’écoeure’ (‘Tears fall for no reason in this sickened heart’).

Rattle, though, alone on the stage, explained his wife’s predicament with such charm that one almost didn’t mind, even though we really did. Besides, there was something else of mild concern: the absence of orchestra. Maybe they had all contracted the Rattlebug. Would CDs be played instead?

No. The members of the Australian World Orchestra, waiting in the wings, received a tumultuous welcome as they filed on. Let it be said that the AWO, which comprises Australian classical musicians from around the globe, is an ensemble that essentially and thrillingly assembles every couple of years to play mostly for pleasure but also with a beauteous sound and natural sense of ensemble that would be the envy of many a permanent ensemble. The AWO, under the tenacious and enterprising artistic directorship of conductor Alexander Briger, is but four years old. As Briger writes in the program book, the orchestra is a sort of ‘Socceroos of Australian music’. In this case, though, the AWO scores every time.

The program, although shorn of the Debussy/Dean item, began with Debussy nevertheless – his Mallarmé-inspired setting of Prélude à L’Après-midi d’un faune (Prelude to The Afternoon of a Faun). It didn’t as much begin, as materialise: that famous solo flute breathing up out of the ether. This was indeed a translucent performance of purity and depth, and now the perfect starter for the weightier course to follow. 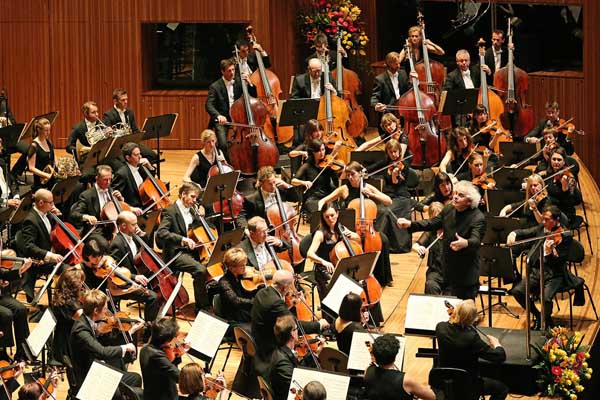 ‘The AWO, which comprises Australian classical musicians from around the globe, is an ensemble that essentially and thrillingly assembles every couple of years to play mostly for pleasure but also with a beauteous sound and natural sense of ensemble that would be the envy of many a permanent ensemble’

After ten minutes of melismatic beguilement and a fifteen-minute interval, it was time for Anton Bruckner’s monumental Symphony No.8 to take over the hall and occupy our lives for the next eighty-five minutes. Simon Rattle, conducting seated with a tumbler of water nearby, could have been forgiven had he showed signs of tentativeness. After all, attempting Bruckner with a high fever is a fairly mad-dogs-and-Englishmen thing to do.

Maybe this was the challenge. Bruckner or Bust! But from its tremolo opening, with its agitated chromatic theme, the vast work unfolded with majesty and splendour, but also with an underlying swiftness and clarity that ensured it never descended into the sort of murky soupiness that can affect some performances (as Rattle says, ‘I really have no time for what Germans call “Gummy-Bruckner”’). By now, in its third and final performance of the work, the AWO had its measure. Rattle’s immaculate maintaining of balance and line never flagged. Everything that should have been heard, was heard, down to the three harps so wonderfully deployed in the third movement.

As the musicologist Philip Barford writes in his short commentary on Bruckner’s symphonies, by the time the composer wrote his Eighth Symphony, he was fully aware of his insecurities but also of his abilities. In this work, Bruckner ‘struggles with and sublimated his unfulfilled longings, anxieties and fears and music which seems to bind all the strands of his life experience into a musical synthesis’. Indeed, Rattle consolidated the symphony’s often fragmented elements into a cohesive narrative, leading ultimately to what the conductor described in an interview as ‘a calm more elevated than you could ever have imagined’. 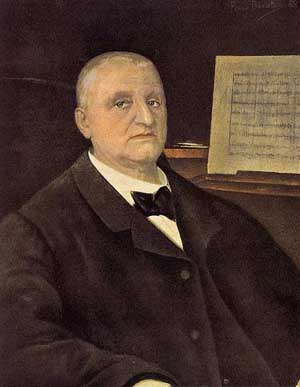 Key to the work is the lengthy adagio movement, with its arrhythmic start establishing the glorious measures to come, but also heralding the urgent staccato opening of the final movement. From here on in, as those various Brucknerian boulders (not strands, as far as I am concerned) fall into place and the clouds clear and the sun shines forth in a blaze of C major, the illumination should glow rather than be a blinding dazzle. Thus it proved. It was profoundly moving.

This was indeed a triumphant performance. But it resounds beyond just this particular night in one hall. Simon Rattle, I am told, says that he wants to come back to conduct the AWO. If he does so, please could he bring Kožená and the Debussy/Dean songs with him? Later this year, Zubin Mehta (who conducted the AWO in 2013) is taking the orchestra to India.

The spirit of triumph goes even further. Australia is always keen on voicing expressions of patriotism through cricket, Olympics, and, yes, the Socceroos. The word ‘hero’ is dispensed with abandon. But what better expression of nationalism is there than an all-Australian orchestra whose players are a global A-team of orchestral musicians? They deserve to be celebrated with equal pride and affection.

‘What better expression of nationalism is there than an all-Australian orchestra whose players are a global A-team of orchestral musicians?’

Bringing these players across national and international borders or even across town is a logistical challenge. But here they were. To secure the services of Simon Rattle has been another coup. That it all actually worked – and brilliantly and so memorably – was abundant proof of Alexander Briger’s vision that an orchestra of Australian musicians is not merely a display of nationalism. It also proves that music is itself universal. Like the AWO, it belongs to the world.