Texas-based songwriter Bill Callahan recorded for fifteen years under the name Smog but, since releasing his first album under his own name in 2007, he has gradually shed the murkier indie-rock connotations of Smog and broadened into an acclaimed bard of minimalist Americana. He sings of cattle, horses, birds and rivers in stoic vision quests favouring stark imagery and pastoral settings.

Over four albums post-Smog, Callahan has emerged as a more universal voice, albeit exploring the odder corners of the country and folk map. Yet he still carries a stiff inscrutability about him on stage. Pale pants and jacket matching his whitening hair, Callahan came to Hamer Hall to play for a fan-base that has steadily ballooned in size over the half-decade since his last visit to Australia.

Playing acoustic guitar and occasionally harmonica while backed by electric guitarist Matt Kinsey, bassist Jaime Zuverza and drummer Adam Jones, Callahan cast a languid spell for two-and-a-half hours, including an encore. The openness of his recordings – especially a vocal clarity that tucks his words directly into one’s thoughts – carried over into the hushed, cavernous venue, even when Kinsey reached for distorting pedal effects or commanding solos. It helped that Jones played such a pared-back kit, often drumming with his hands or brushes.

There was hardly a murmur from fans during each song; indeed, between his repeated mantras and the songs’ robust running times, Callahan’s performance very much quieted the audience. That said, the wit displayed in projected words and paintings from Thirroul-based artist Paul Ryan, who painted Callahan’s last two album covers, drew warm laughs at both the start and end of the night. (The parting message, ‘Get out,’ was particularly funny after such a generous set.) 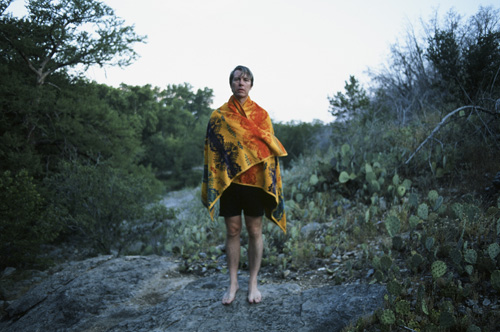 ‘Pale pants and jacket matching his whitening hair, Callahan came to Hamer Hall to play for a fan-base that has steadily ballooned in size over the half-decade since his last visit to Australia’

Callahan’s softening baritone remains the calm, comforting focus of his songs, even when he hits upon scattered burrs and jaunts. The quirks of his phrasing were especially rewarding live, whether he was replicating the sound of a flare gun on ‘Universal Applicant’ or getting exaggeratedly steamy on the word ‘make’ in the repeated line ‘All I want to do is make love to you’ during ‘Spring.’ He also embellished a few songs on the spot; after the line ‘You are so grand and golden’ on ‘America’, he indicated the audience and sang, ‘That’s you.’ Later, when closing the encore with ‘Winter Road’, he sang his goodbye and improvised lyrics in an extended tail for the song. He also changed some of the wording around the listing of various famous songwriters’ military ranks – from Sergeant Cash to Captain Kristofferson – in ‘America’, not long after drawing proud hoots from the crowd with the song’s evocation of ‘watching David Letterman in Australia’.

Callahan displayed more humour on stage than in his Smog days, making a joke about how if 90% of Australians live on the country’s coast, that same percentage must have made love on the beach at some point. (The other 10%, he said, would be the ones shaking his hand after the show.) Such humour shouldn’t be surprising, though; the inclusion of his 2000 song ‘Dress Sexy at My Funeral’ reminded us of the wit couched in his Smog-era recordings. Whether instructing his widow on just which sexual exploits to recount at his funeral in that song or envisioning a music icon’s toil on 1995’s ‘Prince Alone in the Studio’, Callahan has never played it as straight as his stone-faced demeanour might suggest. 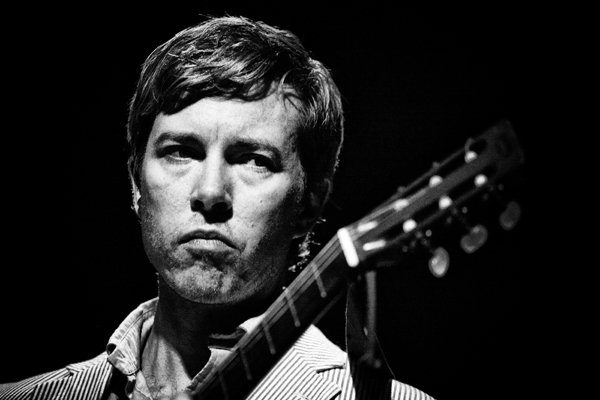 ‘the wit displayed in projected words and paintings from Thirroul-based artist Paul Ryan, who painted Callahan’s last two album covers, drew warm laughs at both the start and end of the night’

Such quirks linger in his work, and his 2014 album Dream River mentions both Marvin Gaye and Donald Sutherland in passing. On that album’s opening ‘The Sing’, which also opened the night’s performance, Callahan describes getting through an entire day only saying the words ‘beer’ and ‘thank you.’ And during the encore’s inclusion of a thinned but not diminished ‘Sycamore’ – a highlight of the night – Callahan imparted this wisdom: ‘Remember to love in the wild and fight in the gym.’ The songs necessarily eschewed the more orchestral embellishments of his albums, such as the prominent flute on the latest, but the leaner arrangements dazzled all the same. Callahan’s work favours a forward drive that befits his recurring equine theme, and on the Smog-era tune ‘Say Valley Maker’ he sang, ‘Oh I cantered out here, now I’m galloping back.’

Callahan has long since distanced himself from the lo-fi experiments of his earliest Smog output; as he sings on ‘America’, citing that country’s fabled potential for reinvention, ‘Everyone’s allowed a past they don’t care to mention.’ But while his newer material is more accessible, he’s still not quite like any other songwriter, and that uniqueness has translated into a heartening growth in popularity. Acknowledging the years since his last Australian tour, he said during the encore, ‘It’s been a long time. And we played for a long time. So we’re equal.’

Bill Callahan is playing select dates in Australia for Vivid LIVE. Performance attended 26 May at Hamer Hall in Melbourne.