Gregori stares at the camera, his eyes hard and sure as he watches five babies being wheeled through the corridors of a maternity ward, selects a mother with a split lip and no flowers, and charms her. When he strokes the face of her child, Alexander, his eyes are tender. The range between these expressions is the heart of Partisan.

Through an unmarked gate and a winding tunnel, some Soviet city or other gives way to a fragile asylum of wintry sunlight, encroaching vines and pleasant clutter. The world is absent. Here, there is only room for fundamentals: the drama of faith, and the architecture of trust.

This asylum is filled with the vulnerable women whom Gregori selects, such as Alexander’s mother, Susanna. They bathe in the sun, prepare meals, and defer to Gregori, like Mormons of the Eastern bloc. But they chose this: Susanna, in those first moments, weighed that wider world, which had left her with a bruised face, and chose a man who gave her a flower – or a share in him.

Gregori is a wonder, and this world of his is warm. Many of the film’s long takes linger on the intimacies of this distended family. They show casual kindness and real closeness – what would elsewhere present as love. Their traditions are quaint but powerful. A small television and disco light appear for a night; one of the children is honoured with a karaoke platform. (Is this the past, or the future?) The songs are Europop: vapid, like the stories with which Gregori weaves this world together. The camera slips through the attentive children to find the women laughing and chatting. Among them but apart, Gregori whispers the lyrics and his eyes fill with tears.

‘there is only room for fundamentals: the drama of faith, and the architecture of trust’

The film gracefully reveals itself. Gregori is teacher, and his lessons train the children to be assassins. Their targets are ordinary representatives of the world beyond. They are sufferers, like the mothers. A man, Uncle Charlie, brings bounties for successful hits and new target dossiers. The children are delighted to see him because some of the money devolves to them. Their eagerness for coin implicates them in these deaths almost more than the killing itself. 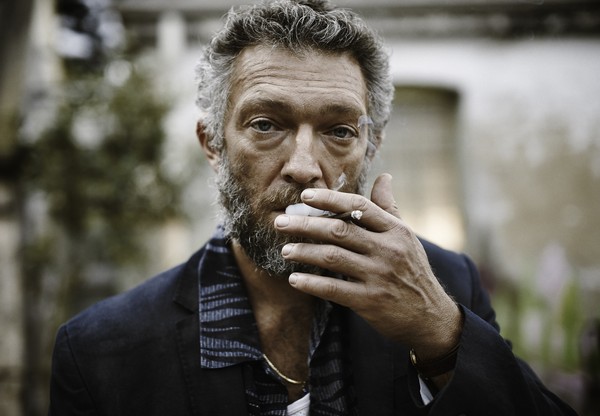 Vincent Cassell as Gregori in Partisan

This violence is at once the core of the film, and incidental to it. Because the education of the children is so thorough, the killing itself is almost non-violent. But the adults have deflected the violence of their past onto their children. The proceedings of their assassinations support the community. It is a strange conceit.

This is Australian director Ariel Kleiman’s feature début. Previously, he made short films; his latest, ‘Deeper Than Yesterday’(2010), was highly awarded. Partisan is a bold début. The idea for the film came from the figure of the child soldier, that most disturbing player in modern warfare. This is a meditation on the moral questions of childhood, and a parable of separatism. Kleiman co-wrote the script with his girlfriend, Sarah Cyngler, and the film shows the value of unified purpose. Kleiman’s direction is confident, but unobtrusive, allowing Vincent Cassell’s magnetism as Gregori to spark against the growing assertion of Jeremy Chabriel’s Alexander.

‘I survive,’ replies Uncle Charlie, when Gregori asks how he is. The wider world, bleak and wind-whipped, survives. But Gregori conjures an alternate world of stories and sunlight. There are painted faces, and stickers for good results, and there is tranquility. Violence is preached against. Could there be salvation by separation? The winter garden is raw and bare, Gregori intones, as the children gather around. The world may be remade. But holiness is fragile. Leo, a recent addition to the community, crouches at a distance and mutters that beets and peas can be harvested in winter. The world exists, even if it is bleak, and cannot be remade. Leo rejects Gregori’s stories, and the idyll breaks apart.

It becomes clear to Alexander, alone, that Gregori’s stories are false. His eyes fill with private tears, amid the community of believers, because this man, and all he has wrought, is nothing. These are the tears of retreat from an absolute world.

It is part of the elegance of the film, the things left unsaid and unseen, that this could be any community in retreat from any world. It is both as precise as a parable, and as universal. All adolescents beat this retreat from moral certainty.

The asylum with its vines, its warmth, its songs, is a false hope. Alexander stops to watch blood seep beneath the corpse of a man he has shot in the outer world. The messiah is a predator, working to keep the children separate from the world beyond (its trinkets, its commerce, its kindness) because they might see, must see, that it is the only one, and there can be no secession. This is a sadness because it is bleaker than the one they were told about, In this, Partisan denies the possibility of grace.

Partisan (CTC), directed by Ariel Kleiman, written by the latter and Sarah Cyngler. In cinemas 28 May 2015.