Tel Aviv and I go back a few decades. I lived there in the early 1980s, working as a journalist. I fell in love with it then and my romance with the city endures. It is not because it is beautiful or historic (it is barely 100 years old), though the area does have a timeless and much-recorded pre-history. Tel Aviv is badly planned, and many of the buildings are ramshackle and as tenuous as the shifting sands on which the city is built. It is famous for its Bauhaus-style buildings, but many of them are in desperate need of repair. In more recent times, the skyline has been dotted with modernist high-rise tenements and office buildings. They give the city a cold and anonymous edge.

Its special attraction (for me at least) is that it is the home of modern secular Jewish culture. This culture is largely practised in Hebrew, though English abounds. From the perspective of universal access, it is the home of one of the cultural treasures of modern Jewish life, the Israel Philharmonic, populated with some of the best orchestral musicians Russia has produced – Jews who left Russia in the 1980s and 1990s and made their home in Israel, transforming Israeli music.

While secular Jewish life steadily declines intellectually and culturally in the diaspora, it thrives in Tel Aviv. As well as the orchestra, the city hosts the national theatre companies Habima and the Cameri, the internationally celebrated Batsheva and Bat-Dor dance companies, and Israel’s main art gallery. It is the home of the modern Hebrew language, Hebrew publishing, and contemporary literary culture of the likes of Etgar Keret, as well as the film and multi-media industries. And it is the centre of gay culture in Israel (including gays from Islamic backgrounds). 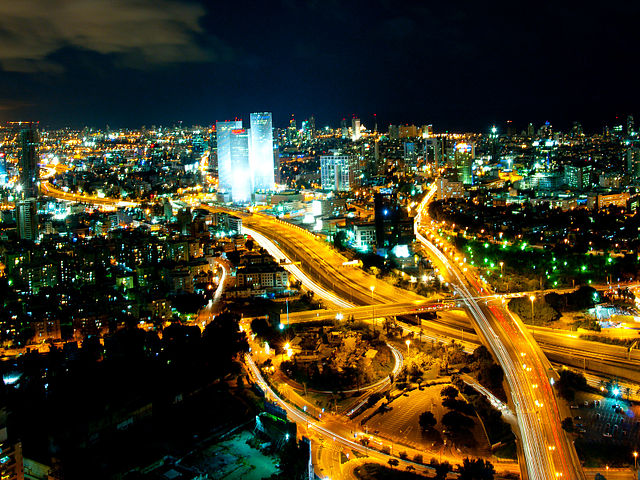 It is a tough city, full of noise and opinions. Making an ordinary living is a challenge. Just ask the taxi drivers who are as sour and aggressive as they come. ‘Where are you going?’ my taxi driver asked gruffly. ‘To the Israel Philharmonic,’ I replied. When the driver sneered I asked him what was so funny. He thought I was a complete idiot wasting my time and money going to see some stupid orchestra. He then proceeded to explain that Prime Minister Bibi Netanyahu was the saviour of the Jewish people and that he would crush his opponents in the elections called for March 2015.

At the risk of generalising, taxi drivers in Tel Aviv have had enough of the Palestinians and the idea of two states. After the Gaza campaign (and all the campaigns that preceded it), many ordinary Israelis want nothing more to do with what is loosely called the peace process; they see it as an illusion. This unfortunate view is not in fact shared by people I know in the city, who regard peace as attainable but constantly frustrated by attitudes, in particular the view that Arabs and Jews are forever destined to be mortal enemies. It is one of the great tragedies of the Middle East that Jews and Muslims, who lived together for centuries, as in Spain during the celebrated ‘golden age’ which ended in 1492, and throughout the Arab world, have for the past eighty years been hell-bent on wiping each other out. People on both sides seem more inclined than ever to resort to racially stereotyping ‘the enemy’, making impressions of ‘the other’ all the more frightening.

It is not well understood that there is an Arab part of Tel Aviv – in Jaffa, by the sea. As one walks along the beach toward Jaffa and the south side of the city, there are prosperous-looking Israeli Arabs doing the very same thing. Harmony abounds.

Tel Aviv has known periods of great danger and violence, such as when missiles were flying from Gaza and Iraq or when buses were being blown up by suicide bombers, but at present the streets seem perfectly safe. There are a lot of young soldiers carrying weapons, but I have never heard of anyone being held up at gunpoint. Guns, it is true, are everywhere. When we went to the Philharmonic, the security guard at the entrance asked me if I had a weapon – not a question usually asked at the entrance of Hamer Hall. Fortunately, I have never been in Tel Aviv when it has been under attack. The city I know is peaceful and goes about its business with energy and good, if sardonic, humour.

‘As one walks along the beach toward Jaffa and the south side of the city, there are prosperous-looking Israeli Arabs doing the very same thing. Harmony abounds.’

It is ironic, despite the terrible ordeals that have befallen Jews in Europe, that the particular charm of Tel Aviv lies in its almost obsessive emulation of the best of Europe, as exemplified by its fashionable restaurants, café scene, boutiques, and galleries (reminiscent of Melbourne or Sydney), as well as its wonderful music and orchestra.

Our trip in the taxi took us to a performance of Shostakovich’s Tenth symphony (conducted by Vasily Petrenko). It is a very special piece written by Shostakovich shortly after the death of Stalin, and looking forward to a post-Stalin future, one without persecution and suffering (both public and private). This is mother’s milk for Russian performers and the Israel Philharmonic. Others interpret the Tenth: they play it with such fluency, precision, and nuance that it is hard to imagine the composer intended anything different. 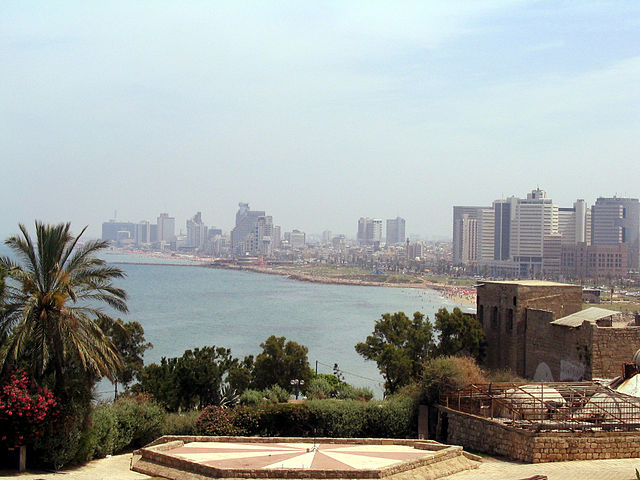 One has to admire the determination and confidence reflected by the ever-growing skyline of Tel Aviv, yet some people with whom I spoke seriously wondered about its future and that of Israel, with its enemies becoming more militarised and equipped with weaponry of frightening power. The city is a missile away from disaster. There must be a solution out there somewhere.

I thought I might have caught a fleeting glimpse of hope on the board walk as I passed Israeli Arabs doing just what I was doing, no less and no more – enjoying a morning walk at the biblical location where a thankless whale disgorged the unappetising Jonah; a worthy tale of human folly and redemption.