The huge Town Hall crowd who surged to their feet to applaud – and go on applauding – the Royal Melbourne Philharmonic’s twilight performance of Messiah did not do so ‘like sheep’, nor like a last-night-at-the-Proms booster crowd. Their gesture had more in common with King George II’s reputed rising in glad awe for the Hallelujah Chorus during the London première of Messiah in 1743.

Whether George II was in fact present (the legend is disputed) to inaugurate an upstanding tradition at the Covent Garden performance hardly matters now. The Melbourne audience’s response (273 years after Messiah was composed), was spontaneous, joyful, and deserved – testimony to a fine performance from the RMP (currently drawing sympathy and public support after losing its City of Melbourne funding), but perhaps even more a reflection on the enduring power of Handel’s astounding composition. Age cannot wither nor custom stale? Handel wrote Messiah at prodigious speed (twenty-four days start to finish), but virtuosic dispatch doesn’t account for the work’s continued grip on our spirits. Perhaps we simply need it.

There was an air of grateful privilege about being there, at the end of a perfect Melbourne Sunday, witness to a live performance of music that encompasses the range and depth of human experience. Charles Jennens’s daring libretto, juxtaposing as it does Old and New Testament texts, transcends specific religious traditions and systems of belief. Listening to mezzo Deborah Humble’s searing rendering of ‘He was despised and rejected of men’, I was reminded again that the text here is not Christian, but ancient and prophetic (from Isaiah), and resonant of what we know too well of our own world – ‘acquainted with grief’. It might have been enough to hear Humble’s magnificent voice, but there was something irreplaceable about being able to see the words embodied in Humble’s anguished poise, and to join the audience’s sharp intake of breath as she sang of the smiters, and of shame and spitting. We know, even if at a distance, about such things.

And much as one cherishes the various perfections, or even eccentric imperfections, of one’s favourite recordings (I swing between the consummate English restraint of John Eliot Gardiner’s 1982 version and Solti’s lavish 1984 account, with Kiri Te Kanawa in sublime soprano solo), there is nothing quite like being present and able to rejoice with the tenor in the chorus whose face is an exultant wreath even as he navigates the fugues, and the soprano who, with her fellows, beams as she nails the fluttering notes of ‘And he shall purify’. 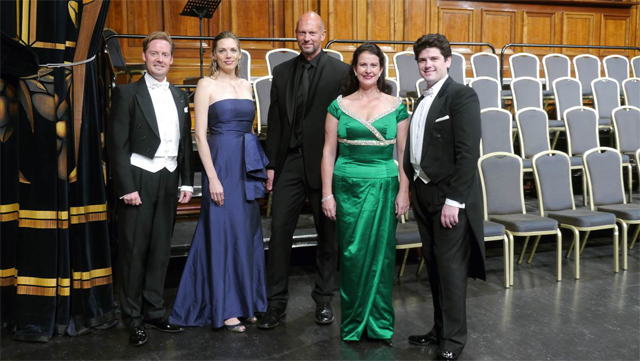 Conductor Andrew Wailes used English musicologist and harpsichordist Clifford Bartlett’s 1998 performing edition of Messiah for this deftly coordinated performance, marshalling his thirty-five players (including harpsichordist and organist), one hundred choristers, and four soloists with precision and passion. If I heard a few slitherings and shrillness in the early soprano choral passages, a degree of looseness in the strings, and the occasional fissure between orchestra and chorus, the moments passed quickly, and ensemble was reasserted.

Wailes balanced his resources well. His choir was large (though nothing like the choral Zeppelins of the nineteenth-century) and mostly deft. The tenors could have been stronger (how often does one hear this?), but the choruses were generally pleasing, and often exhilarating. The choir’s articulation was pristine, and served to underscore Handel’s dramatic facility and uncanny feel for the emotional weight and texture of English words. Again, Jennens’s libretto is a gift – ­to composer, singers, and audience. How rare it is to hear sung words that have the poetic heft and edge of Shakespearean tragedy. And then add Handel’s genius for contrast and transition: not even a fifteen-minute interval could diminish the shock of his shift from the allegro lilt of ‘His yoke is easy’ at the end of Part One to the plangent largo descents of ‘Behold the Lamb of God’. Unforgettable.

Wailes’s tempi were brisk and attuned to Handel’s dramatic conception, so the music moved decisively under his baton – no longueurs, rather a constant crackle of expectation. For a work so familiar, that is a considerable achievement. (I do not, like some, say too familiar. Can one become too familiar with a Rembrandt self-portrait?) There was a freshness and excitement about the whole performance, some of it perhaps attributable to the dynamics of live performance. Singers and orchestra offered: the audience responded, almost palpably.

The four soloists were experienced, accomplished and well chosen for box-office appeal, with reputations earned on Australian and international opera circuits – a good commercial strategy, and one can understand why the RMP would adopt it. But oratorio has unique demands. And with Messiah, Handel made the music, with all its variety, nuance, and emphasis, even more the conduit of his dramatic narrative than he had before. Ideally, Messiah soloists, by a sleight of technique, allow the music do the work for them. Mezzo Deborah Humble possesses the skill, unornamented flair, and vocal presence to simply stand and deliver (and yes, I realise there was nothing simple about her exemplary performance). Humble’s singing makes you forget where you are. Her three companion soloists were severally impressive, but not always as seamless or serene. Tenor John Longmuir warmed into the vocal leaps of ‘Every valley shall be exalted’, but showed some strain in the culminating passages. He was more comfortable and enjoyable in the oratorio’s Second and Third Parts. Teddy Tahu Rhodes was a formidable presence, with his triangulated stance and jaw stretched like the great Orcus Mouth in the Italian Gardens of Bomarzo. His bass notes were thunderous and wonderful to hear, whether in insinuating piano or roaring forte. His final note in ‘The trumpet shall sound’ made one believe that indeed we shall all be changed. His upper register at times seemed held back, as though he were not fully and uninhibitedly given to his role. I hope to hear him again in a few years’ time, perhaps by then with a more Robeson-like fluidity and freedom. There was one charming bonus of seeing Rhodes live: by the encore of the Hallelujah Chorus he was singing along, and visibly so, even though his back was to the audience by mandated custom. He smiled a little self-consciously as he sang, and his mask of tragedy turned engagingly mortal. 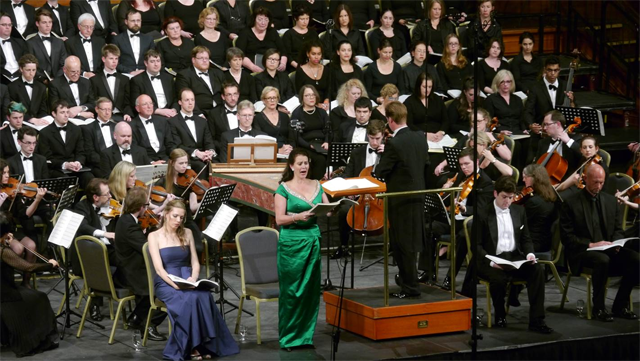 One couldn’t fault the commitment of soprano Rachelle Durkin. Her ‘I know that my Redeemer liveth’ was poignant and controlled, and if she does not yet have the gravitas that Job’s text demands, the Air’s shift into Corinthians (‘And now is Christ risen from the dead, the first fruits of them that sleep’) put her on more sympathetic ground. Her ‘Rejoice greatly, O daughter of Zion’, however, made me think more about the vocal rigours of those stamina-testing passages than ecstatic celebration of the coming of the King. Back to Te Kanawa and her legato mellifluousness.

Messiah’s Airs, Recitatives, and Choruses are demanding. And his audiences can be inflexible in their loyalties and preference for this or that Messiah setting, this or that conductor or selection of voices (alto or counter tenor, boy sopranos or women’s chorus, etc.). But there is no one authentic or original version of Messiah and no definitive setting. Handel himself, ever pragmatic (though prone to weep, it is said, when he heard the notes in his head), frequently included or omitted sections, and transposed, split or rearranged parts to suit the voices and orchestral resources available to him. Andrew Wailes’s 2014 RMP Messiah was a disciplined and informed instance of an evolving tradition, and a fit tribute to the richness, universal relevance, and glory – what better word? – of Handel’s masterpiece.