Melbourne’s Lyric Opera, the smallest of its four opera companies, continues to offer interesting repertoire of a kind we would otherwise be unlikely to see. May 2 brought the opening performance of Aaron Copland’s opera The Tender Land. After the shall we say broad humour of Simon Phillips’s production of Rossini’s 1814 opera buffa Il Turco in Italia the previous night (Opera Australia at the State Theatre, until 13 May), it was particularly welcome – pure water after one too many Aperols.

Copland’s opera, with its quirky history, is rarely heard. Copland, inspired by the Depression photographs of Walker Evans, composed it for television; his partner, Erik Johns (pseudonym Horace Everett), provided the libretto. Ultimately the NBC rejected it, and it was not until 1954 that Thomas Schippers conducted the first production at the New York City Opera, with Jerome Robbins directing. Copland later adapted the two-act score for a smaller orchestra, and it is this lucid reduction that makes performances of this kind possible. (Copland himself would go on to conduct a concert version in 1965.)

The opera is set in the Midwest in the 1930s. Laurie Moss’s family prepares for her high-school graduation. Then comes sinister news of two strangers who have frightened a neighbour’s daughter. This coincides with the arrival of our itinerants, Martin (Henry Choo) and Tom (Raphael Wong), hungry and looking for work. Despite Ma Moss’s reservations, Grandpa Moss (Tiriki Onus) takes them in. The attraction between Martin and Laurie is modest but immediate, and leads to an Act Two love duet that was beautifully performed on opening night. 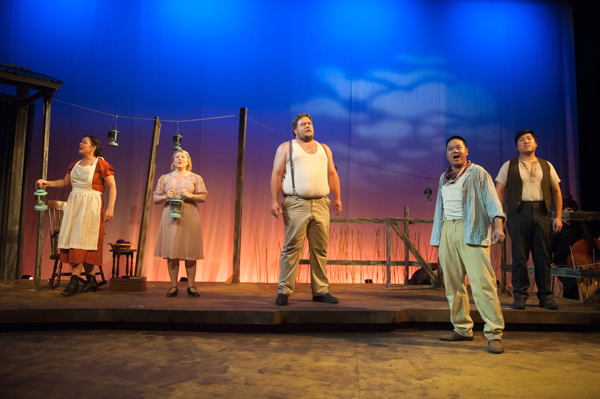 Things go wrong at the graduation party, and Grandpa Moss orders Martin and Tom to leave. Analogies could be drawn with present-day communities fearful of invasion, wary of the unknown. Director John Kachoyan notes in the program: ‘We live in a country that can feel increasingly small, afraid of new comers and desperate to preserve a way of life (real or imagined) that seems to be slipping away.’

Reflexively, Ma Moss (Caroline Vercoe, in a cautious performance) suspects the two pair of itinerants. Notwithstanding tidings from the sheriff that exonerate Martin and Tom, their position is untenable. Ruefully, Martin agrees with Tom that they must decamp. Jilted, Laurie faces a life of containment and fractious relations with her family. Unusually, she opts for uncertainty and ‘the promise of living’. Hers is one of the lonelier and more intelligent exits for an operatic heroine, and for once it does not lead to a pyre or a death plunge in the wings.

Conductor Pat Miller drew nuanced playing from his thirteen-piece orchestra. By the end, Aaron Copland’s uncompromising opera was utterly engaging. The two principals were superb. One imagines the other individual performances will deepen over the course of this week. 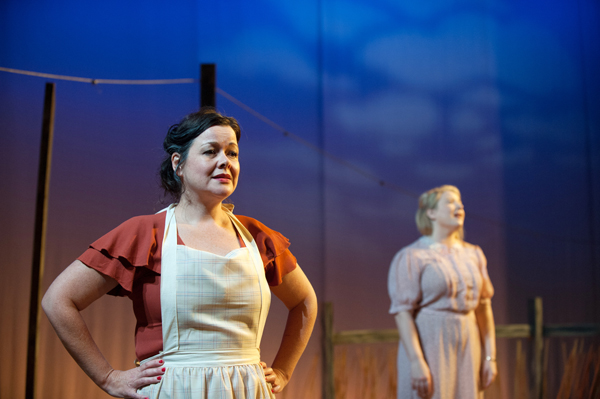 Next in its sixth season, Lyric Opera will present Massenet’s Werther, recently seen in an HD production from the Met, with Sophie Koch and Jonas Kaufmann on magnificent form as Goethe’s fated, philosophical lovers. It’s an impressively ambitious choice for a tiny company.

The Tender Land, directed by John Kachoyan and presented by Lyric Opera. Showing at Chapel Off Chapel (Prahran) until 10 May.