For many Australians, the Sydney suburb of Redfern is synonymous with the race riots that occurred there in 2004. Footage of Indigenous youths in combat with police near the Block (an enclave of homes owned by the Aboriginal Housing Company) filled the nightly news. Sparked by the death of Indigenous teenager Thomas Hickey in a police chase, the riot escalated tensions that had long been simmering. Now the infamous suburb is hitting Australian screens again in the six-part drama series Redfern Now, which premièred on ABC1 in November, showing day-to-day life beyond the media reports.

Much like the slow road to political reconciliation, we have had to wait too long for Indigenous stories to enter the realm of Australian film and television – let alone ones produced by Indigenous people. It was not until the 1990s that the first Aboriginal directors, including Tracey Moffatt (Night Cries, beDevil) and Rachel Perkins (Radiance, One Night the Moon), emerged; they paved the way for artists like Ivan Sen (Beneath Clouds, Toomelah) and Warwick Thornton (Samson & Delilah) in the 2000s. Moreover, Indigenous cinema has only recently penetrated mainstream consciousness, with Wayne Blair’s The Sapphires set to become the highest-grossing Australian film this year.

Momentously, Redfern Now is the first Indigenous drama series on Australian television. Produced by Blackfella Films, who also made Eddie Mabo biopic Mabo earlier this year, the project was green-lighted by the ABC’s Indigenous unit in a concerted effort to bring Indigenous productions out of the fringe. A call was made for stories from Indigenous writers, which prioritised the idea over the strength of the script. Writers then worked with UK screenwriter Jimmy McGovern (The Street, Cracker, The Lakes), who mentored them individually over several months. The result is a drama that is widely accessible yet taut and compelling. 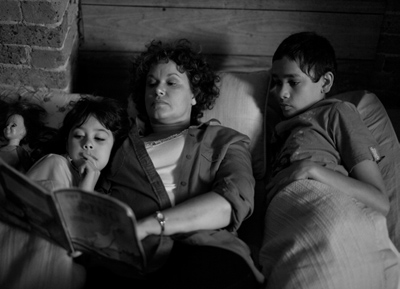 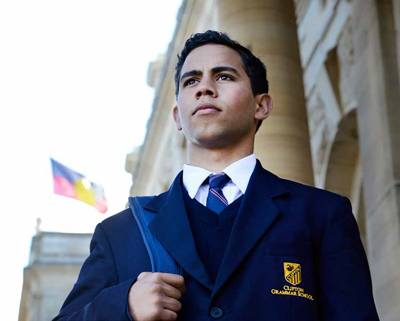 Redfern Now, in structural terms, is reminiscent of the 2011 series The Slap. Each episode is discrete, the only recurring character being the policeman Aaron Davis (played by Sapphires director Wayne Blair), who is called upon in several episodes. Directors include Blair himself and Rachel Perkins; the cast includes some of the biggest actors in Indigenous Australia: Leah Purcell, Deborah Mailman, and her Sapphires co-stars Shari Sebbens and Miranda Tapsell. Despite diverse creative input, a coherent aesthetic pervades the series, which combines urban realism with cinematographic flourishes like slow motion and time-lapse to stylish effect.

At the end of the credit sequence, the camera pans down from a distant view of Sydney’s CBD to the iconic Indigenous-flag painting on a brick wall in Redfern’s Everleigh Street. This literal division between Redfern and the wider city hints at a more symbolic separation between the two locales. A taxi driver in ‘Joyride’, the second episode, reveals the racism inherent in stigmas attached to the suburb: ‘Your grandmother is brave living in Redfern, all those Aboriginals,’ he says to visitor Julie (Shari Sebbens), not realising that she is Indigenous herself. He then refuses to drive into the Block, in line with company policy. ‘Too dangerous’, he mutters.

Major social and political issues are explored here: Indigenous men struggling to stay out of jail (‘Joyride’, ‘Sweet Spot’), mental illness (‘Family’), the welfare system (‘Raymond’), deaths in custody (‘Pretty Boy Blue’), and a younger generation struggling to retain its cultural identity (‘Stand Up’). Peripheral to the show’s central domestic dramas, the focus is on stories of love, family, and community. While the series does not avoid addressing the harsh inequities in Indigenous Australia, these are for the most part character studies about everyday lives. 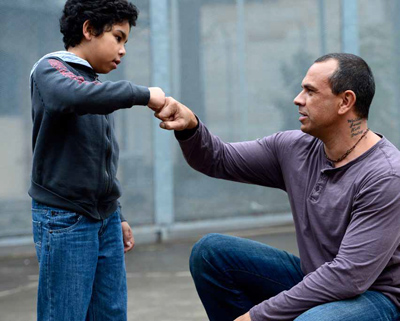 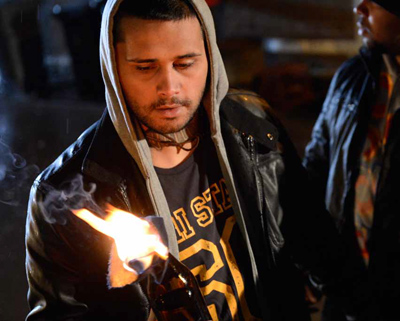 Thomas Hickey’s death is clearly the inspiration for the final episode ‘Pretty Boy Blue’. When troublemaker Lenny (Luke Carroll) dies in custody, a crowd of mourners at his mother’s house turns violent. Sergeant Davis, like many characters in the series, finds himself conflicted between black and white worlds. Despite Davis’s guilt over his inaction, his community role eventually outweighs his official one when he goes to pay penance to Lenny’s grieving mother, Mona (Patricia Morton-Thomas). Through her tears she yells at Davis, ‘Our mob needs you.’

By concluding Redfern Now on this note, the creators gesture toward the power of locally produced drama to address issues beyond the frame. Being the first production of its kind places many burdens on the series, principally the futile expectation that it should somehow speak for all Indigenous Australians. For the most part, such responsibilities are borne with sagacity and empathy. Redfern Now strikes a laudable balance between the personal and political, presenting an urban Indigenous experience that we have seen too rarely on our television screens.

Rebecca Harkins-Cross is the film editor for the Big Issue and theatre critic for The Age. In 2011 she won the Ivan Hutchinson Award for Writing on Australian Film from the Australian Film Critics Association, and she writes a bi-monthly column on Australian cinema for the Lifted Brow. Her work has also appeared in Meanjin, Crikey, Kill Your Darlings, and Senses of Cinema, among other publications.

Rebecca Harkins-Cross is the film editor for the Big Issue and theatre critic for The Age. In 2011 she won the Ivan Hutchinson Award for Writing on Australian Film from the Australian Film Critics Association, and she writes a bi-monthly column on Australian cinema for the Lifted Brow. Her work has also appeared in Meanjin, Crikey, Kill Your Darlings, and Senses of Cinema, among other publications.