Like the Booker-winning Shuggie Bain (2020), Douglas Stuart’s second novel is set in the post-Thatcher, post-industrial, working-class Glasgow housing schemes dominated by unemployment and dysfunctional families. Both novels are populated with alcoholic mothers and violent or absent fathers whose neglected children are forever vulnerable to abuse and hardship. Their titular protagonists must fit into their environment if they want to survive, but neither possesses that talent.

Shuggie detests the untidiness of other boys and their passion for sport, their assertive physicality, and Mungo exhibits a similar wariness. Shuggie dances compulsively; Mungo has a facial tic. They both walk with feminine flourishes that can’t be modified. Other boys conceal their fears and yearnings, but theirs rise to the surface. One character observes of Mungo: ‘It’s like your face has a mind of its own. It’s showing what you feel on the inside without ye even asking it.’

The social worlds and domestic lives represented in Stuart’s novels threaten to produce caricatures instead of rounded figures. These are extreme settings with outsized personalities that are formed (or malformed) by intense experiences. There is little room for subtlety. In Shuggie Bain, if a boy is violent or abusive, a violent and abusive father is quickly introduced to explain the boy’s behaviour. The same patterns apply in Young Mungo. Mungo’s older brother, Hamish, is a brutal and domineering gang leader, much like his dead father. We learn that he was viciously strapped by his mother as punishment for misbehaviour as a child and that he had to repress any desire for nurture and safety. Hamish despises softness because he has been deprived of it, just as he despises the middle-class Glaswegians who ‘draped the city about themselves like a trendy jacket, but they knew none of its chill, none of its need’.

Mungo struggles to read people effectively, to ‘see the difference between what someone said and what they truly meant’. This deficit leaves him continually susceptible to manipulation and peril. The reader is always worried for him. Mungo is named after a saint and, like Shuggie before him, is saintly in his predispositions. Perhaps this is a product of youthfulness: Saint Mungo becomes Young Mungo, who is so vulnerable, neglected, and brutalised that he can only be an exemplar of virtue. While his siblings respond to their childhood deprivations by acquiring a thick skin or embracing a cynical world view, Mungo retains a need to trust and love people who are inclined to exploit his need.

Mungo’s love is only truly reciprocated by two people. One is his older, intelligent, industrious sister, Jodie, who does the bulk of the parenting in their household. Jodie cannot wholly fill the void left by their dead father and largely absent and self-absorbed mother. Nor does she want to. Instead, she wants Mungo to develop a capacity to survive without being mothered, as she has. If he can achieve this, Jodie will be liberated from the self-sacrifice required to care for him and freed to cultivate her own talents. But Mungo is a resolutely childlike fifteen-year-old. Only extreme events will jolt him out of his dependence.

Hamish exhibits a more troubling interest in Mungo. He expects his brother to grow into a version of their father, to fight Catholics, exude toughness, and embrace tribal hatred and domination – to be the hunter instead of the hunted in a social environment that punishes perceived weakness. It is the kind of man the soft-hearted Mungo can never be.

Gentleness carries class and gender connotations in this milieu. It is a quality, or collection of habits, that commonly develops in the safe cocoon of unbroken families headed by fathers with soft hands. To be gentle and naïve instead of hard and cynical is to exhibit attributes of the enemy. A member of Hamish’s gang is called a ‘poofter’ because he occasionally slips into ‘the Queen’s English’ and has ‘a proud mother and a working father who still lived at home’. A stable family and sound education are forms of treacherous otherness. It’s even worse to be gay. In the context of Hamish’s gang, and the macho ethos of the Glasgow schemes, ‘There was nothing more shameful than being a poofter; powerless, soft as a woman.’

One of the more sympathetic men in the novel lives outside of Glasgow. He describes his own possibly gay (or perhaps just feminine or odd) son as ‘artistic’, and guesses that Mungo is artistic too. Gently he suggests to Mungo that he will need to ‘go off in search of people that like the same things as him’. For Mungo, the man’s soft hands ‘spoke of days sat reading books in the sun’. The habit of tender concern belongs to other social worlds, or to those who don’t fit in.

Mungo’s innate and expressive vulnerability finds its match in James, a Catholic boy who is still grieving the loss of his mother. The two boys are desperate for maternal comfort and support, which they can never have. They fall in love and into dangerous conflict with Hamish and the prevailing social prejudices. Half of the narrative of Young Mungo is infused with strains of Romeo and Juliet or West Side Story. Most of its ingredients promise tragedy. The other half is more like a horror story. When Mungo’s mother sends him off to learn how to ‘be a man’ with two sketchy strangers, we expect the worst.

The young protagonists of Stuart’s novels are subjected to hardship but don’t inflict it. They are on the side of loving innocence and avoid conflict when they can. The redeeming strength of Shuggie Bain is its focus on a mother who cannot escape addiction and despair. She is a destructive presence in her children’s lives, but she is not a bad person. The harmful or malignant characters in Young Mungo are simpler kinds of sinners, and Mungo exhibits no humanising flaws. He is a saint who endures great trials and demands our sympathy. This makes for a narrative that is full of eloquent feeling but thin on complexity and novelty. 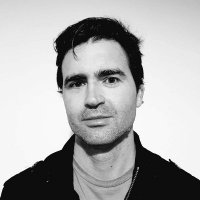 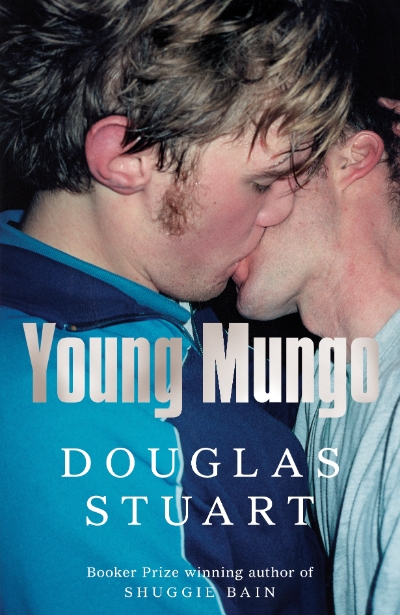