In her 1976 essay ‘The Space Crone’, Ursula K. Le Guin imagines the highly advanced aliens of Altair landing on Earth. Politely, they seek a human being to accompany them on their long journey home so that they may ‘learn from an exemplary person the nature of the race’. As a palliative care doctor, I often ponder what constitutes an exemplary life, so my choice of Space Crone may not be a conventional one.

Space was Le Guin’s place of business and pleasure. An acclaimed fiction writer, essayist and critic, and housewife with three children, she transformed the science fiction and fantasy genres. Her stories traversed gender, anthropology, and morality as well as space. I am sure she would have had edifying things to say about the recent phallic probings by the plutocrats.

Le Guin excelled in scientific speculation and intellectual experiment, but she never countenanced their separation from creaturely love, pain, or fear. Her choice of earthly paragon was based on an intimacy with adaptation, for ‘only a person who has experienced, accepted and acted the entire human condition – the essential quality of which is Change – can fairly represent humanity’.

So whom does she suggest we send on the spaceship? Not a ‘fine, bright, brave young man, highly educated and in peak physical condition’. Not even a young woman who may volunteer ‘out of a profound conviction that Altair couldn’t possibly be any worse for a woman than Earth is’. She flirts with the idea of a Russian cosmonaut, since American astronauts are generally too old. But that’s still not quite right.

In the end, what she wants is a working-class grandmother from behind the ‘costume jewelry counter or betel-nut booth’, someone who has worked at tasks like cooking, cleaning, raising children. ‘She was a virgin once … then a sexually potent fertile female, and then went through menopause. She has given birth several times and faced death several times – the same times.’

Change has been forced on the Crone throughout life by both biology and society. She changed once from virgin to mature woman, or perhaps wife, or whore; then again at menopause into a state of uncertain fiscal or reproductive value. Le Guin describes menopause as a practice run at death, both menopause and death being the experience of uncontrollable Change.

Le Guin felt that those who had lived in daily contact with the human condition were most qualified to describe it. She compared Virginia Woolf, a woman who participated in an intellectually, politically, and sexually active society, with the cloistered James Joyce, who ‘took responsibility for nothing but his own writing and career’. She deplored Joseph Conrad’s demand to be fed, bathed, and sequestered while he ‘wrestled with the Lord for my creation’, contrasting him with Harriet Beecher Stowe, who wrote Uncle Tom’s Cabin at the kitchen table. She reproduces with palpable disdain Conrad’s description of his creativity as ‘a lonely struggle in great isolation from the world’. Most of the literary canon has come to us from these insulated rooms, with female labour tending a sterile environment in which powerful men speak to each other from an ever-diminishing experience of life.

The aliens don’t need our scientific or technical wisdom, for theirs is demonstrably superior to ours. They want to understand the human experience, which is one of Change and Death. I am biased – obstetricians may prefer a midwife – but I will nominate the post-menopausal hospice nurse as our representative of the human condition. These Grand Mothers have been both witness and subject to Change, and therefore embody the nature of our race. Jeanette Winterson observed recently that ‘the male push is to actually just discard the planet: all the boys are going off into space. But … love is also about cleaning up your mess, staying where you are, working through the issues.’ The pioneer dream of a Mars colony is mostly a craving to find a new way and new place where one has the power to stay the same.

To care for the dying is to be invited daily into outer space. Dying is the hardest voyage and death the last frontier; to be in its presence is to be up against the bone of human life. Not ‘up against’ to conquer or crush, but rather ‘be adjacent to’, as you lie with your back against your lover’s and feel their long warmth down the length of your body. In dying the ego is unmade, what you knew is proved false. The landscape is truly foreign, littered with your own failing bodily functions, uncontrolled saliva and stomas, the secretions of dissolving lungs. The journey is marked by visions and charged words and above all, inexorable Change. In hospice, this carnage of the body is loved, cleaned, respected, and witnessed. The nurses do not fight the dying process: they share it. They assist the traveller to wake up for the family and to sleep when the terror or exhaustion overwhelms them. They smooth the agitation of the dying brain.

A young woman in the hospice entered her last hours. In what we call a state of ‘terminal agitation’, she fought to sit up. Nurse Dipti lifted the limp, sighing body against her shoulder, and they sat together in the dark, waiting for her annihilation. ‘She needed to put her feet on the floor,’ said Dipti later, as she prepared for the funeral directors. ‘She knew she was disappearing, she needed to feel the ground.’

As I leave for the long night during which Dipti will bear witness to two more collapsing empires, I consider the Altaireans’ arrival and mentally slip her name into the ballot. She is the exemplary person to represent Earth in Space, for she has actually lived on Earth and has already been to Space. 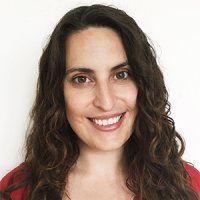 Elizabeth Oliver is a doctor specialising in palliative medicine and general practice. Her essay ‘All These Little Deaths’ was shortlisted for the 2020 Calibre Essay Prize. She has written for ABC Religion and Ethics, Womankind, and The Medical Republic. Her article ‘What I Do for $37.05’ in the Sydney Morning Herald triggered a national debate on the defunding of health care in Australia. Her essential subject is the experience of the human body explored through disease, gender, and pilgrimage. She is currently working on an essay series on the nine catalysing events that bring us into contact with the health care system.