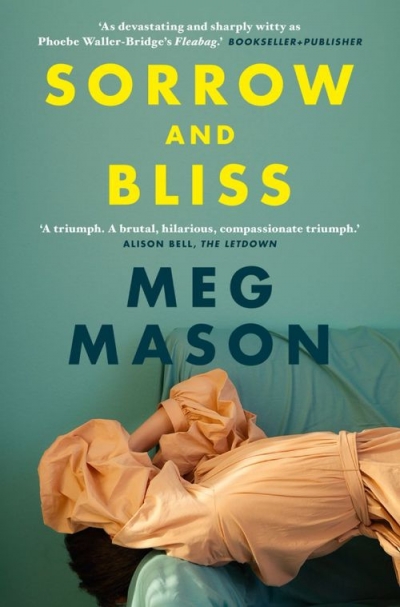 For a protagonist that is self-professedly unlikeable, Martha commands attention – and is likeable. In Meg Mason’s tragicomedy Sorrow and Bliss, Martha navigates living with an undiagnosed mental illness. The novel solidifies Mason’s thematic preoccupations by revisiting those of her previous works: as in her memoir Say It Again in a Nice Voice (2012) and her first novel, You Be Mother (2017), the power of female relationships, loneliness, and the bleak humour of motherhood are apparent.

At seventeen, ‘a little bomb went off’ in Martha’s brain, and for two decades no one has been quite being able to tell her what is wrong. Moving between London and Oxford, Martha – in first-person and with genuine hilarity – narrates a combination of well-paced scenes and vignettes that have led to the present events in her early forties. At the centre of this bricolage is a difficult relationship with her ‘minorly important’ sculptor mother, Celia, a fierce closeness with her sister, Ingrid, and a tested bond with her husband, Patrick.

Martha’s voice is direct, intimate. Her intelligence is vividly rendered in her observations. Mason is at her sharpest when the writing hesitates between confessional sentimentality and deadpan humour. The tone reflects Martha’s interiority and is foreshadowed in the title. In this novel, sorrow and bliss, both present in the sublime moments of connection within a family, are what make a life. Martha’s reflections on these episodes are among the novel’s joys.

Granted, some ponderings feel engineered and forced: when discussing whether it is sadder if a newspaper specifies that a woman killed by a car is a mother, Ingrid, speaking of her own husband, says: ‘But apparently I just exist in terms of my relationship to other people now and Hamish still gets to be a person. Thanks. Amazing.’

The choice to leave Martha’s mental illness unnamed is intriguing. Though it might read as if amplifying the ‘unspeakableness’ of mental illness, the novel’s engagement with discourse surrounding mental health stigma enables the choice to be read as reflecting, even critiquing, the history of women’s health being misdiagnosed or dismissed.

Hope is the marrow of Sorrow and Bliss. In this way, Mason’s latest novel is a genuine artistic continuation from her memoir. 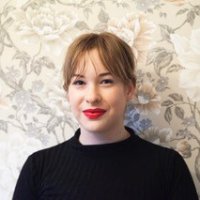 Alexandra Philp writes short stories. Her fiction has appeared in Overland, the Review of Australian Fiction, Westerly, Voiceworks and on the Meanjin blog. In 2017, she won the Rachel Funari Prize for Fiction.

Alexandra Philp writes short stories. Her fiction has appeared in Overland, the Review of Australian Fiction, Westerly, Voiceworks and on the Meanjin blog. In 2017, she won the Rachel Funari Prize for Fiction.