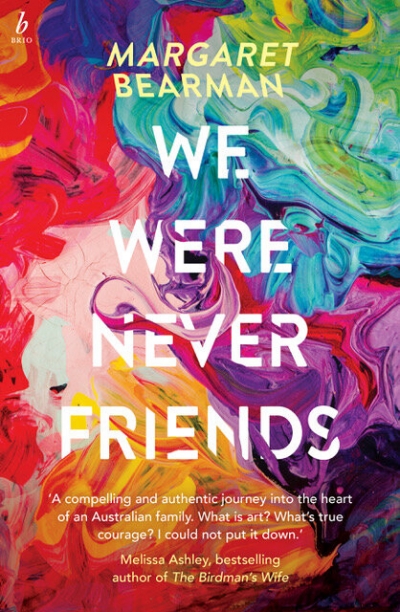 We Were Never Friends

Margaret Bearman’s We Were Never Friends is a novel that places the myth of the artistic male genius against the critical eye of history. Lotti, the eldest daughter of renowned Australian painter George Coates, narrates from two perspectives: her younger, twelve-year-old self and her present-day one, a trainee surgeon.

In 1999 the Coates family abandons Sydney, assured that ‘Canberra would be different’. There, Lotti meets an inscrutable waif, Kyla, widely considered a liar. Kyla comes to embody the novel’s undercurrents of violence, pretence, and deceit. Although Bearman began writing this book long before the #MeToo era, its ethical concerns about whose voices are believed, and whether – as Lotti’s mother wonders, ‘you can profit from something without it being wrong’ – are as germane today as ever.

Lotti is oppressed by family life, by the ‘acolytes, friends and strangers’ who appear most evenings in their home, and the concessions her otherwise fiercely resolute mother makes because of her father’s talent. His seminal work, a portrait of his wife as a Madonna, is Lotti’s first source of ambivalence. To Lotti, it represents how he thinks about her, ‘a saintly but flawed icon of a woman’. She notes how father views others as potential subjects only made real – valuable – in his representations of them, not least when Kyla becomes an unshakeable presence in her home life. Kyla’s vulnerability positions her as a mythic, muse-like figure through which Bearman examines, without didacticism, why the genius artist is so often separated from ethical duty. She also questions the responsibility of audiences who believe great art, by nature, cannot be exploitative.

Bearman leans heavily on the language of adolescent melodrama, invoking the vicious, fickle nature of pre-teen female friendships. While Lotti desires popularity at any cost, she recognises the gulf between her inner values and outward actions. Like most characters in this novel, she lacks the courage to resolve her two selves. In many ways, this work is about courage, why it is difficult to be morally brave, especially when much is at stake. Margaret Bearman interrogates how history contextualises life and art but refrains from moralising. We Were Never Friends is a work of ambiguity and nuance. 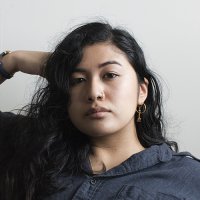 Mindy Gill is an award-winning poet and editor. She is the recipient of the Queensland Premier’s Young Writers and Publishers Award, and has received fellowships from the Wheeler Centre Hot Desk Fellowship and the Australian Poetry/NAHR Eco-Poetry Fellowship in the Val Taleggio, amongst others. She lives in Brisbane, where she is Peril Magazine’s Editor-in-Chief.

We Were Never Friends

Mindy Gill is an award-winning poet and editor. She is the recipient of the Queensland Premier’s Young Writers and Publishers Award, and has received fellowships from the Wheeler Centre Hot Desk Fellowship and the Australian Poetry/NAHR Eco-Poetry Fellowship in the Val Taleggio, amongst others. She lives in Brisbane, where she is Peril Magazine’s Editor-in-Chief.