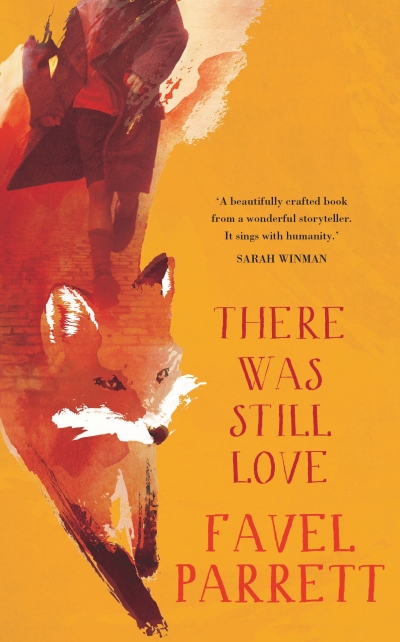 Readers of Parrett’s first two novels, Past the Shallows (2011) and When the Night Comes (2014), will be familiar with certain aspects of this new book: the child’s-eye view of an abstruse and often dangerous world; the sumptuous rendering of place, including the narrow, lived space of a family home. There Was Still Love extends the territory of these earlier books. The family history it narrates is principally imagined through the grandchildren of Máňa and Eva, twin sisters who were cruelly separated by forces beyond their control. The novel alternates between the parallel perspectives of Malá Liška or Little Fox, the granddaughter of Máňa and her husband, Bill, who emigrated from Czechoslovakia to Melbourne; and Luděk, the grandson of Eva, who remained in Prague. It explores the still-unfolding effects on one family of the German occupation of Czechoslovakia, the violent suppression of the Prague Spring, and ‘The Curtain’, which, as Eva describes it, will, after 1968, ‘become solid, made of steel and concrete, and it will not bend, it will not open. They were all stuck inside – forgotten.’

There are many references to the forgotten and the invisible throughout this novel, allusions to people and places made ghostly by historical events. In Prague in 1938, Máňa feels that ‘[t]he world has let us down, thrown us away’. In 1980, when she and Bill visit Eva, they attend the Spartakiáda, an immense gymnastic display that Czechs are told will be broadcast across the globe. Ludék asks: ‘Is the world really watching?’ Bill responds: ‘If Poland and Hungary and Russia are the world, then yes.’ And, more obliquely: ‘We are invisible.’ Over the whole narrative, there is a sense that the world has turned its back on Czechoslovakia: from the Munich Agreement of 1938, which permitted the German annexation of Sudetenland and opened the way to further occupation – ‘People wonder how Hitler took my country without one shot being fired,’ Bill tells Malá. ‘Well – it was handed to him on a silver plate!’ – to the Soviet tanks that, in 1968, ‘roll on and on in a thick rumbling line, cracking the old streets’, rendering Eva’s city unsafe, more so because she knows that ‘[n]o one is coming. Just like before. No one is coming to save them.’