Maybe on my jetty as the sun sets over the river and the only company are pelicans and cormorants. Otherwise, in ten feet of water looking at a crayfish and thinking of recipes.

An office where employees are trying to make the meeting last to knock-off time. 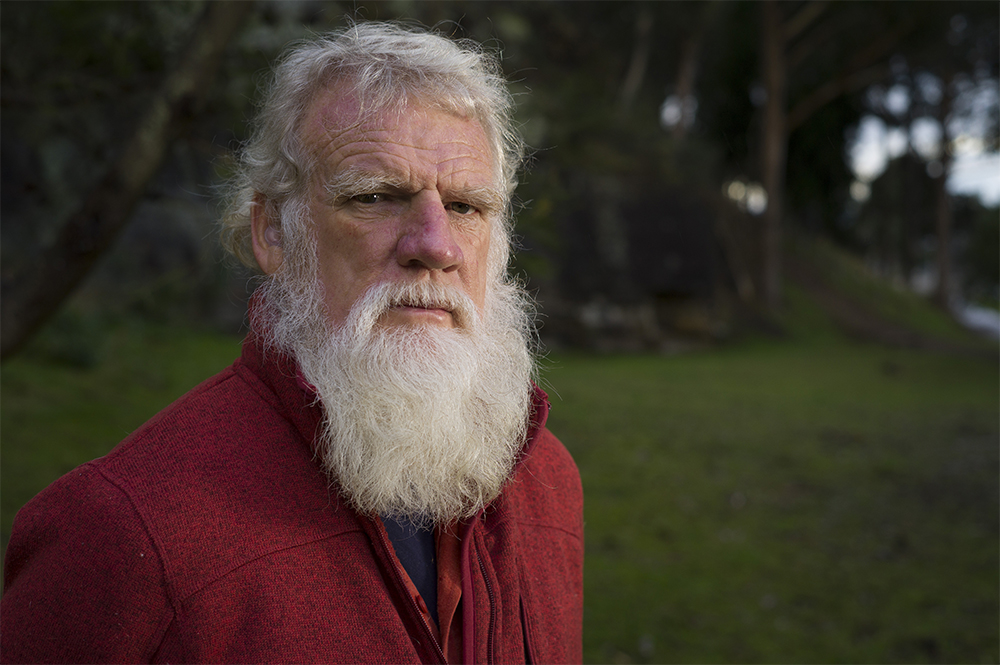 1900 or Vengo, though One Night the Moon always looms large.

The Snopes series of novels by William Faulkner.

Mum and dad. I still need to talk to them. My kids, Marnie and Jack. Best meal was scallops and a few beers with my son at Huonville on a pontoon in the river.

‘Gotten’. It’s a horrible word. I thought Australians would have had too much pride than to ape bad American English. The Age and ABC are current offenders.

Faulkner, Carson McCullers, or Cormac McCarthy. See what I mean about American English?

Lenny in Of Mice and Men.

Jet: Sled dog of the north. I was paralysed by concentration when I read James Fenimore Cooper’s Pathfinder, but reading it again recently I shrank away from the latent racism.

Name an early literary idol or influence whom you no longer admire.

Nothing. If you can write in the cacophony of Sydney airport and look up to find three hours have passed (Rex Airlines delays are common), you can write anywhere.

As always, there are some pompous fools ascending to positions of influence to betray the thoughtful critique of more modest and caring men and women.

I find them tiring but stimulating. I love black writers’ festivals or where there are half a dozen of us. It’s like family.

Yes, of course – it’s hard not to. But that is not my audience. The stray and thoughtful letter of a reader is what I most love receiving.

I used to think Australia was so uncaring about its writers. In Italy you are called Professore; in Scotland you are introduced to their leading politicians: in Australia you are asked to spell your name. I used to think it was terrible, but now I think it is about right. We should celebrate the story, not the writer. A writer without humility is as worthwhile as a game-show host.

Two novels, a book of poetry, two histories, a book of stories (Salt), three film scripts, and two plays. Trying to run a farm to produce perennial Aboriginal foods … and to play cricket.

Bruce Pascoe is an award-winning writer and a Bunurong man. His books include Dark Emu, Book of the Year at the 2016 NSW Premier’s Literary Awards. He works to preserve the Wathaurong language through the Wathaurong Aboriginal Co-operative and was 2018 Dreamtime Person of the Year.