The Promise by Damon Galgut

Rachel Swart is in the final decline of a terminal cancer when she extracts a promise from her husband, Manie: he agrees to give their maid Salome the deed to the Lombard Place, a small house on the family’s farm. It is an act of recognition. Salome has cared for her, has mopped up ‘blood and shit and pus and piss’, doing the jobs Rachel’s family found ‘too dirty or too intimate’. It is 1986 in South Africa, and already the idea of giving Salome the land on which she lives can’t help but invoke the paranoid spectre of widescale repatriation.

Like Maria in Damon Galgut’s The Good Doctor (2003), the name Salome is burdened by the misplaced weight of Western culture. For hers is not a demand for upheaval – John the Baptist’s head – but a disquieting pull towards the promise of her own place; a promise that is cast aside at every opportunity by Manie and two of his children. The only one committed to upholding Rachel’s wish is her youngest daughter, Amor, who witnessed the deathbed bequest unnoticed: ‘They didn’t see me, I was like a black woman to them.’

Amor’s disempowerment, like Salome’s, allows her behind closed doors, but never comfortably. Her family is unnerved by her strangeness. As a child, she was struck by lightning while out on a koppie, an outcrop on the flat dry veld. It scorched her feet and felled a toe, an absence that ties her to the farm by cosmic joke. The farm itself is a bit of a joke too: ‘one horse and a few cows’. Yet it remains at the centre of The Promise, with Galgut offering this place of diminishing worth as a sardonic addendum to the tradition of the farm novel, so long a staple of white South African literature.

The tradition encompasses the idealised plaasroman of Afrikaans alongside antipastoral novels like Olive Schreiner’s The Story of an African Farm (1883). Here on this solitary koppie, as an early review of Schreiner noted, ‘there come up for solution one after another the simple questions of human nature and human action’. In the first decades after the end of apartheid, the farm novel underwent perhaps its greatest upheaval as J.M Coetzee’s Disgrace (1999) and Marlene van Niekerk’s Agaat (2004) fundamentally unsettled the genre’s governing motif of domestication, challenging in the process the idea that human nature and action could be contained by the pastoral mode. And yet, in these two novels, the farm still acts as a site of generative connection between people broken by South Africa.

The Promise arrives at a time when the farm novel, having moved from pastoral epic to family tragedy, teeters on the brink of farce. But like the geological layers of the land itself, Galgut’s novel evidences in some vestigial form what has come before. If the farm in Schreiner’s novel was a ‘microcosm of colonial South Africa’, as Coetzee has labelled it, so is the Swart farm. It too represents a close-minded society that ‘drives out those of its number who seek the great white bird Truth’. The difference is that, with the progress of history, the isolated farm is no longer a world unto itself, no longer the model for the society around it.

As in Disgrace and Agaat, the Swart family’s delusions of self-sufficiency are pierced by illness and crime. Those pushed from the farm (Amor and, to a lesser extent, her siblings) are drawn back to bury their dead. Spaced at roughly ten-year intervals, a set of funerals provides both a neat structure for the book and a rough gauge with which to measure the promise of the New South Africa. Behind the burials, the country’s history sweeps from the 1986 state of emergency to Thabo Mbeki’s inauguration, drawing into view the AIDS crisis, the World Cup, rolling power cuts, and Jacob Zuma’s resignation in 2018.

This desire to contain everything is the source of the book’s wit. The typical farm novel’s symbolic reach allows much to be left unsaid. Not so with Galgut’s narrator, who fills the silences, shifting promiscuously in and out of the consciousnesses of the family and a host of ancillary characters with high modernist brio (often in the same sentence). He argues with them, teases them, watches them bathe and shit. He tells us what they think, even apologising when he ‘slips’ and refers to Salome’s house, ‘beg your pardon, the Lombard place’. Taking stock of the farmhouse during Rachel’s funeral, his omniscience rises to heights of glorious bathos:

The telephone has rung eighteen times, the doorbell twice … Twenty-two cups of tea, six mugs of coffee, three glasses of cool drink and six brandy-and-Cokes have been consumed. The three toilets downstairs, unused to such traffic, have between them flushed twenty-seven times, carrying away nine point eight litres of urine, five point two litres of shit, one stomachful of regurgitated food and five millilitres of sperm.

Amassing the facts of experience can’t really tell a life. Galgut knows this; the sum of the list signals that there are things that escape the novel’s comprehension.

Comprehension has two interlinked meanings in The Promise: understanding and inclusion. Both falter when it comes to Salome and her son Lukas. Galgut’s attempts to enter their thoughts are tentative, subjunctive. We finally arrive at a silence. In this self-satirising and disturbingly beautiful novel, we see why farms are peripheral in the work of Zakes Mda and not central to the politics of land as they are across the continent in the novels of Chinua Achebe and Ngũgĩ wa Thiong’o.

The tragedy of Galgut’s novel is that not everyone can fit in – not when the only way to keep promises is to build new layers on the state, the land and its literature without digging for new foundations. 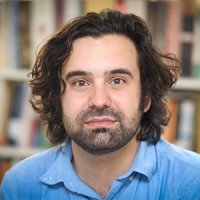 Marc Mierowsky is a McKenzie Postdoctoral Fellow in English and Theatre Studies at the University of Melbourne. His first book, on Daniel Defoe and the campaign to end Scottish independence, is forthcoming with Yale University Press. 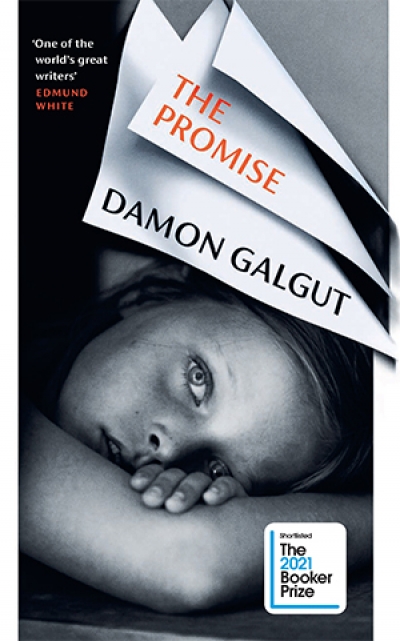