The Magician by Colm Tóibín

Colm Tóibín’s eleventh novel, The Magician, is a dramatisation of the life of Thomas Mann. It begins in 1891 with the death of Mann’s father, a successful businessman from the north German city of Lübeck, whose last agonised words to his fifteen-year-old son are, ‘You know nothing.’ It ends in 1950, five years before Mann’s death at the age of eighty, when he returns to Europe after a long period of exile in the United States, by which time he is one of the century’s greatest novelists and a respected public intellectual. Cop that, dad.

In between, Tóibín gives us an unvarnished and more or less comprehensive portrait of his subject as a man and writer. Much of his interest in Mann springs from a natural curiosity about the inner life and creative processes of a major artist. The Magician explores these themes with great subtlety, depicting Mann as a quietly observant, self-scrutinising, uncertain, and instinctively cautious character. As with Tóibín’s fictionalised portrayal of Henry James in The Master (2004), Mann’s closeted homosexuality provides the novel with its psychological undercurrent. Many complexities of his personality are traced to the exquisite tension between his private desires and his outward existence as an eminently respectable bourgeois father of six.

Tóibín is no less interested in Mann as an influential historical figure. Like every other European who lived through the first half of the twentieth century, Mann was caught up in catastrophic events, yet he is an intriguing case study, Tóibín recognises, because he lived a privileged life that insulated him from the worst ravages of his era. The family’s fortunes declined for a time following the death of Mann’s father, but Thomas was not destined to be poor. His literary career was an immediate and spectacular success. His first novel, Buddenbrooks, published when he was twenty-six, was hailed as a masterpiece and became a runaway bestseller. A few years later, he married Katia Pringsheim, the youngest daughter of a wealthy industrialist family. He never had to worry about money.

As The Magician unfolds, it gradually becomes a reflection on the ambiguous position and ethical responsibilities of the artist in times of great ideological conflict and social upheaval. One of the key transformations in the novel is Mann’s belated political awakening as Germany succumbs to the tyranny of Nazism. As an eminent public figure, he is torn between feeling obligated to comment on current events and reluctance to taint his idealistic conception of the artist as someone who stands apart from the messy compromises of politics in the service of a higher truth. The underlying irony is that his personal reticence, patrician insularity, and lack of political acumen combine to make his instincts unreliable. He is swept up in the nationalistic sentiments inspired by World War I, adopting a reactionary stance that dismays his older brother and literary rival Heinrich, who sees the dark side of such fervency with greater clarity. Thomas subsequently realises his mistake and moderates his views, but still underestimates the rising threat of National Socialism. ‘He had misunderstood Germany,’ he reflects as he flees with his family in 1934, ‘the very place that was meant to be inscribed on his soul.’

The second half of The Magician is set in the United States, where Mann saw out the war in a state of ‘material comfort and spiritual unease’, as Tóibín wrote some years ago in a review of Evelyn Juers’s House of Exile (2008), one of many sources for the novel. It becomes a kind of structural irony that the clarifying condition of exile finally allows the ‘nonpolitical’ Mann to reconcile himself to his role as a public figure and accept that, under the circumstances, ‘his task was to spread a higher kind of propaganda’. Towards the end of The Magician, Mann is dining with the Roosevelts and his name is being mentioned as a potential head of state for postwar Germany.

Mann’s four most famous books – Buddenbrooks, Death in Venice, The Magic Mountain, and Doctor Faustus – address (broadly speaking) the themes of the social, the psychological, the philosophical, and the artistic. Tóibín’s considerable achievement in The Magician is to represent these themes as facets of Mann’s character. The novel is at once an ersatz biography and a creative response to Mann’s work, in which the fictionalised author can at times resemble Gustav von Aschenbach and, at other times, Hans Castorp.

It is also a richly populated book. Mann is orbited by a host of sharply drawn characters who serve as his intellectual foils and act as counterweights to his rather staid presence. The novel’s dynamic is established in the interaction between his reserved nature and various family members, most of whom are more forthcoming, charismatic, passionate, and troubled than him: the smart, practical, and understanding Katia; his brother Heinrich, the committed leftist; his two eldest children, Erika and Klaus, who embrace the bohemianism and sexual openness of Weimar Germany; and, memorably, his son-in-law W.H. Auden, who marries Erika to assist her escape from the Nazis, and who makes a droll cameo appearance in which he unsettles Mann with his ironic demeanour and ability to deliver a flawless off-the-cuff parody of Virginia Woolf’s prose.

Towards the end of The Magician, Tóibín has Mann grumble that ‘it is a grubby business writing novels. Composers can think about God and the ineffable. We have to imagine the buttons on a coat.’ The trick, as Tóibín well knows, is to show how such mundane things coexist with the most important questions of life, art, and politics. On that score, The Magician acquits itself very well. 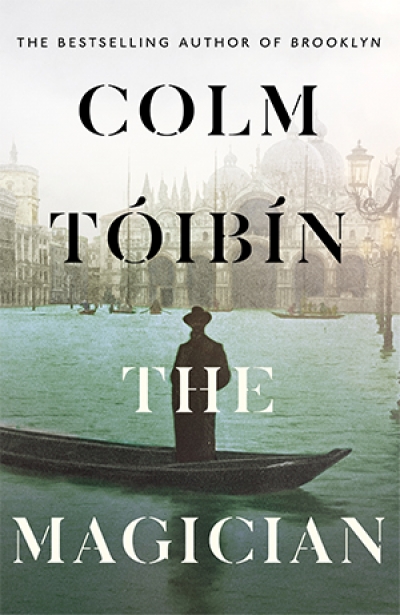