One Hundred Days by Alice Pung

It’s difficult to describe what it’s like to be raised in a Chinese family, especially when you are surrounded by markers of Western society. There is no such thing as talking back to your parents or refusing to do what they say. As a child, I never went to sleepovers. During my teenage and young adult years, I felt increasingly trapped in my own home. Everything I did was scrutinised; my parents never seemed to take into account my wants or needs. I found myself grasping for any scrap of independence, usually through lying or stealing or a combination of the two. As children, we are continually told that adults do things to protect us, especially when they are things we don’t particularly like. But when does protection morph into something uglier? When does it smother us, as if our agency has been stripped from us?

One Hundred Days, Alice Pung’s first adult novel, explores these ideas through the eyes of a sixteen-year-old girl, Karuna, who is narrating her story to her daughter. Karuna is caught between two seemingly irreconcilable worlds, ones that are pushed further apart when her parents separate, and again when Karuna discovers that she is pregnant. Her mother, only referred to as ‘your Grand Mar’, is a claustrophobic force in her life. Her constant lecturing and berating of Karuna feel like forms of psychological control, a dominance that becomes more sinister when she starts locking Karuna into the one-bedroom apartment they share.

Throughout the novel, Pung channels the voice of a teenager who is both naïve and full of the maturity one needs when being constantly infantilised by the adults in her life. Pung explores the paradoxical nature of being a teenager, someone who is still legally a child but who is also capable of bearing a child; someone who desperately wants to be independent, but who also believes that Dettol will prevent her from getting pregnant after sex. It is a fraught time for both teenager and parent, regardless of class and cultural background, and Pung melds these facets into a nuanced examination of a mother–daughter relationship in contemporary Australia.

There are many similarities between Karuna’s mother and my own. When she tells Karuna, ‘it’s the way we do things’ as a way of ending a request or a conversation, I feel a pang of recognition. Karuna’s mother expects Karuna to follow her every instruction without question, takes and withholds money from her, tells her ‘you have no idea how lucky you are’. In this way, it is easy to paint Karuna’s mother as the villain of this story. She is forceful, uses guilt trips to their fullest potential, and has all the characteristics of a typical ‘tiger mother’. If I had read this when I was Karuna’s age, I would have been far less empathetic towards Karuna’s mother; but now, in my mid-twenties and with the benefit of hindsight, I feel conflicted. The sixteen-year-old in me wants to be furious and full of indignation; I have known the same powerlessness, the same yearning for the ostensible freedom afforded to my peers, but I have also grown to understand my mother’s actions, even if I don’t agree with them. There is no manual for parenting, much less one for parents who raise children in a culture and society so different from their own. Karuna’s mother has her own secrets too, secrets arising from her broken relationship with her own mother, a nod to the way in which parental influence have impacts on generations down the line.

Given my experiences, it is a relief to see aspects of these filial relations treated with such depth, care, and cultural consideration. ‘It is never a problem that your Grand Mar doesn’t care enough for us,’ Karuna tells her daughter. ‘The problem with your Grand Mar is that she cares too much.’ Karuna’s mother does show moments of physical care for her daughter, taking time off work to boil her soups after the baby is born, ‘of her working overtime weeks beforehand, of her going out and buying … the special food that radiates heat.’ But too much of anything, even love, is smothering – and Karuna feels the full force of this throughout the novel. She also comments that ‘your Grand Mar has never once told me she loves me, or that anything I’ve ever accomplished is any good. She has only ever given me instructions or criticism,’ before revealing she can still tell when her mother is proud of her, even if this is never expressed out loud. This description is revealing about what it is like to be a child in an Asian family.

There is, however, a shift in their relationship when Karuna’s daughter is born – Karuna becomes more assertive, pushing back on her mother’s insistence that she will be known as Karuna’s daughter’s mother, and Karuna will be known as her sister. But Karuna also realises what it is to be a mother. She tells her daughter, ‘Your Grand Mar may not give a toss about my wants, but she tries to meet all my needs. She provides for me, she cares for me, she does things that she thinks are for my own good. This is what she knows to be love – a verb, not a feeling.’ Karuna’s mother softens, too, and Karuna thinks this may be because ‘she understands that, just as she wants to protect me, I want to protect you’. Their relationship by the end of the novel is not perfect or argument-free by any means, but it has developed and matured into one of mutual understanding and respect.

Any teenager (or former teenager) will be able to relate to Karuna’s story, but details like a mention of kaya jam on toast made me feel more seen in a work of fiction than I have ever felt before. Mentions of racism are scattered throughout the novel – none of them particularly heinous, but still indicative of the specific microaggressions regularly endured by Asian women in Australia. One Hundred Days can be an uncomfortable read, a discomfort derived from Pung’s exploration of the complex relationships in Asian Australian families that have, until now, rarely featured in Australian fiction. But Pung’s writing is also infused with humour, warmth, and an understanding of what it is to be both mother and daughter. This is a novel that, at its core, is about the depth of a mother’s love, and the complicated ways in which that love can be manifested. 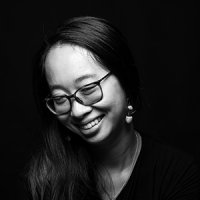 Yen-Rong is a writer of non-fiction based in Meanjin (Brisbane), on unceded Jaggera and Turrbal land. She won the Queensland Premier’s Young Publishers and Writers Award in 2020, and in 2019, she was shortlisted for the Deakin University Non-Fiction Prize. She has been a Wheeler Centre Hot Desk fellow and writer-in-residence at the Katharine Susannah Prichard Writers’ Centre, and her work has appeared in many print and online publications, including the Guardian, Meanjin, and Griffith Review. She is currently working on her first full-length manuscript, Things Left Unsaid. 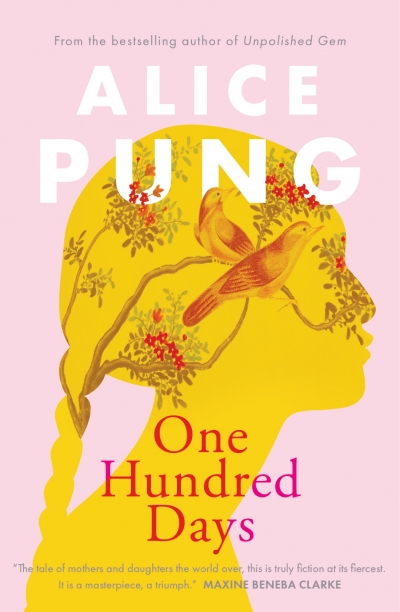