My Year of Living Vulnerably: A rediscovery of love by Rick Morton

In Creating a Character (1990), acting coach Moni Yakim urges students to explore their vulnerability, arguing that, while we admire Superman for lifting buildings, we become emotionally invested only when he’s faced with Kryptonite. It’s ironic, Yakim writes, that vulnerability is simultaneously ‘the one quality a person is most likely to conceal’ and the one that ‘most allows an audience to identify’. This is the terrain Rick Morton traverses in My Year of Living Vulnerably, a mix of memoir, cultural history, reportage, and witness testament. How can we be at peace with our vulnerabilities when, like the dinosaurs Morton used to obsess over, they could eat us alive?

There is no definitive answer, of course, but that’s never stopped the luminaries of science, pop culture, philosophy, psychiatry, media, literature, religion, or social media from having a crack, as Morton judiciously highlights. Maybe not knowing is fine. ‘Doubt,’ as he writes, ‘is the engine of this project.’

The tension between competing Mortons – ‘I’m an optimist by birth and a cynic in my work’ – lends the book a taut through-line on which Morton hangs an investigation into the restorative properties of love and kindness, and regular reminders that he’s no Deepak Chopra: ‘[A]lthough kindness can make you happier, this is not a manifesto to live happily. Fuck that noise.’ In chapters on topics such as forgiveness, touch, masculinity, beauty, and the self, Morton revisits themes from his début memoir, One Hundred Years of Dirt (2018). His early years on a remote, 1,000-square-kilometre cattle station in Queensland still preoccupy him – and how could they not? 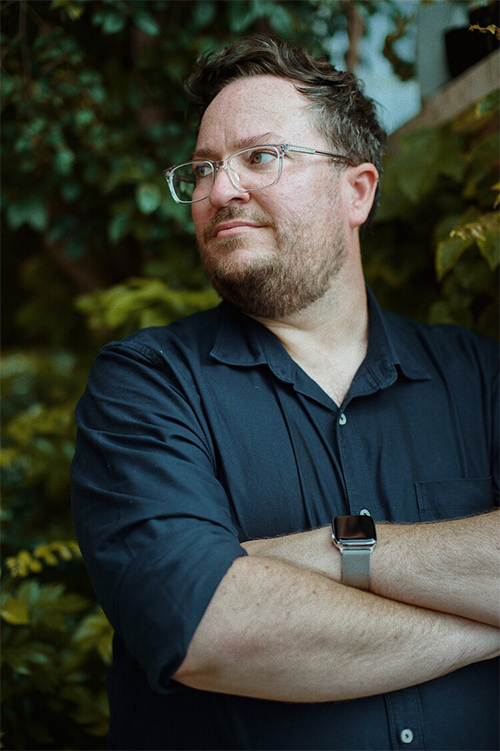 A diagnosis in early 2019 of complex post-traumatic stress disorder sees Morton looking back – often tentatively – towards a serious childhood accident involving his brother, who had to be flown to a distant hospital, and the sudden, concurrent awareness that his father was having an affair with the family’s nineteen-year-old governess. Morton’s traumatised seven-year-old self is a ‘ghost in the machine’, one that, of its own accord, pulls various stress-response levers that have beleaguered his life. Loving that little boy anew, while attempting to leave him behind, becomes a delicate act of disentanglement. Morton writes: ‘I must unwrap his little fists from the cords of my amygdala and cut him loose.’

It is interesting to speculate how the book may have been knocked sideways by Covid, that great reminder of shared vulnerability. The overseas research trips Morton takes in early 2020 with his ‘newly minted book advance’ yield rich material. In New York, he invites a homeless man, Cardell, for a meal at a recently opened diner and orders takeaway for Cardell’s precariously sheltered family. In Japan, he speaks with Yoshizawa, a farmer who, though just fourteen kilometres from the Fukushima Daiichi Nuclear Power Plant, returned to his farm to tend his cows after the 2011 nuclear disaster. One imagines that, had 2020 unfolded differently, there would have been more of these incidental encounters.

Instead, within days of returning to Australia, Morton finds himself in lockdown with his flatmate Séamus, whose job as an intensive care nurse renders impossible the hugs on which Morton had become dependent after half a lifetime of avoiding touch. Maybe as a result, his writing on ‘the complex intersection of pain and loneliness’ is among the most poignant in the book, from a rendezvous with Paro the robotic seal, designed to alleviate loneliness in aged-care homes, to profound reflections on the nature of loneliness itself:

Imagine a bridge that you have chosen not to cross because you are happy on your riverbank. That’s solitude. Loneliness is a washed-away bridge in front of the woman who can no longer remember what the other side of the river looks like.

At times, Morton’s reveals are only half-reveals, a glance into his internal work-in-progress before the curtains are re-drawn. He refers to ‘espionage humour’, used to ‘disguise the many secrets of feeling’, and to the jokes he still makes about being raped, which constituted his first sexual encounter. Told the first time in stark matter-of-factness, the incident resurfaces later as a quip about the night he ‘lost’ his virginity – ‘I told you I could joke about it.’ But then, as he argues, humour in adversity is the opposite of ‘laying down arms’.

Morton is as warm as any blanket, an intelligent, funny, endearing writer. His penchant for self-deprecation, though honed and humorous, might be the only thing readers would want less of – not for their own sake, but his. Nobody is likely to reach the end of a Rick Morton paragraph and think ‘Jeez, that was twaddle’ – the opposite, in fact – so the author’s suggestions that points he makes are ‘anodyne’ (they’re not) or inconsequential (‘Who the hell is going to read this book and change their mind?’) can feel superfluous. Or maybe not. What could be more relatable and human than this type of pre-emptive self-owning? We’re back with Superman, buckled by that glowing Kryptonite, and feeling even more invested in Morton.

We can’t help concluding that things are rarely settled, or rarely settled for long. Curiosity trumps certitude in nearly every situation. Feelings are facts and memories malleable. Traumas – and the dark power they hold over us – are stubborn, mutable, and transferable. We remain both the decorative tablecloth and the stain underneath.

From that renewed sense of inherent motion comes one of the most powerful messages in this quite beautiful book, that life’s fair winds, however scarce, are still significant. ‘What I’ve tried to convey over the course of this book is not a sense of finality,’ Morton writes, ‘but of progress.’ 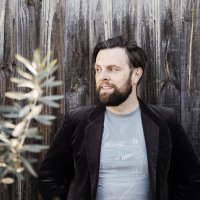 Paul Dalgarno is an author, reviewer and journalist. His debut novel, Poly, is published by Ventura Press. He posts about books on Instagram as @narrativefriction. 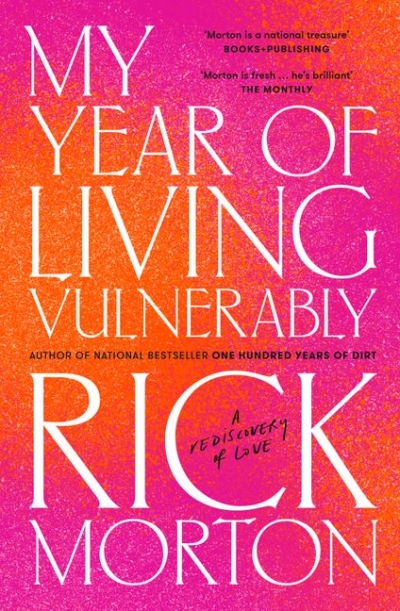 My Year of Living Vulnerably: A rediscovery of love